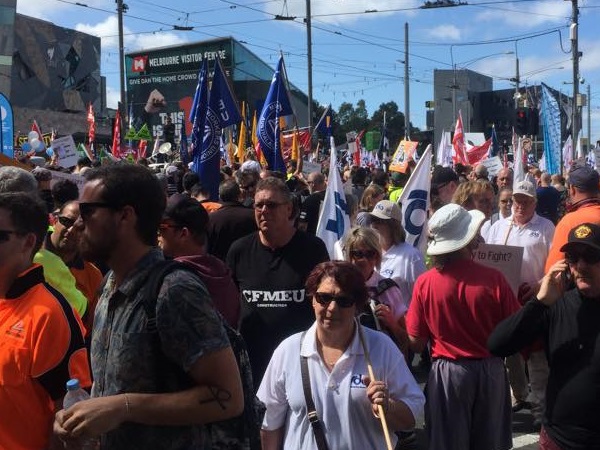 Thousands of workers and union members have rallied against the Abbott Government in Melbourne today to protest against the government’s latest workplace relations agenda.

The crowd began forming in Carlton and continued to grow throughout the morning, gradually moving through the CBD towards Federation Square. Intersections between Swanston Street and Flinders Street were blocked by the rally.

“An Abbott the country can’t afford,” crowds of workers chanted as they made their way through the city.

Representatives from the Community and Public Sector Union (CPSU), Construction, Forestry, Mining and Energy Union (CFMEU), and Australian Services Union (ASU) were among the groups present.

“I will not stand by while the Abbott government strips me of all of my workplace rights. I can’t afford to lose my job,” a CPSU member said. 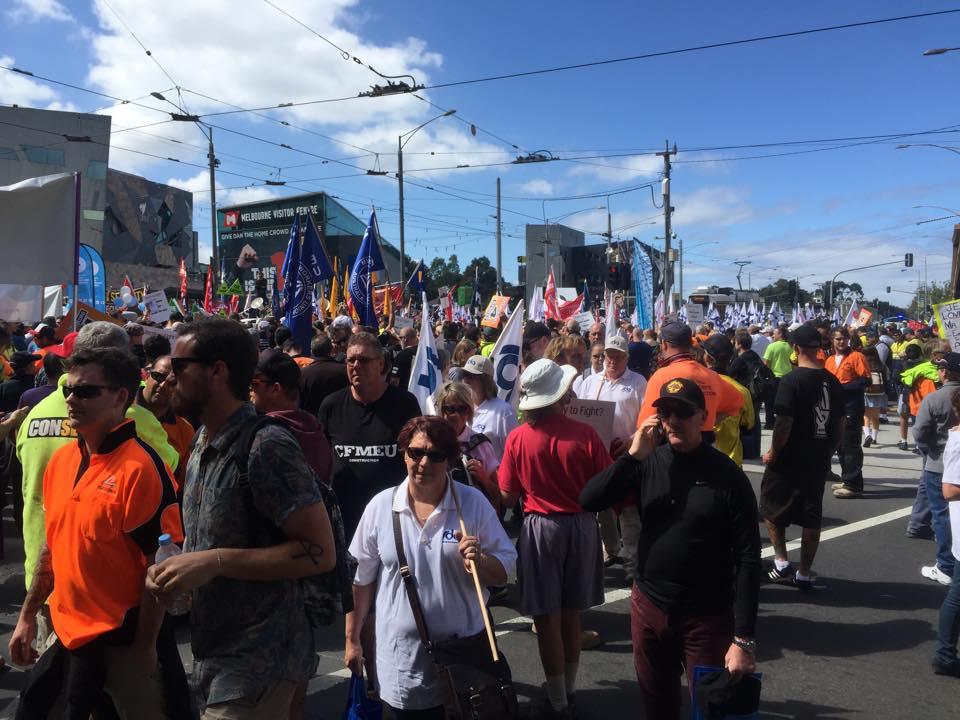 Fears have escalated since the announcement that minimum wages and penalty rates may be cut. The rally is also in response to education costs and recent threats to medicare, despite the government dropping all talks on a GP co-payment.

Construction workers, apprentices and building managers made up a large proportion of the crowd. Troubled Grocon workers were also present.

A man who has been working in construction for more than 15 years voiced his dissatisfaction with the government’s direction.

“I don’t want to work for free, I already work long enough hours as it is,” he said.

Similar rallies took place in 15 other cities and towns across the nation, with Melbourne’s producing the largest turnout. Police monitored the Melbourne rally on horses and by foot to ensure it remained peaceful.

Tam Kendi is a third-year Bachelor of Journalism student at La Trobe University. He is the Politics & Society Editor for upstart and has an interest in world affairs and Australian politics. You can follow him on Twitter: @tamkendi.