Australian wine regions have been heavily impacted by climate change. 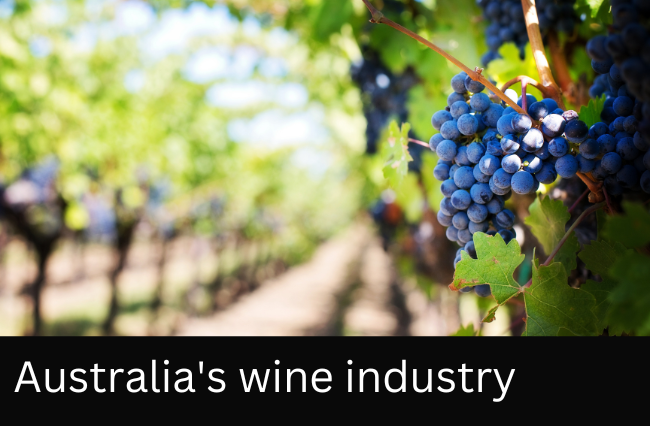 After fires raged near France’s historic Bordeaux wine region in recent months, the Australian wine industry gave their commiserations, knowing full well the effects climate change can have on wine production. They suffered a similar fate in January 2020, where some regions lost up to 30 percent of its vineyards.

While they escaped unscathed from our most recent summer, many wine regions in Australia have still been heavily impacted by climate change, including the Yarra Valley in Victoria. The Yarra Valley has been producing wine since the early 1800s, and has since become synonymous with producing elegant Pinot Noir and complex Chardonnay, but this could all be about to change.

Meg Brodtmann MW is in charge of education and global outreach at Rob Dolan wines, and she isn’t confident that Pinot Noir and Chardonnay will be the headlining acts for the region going forward.

“Pinot is in such growth at the moment, and as a result of that, we’re trying to increase our export markets. But we’ve just slowed it down a wee bit because we don’t have enough Pinot and Chardonnay to fulfill those markets,” she tells upstart.

The increased temperatures in the Yarra Valley mean that growing conditions don’t suit Pinot and Chardonnay grapes, ultimately reducing production. However, Brodtmann says the biggest worry for the region is the increasingly dry conditions, and what that means for the future.

“If we can’t halt warming, we will move out of being what’s called a cool climate growing region, which is where we sit now, and we will have to start looking at planting grape varieties that we wouldn’t ever have planted in the Yarra Valley,” she says.

Grenache is an example of a grape variety that would never have been planted in the Yarra Valley as it ripens late and needs hot and dry conditions. Brodtmann says as temperatures continue to rise, this red variety will become normalised in the Yarra region.

“Grenache is something that normally we wouldn’t be able to ripen as we’re not hot enough for it, but people are planting it now, and it’s getting ripe,” she says.

Changes in climate have already had some substantial impacts on the winemaking process at Rob Dolan Wines. In 2016, record warmth across the region saw the vintage being completed in three weeks, as opposed to the usual 10-12 weeks. Brodtmann says that when you don’t know what vintage conditions are going to bring you, it poses many challenges.

“What that does is you’ve got such pressure on space in your winery, so you have to then invest in more infrastructure. This means more tanks, more chilling, more bins just to get the stuff in, so more picking staff because you’re working 24 hours a day,” she says.

Adding to the expanding demands of new vintages, vineyards must also look towards the future, where the industry has committed to sustainable viticulture.

“The industry has a commitment to net zero [carbon emissions] by 2050 and we’re members of sustainable winegrowing Australia, so we’re working towards being certified members, which means we basically have a sustainability action plan,” she says.

Another vineyard which has shown its commitment to sustainability, is Rosily Vineyard in Margaret River, Western Australia. Rosily has been a certified organic vineyard since 2017, meaning all grapes are grown in an environmentally friendly way. Due to the warmer conditions in Western Australia, Rosily not only produces different varieties of wine, but it also employs different strategies to mitigate climate change.

Margaret River is coming off an extended heatwave over the Christmas period, which no doubt would have tested the durability of the land.

Viticulturalist Jarrod Bawden, says that Rosily’s ongoing commitment as a certified organic vineyard helped the land get through the heatwave and will continue to do so throughout changes in climate.

“By using organic fertilizers such as manure and compost you are potentially improving water holding capacity of the soil and improving soil structure which in turn will help vines get through a heatwave,” he tells upstart.

The winery is also prepared for extreme weather events that involve wind and rain, something Bawden became accustomed to when working in Tasmania.

“In terms of erosion from these large rain events, cover cropping should help with mitigating that erosion issue from large downpours,” he says.

Cover cropping refers to crop planting between and under the rows in vines in order to better manage the land organically. In the example of Rosily, Bawden says the planting of sunflowers helps capture carbon, while the planting of legumes assists with nitrogen fixing – both techniques help reduce soil erosion.

Fellow viticulturalist Richard Smart from Smart Viticulture, has previously said that the grape growing industry in Australia is the “canary in the coal mine for climate change”.

While this statement does point towards an uncertain future for the wine industry, some are finding sustainable practices that may help mitigate the risks of sustained periods of intense heat and dryness that scientists predict we can expect.

PHOTO: Blueberry With Green Leaves during Daytime by Pixabay is available HERE and is used under a Creative Commons license.

AUTHOR: Lincoln Allan is a third-year Bachelor of Media and Communications (Sport Journalism) student at La Trobe University. You can follow him on Twitter @lincolnpallan