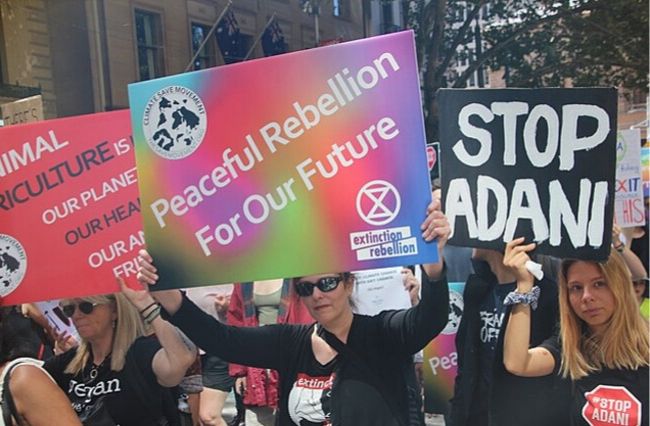 Melbourne drivers will face delays in the CBD today as climate change activists are blocking off busy roads for a second day.

Collins, Spring and Macarthur streets have been locked down by Extinction Rebellion (also known as XR) protesters this morning.

They had several chants during their march including “the ocean is rising, no more compromising.”

The streets were reopened to traffic at 7:30 pm after police arrested 11 XR members who refused to move.

Before the protests finished, XR activists yelled: “we will be back”.

The activists camped in the Carlton Gardens overnight before continuing their protests this morning.

Plenty of drivers were left frustrated by the delays yesterday but some were supportive.

Melbourne man Leo Flander was stopped on his way to dinner by the protests but told the Herald Sun that it was worth it.

“Traffic doesn’t matter when you can’t breathe or eat,” he said.

XR is a global activist movement that was founded in Britain last year.

They have three demands which are now being spread globally:

Photo: Peaceful rebellion for our future – Extinction Rebellion – Melbourne climate strike – IMG 4256 (46662323414) by Takver available HERE and used under a Creative Commons Attribution. The image has not been modified.