Thousands gather in Melbourne's CBD to rally for the closure of detention centres, writes Katherine McLeod and Jesse Robinson. 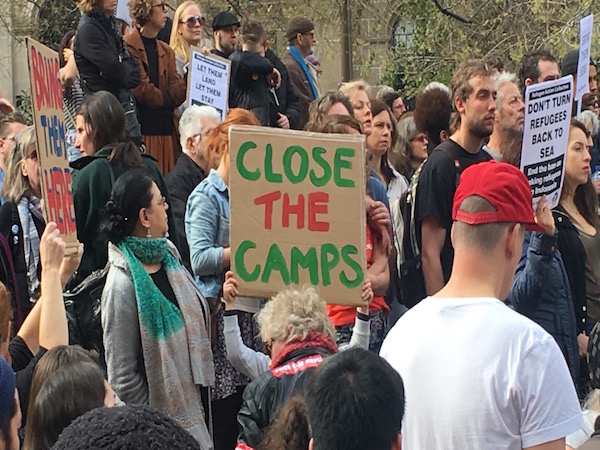 Thousands of people gathered on the steps of the State Library of Victoria on Saturday for a rally to close the detentions centres at Nauru and Manus Island.

The event was organised by the Refugee Action Collective Victoria, and marked the 15th anniversary of the Tampa affair that shaped Australia’s stance on asylum seekers arriving by boat.

The crowd heard from speakers such as Pamela Curr from the Asylum Seeker Resource Centre, Jane Willey, an ex-teacher on Nauru and Greens MP Adam Bandt.

Bandt called on Prime Minister Malcolm Turnbull to take action and end the suffering of refugees.

“Mr. Turnbull, if you’re wondering why people are turning against you in droves, it’s because we want to extend a helping hand, not a closed fist,” he said.

“Year after year people are beaten and broken in the name of the Australian government.

“We would be ashamed if it happened on our shores, but we continually let it happen on Nauru and Manus.

“There is a simple solution, stop spending millions of dollars to keep people in torture, close the camps, bring them here and let them stay.”

Bandt’s words were met with a loud chant of “no racism, no fear, refugees are welcome here” from the crowd. 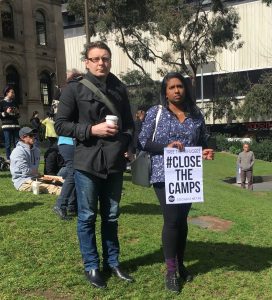 Willey, who was a teacher on Nauru and author of some of the leaked Nauru files, said that she has seen the abuse suffered by refugees firsthand, and couldn’t stay silent about it.

“You never forget those scars that you see on those children. The trauma that they have suffered deeply affects their learning … it causes many backwards steps,” she said.

“I’m scared people won’t believe the Nauru files, but I wrote those reports and not even all the stories are in there.”

The Nauru files are 2,116 documents that were leaked to the Guardian, documenting abuse, self-harm, assaults, and sexual abuse in the detention centres. Similarly, the government’s own Moss Inquiry detailed many of the same things in 2014, finding widespread abuse within the system. 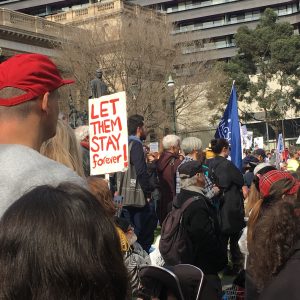 Sophia Colling a spokesperson for the Refugee Action Collective (RAC) spoke about the motivation behind the event.

“We want to highlight the abuse that’s been shown in the Nauru files and the Moss review, we know the camps aren’t a deterrent and we need to pressure the government into change,” she told upstart.

The RAC said that the cost of keeping refugees from Australia’s borders is $10 billion every 4 years, while Australia spends up to $400,000 per asylum seeker per year to keep them in detention.

Protestor Darren Robertson said that he believed it was Australia’s job to help refugees since our government has put them in detention.

“It’s important, you know. These people are coming from war torn countries and poverty, and then we put them in hellish detention centres. It’s not right. We have to help them. If the only way is to give them citizenship here, then so be it. It’s the least we can do for them,” he told upstart.

“There are kids who were made to live on Manus, and those kids were tortured and treated horribly. No child should have to go through what they have in their short lives.” 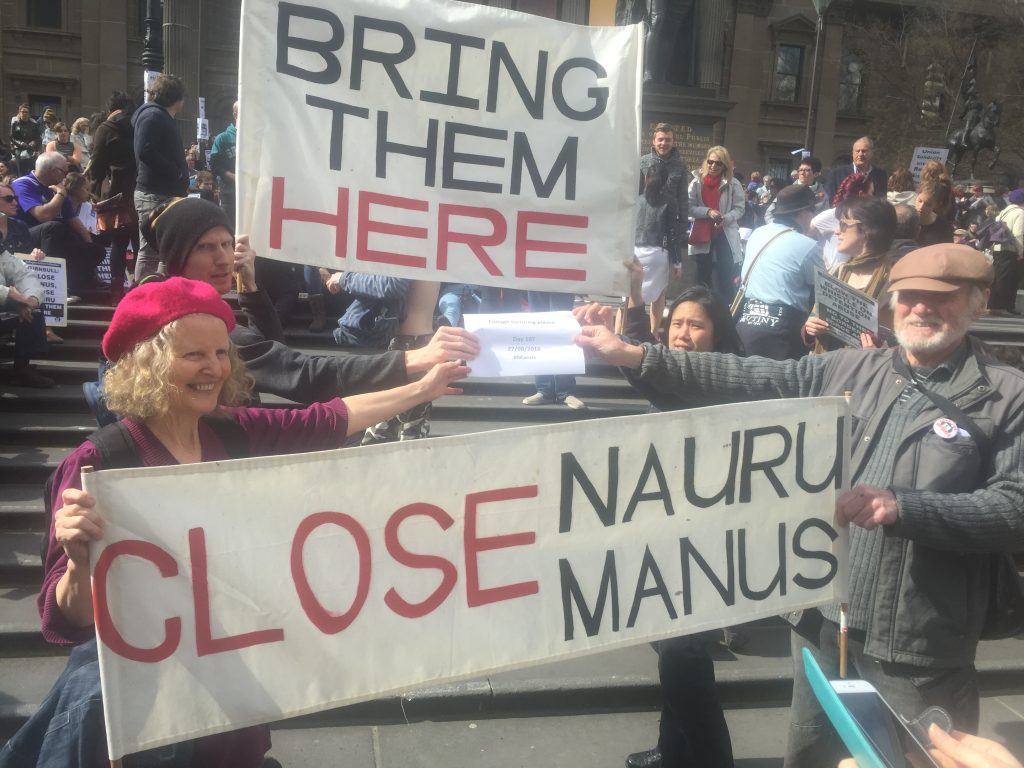 Student Alanah Hill, who attended the rally, said she is worried that refugees would be forced back to countries that were unlivable.

“If our government won’t bring them here to live, then they might have to go back to the places that they fled from, and no one flees from a good place,” she told upstart.

“Some of these refugees don’t have homes to go to, and we expect them to be happy with being in detention? That isn’t good enough. We owe them help, they need our assistance. We have hurt them and it’s our job to make sure they’re finally safe.”

The RAC will begin a workplace selfie #bringthemhere campaign on September 1st.

Katherine McLeod is a third year journalism student at La Trobe University and a staff writer for upstart. Twitter: @kattt_mcleod

is a second year Bachelor of Media and Communication (Journalism) student at La Trobe University. You can follow him on Twitter here: @jesse3robinson