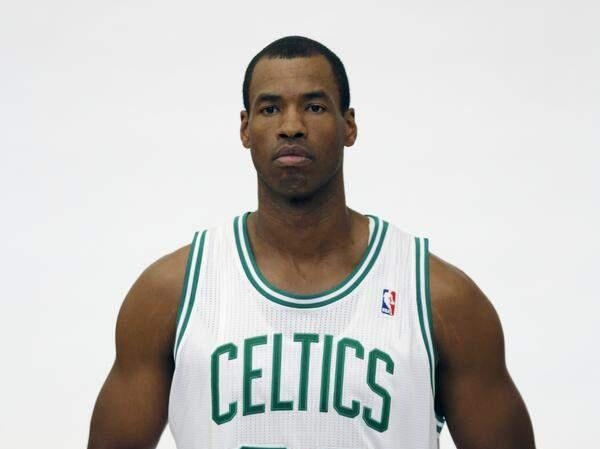 In a landmark moment on Tuesday, NBA big-man Jason Collins yesterday became the first male athlete to announce that he is gay while still active in a major US sport.

The 34-year-old was forced to confront his sexuality during the 2011 NBA player lockout, during which his usual training routine was thrown out of rhythm. Basketball was his usual distraction, keeping his mind occupied and his sexuality hidden.

Two years after this moment of self-realisation, he has gone public in an article published yesterday on Sports Illustrated’s website – and the response has been overwhelming.

Collins wrote: “Imagine you’re in the oven, baking. Some of us know and accept our sexuality right away and some need more time to cook. I should know — I baked for 33 years.”

Having played in the NBA for 12 years, Collins’s revelation may pave the way for other professional athletes struggling to come to terms with their sexuality – not only in America, but around the world.

While any big event in the gay community will undoubtedly attract various controversial reactions, many athletes, officials, celebrities and politicians have taken to Twitter to show their support for Collins. 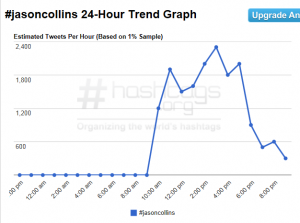 With sports like basketball, baseball and football often stigmatised as buff and manly sports, stereotypes surrounding the gay community have made it – and still make it – challenging for athletes to accept that a person can both be gay and a functioning part of an all-male locker room.

All in all, the generally positive response has taken away much of the uncertainty for future athletes wanting to go public about their sexuality.

The most notable step towards the acceptance of gay people in sport may be the response from Los Angeles Lakers star, Kobe Bryant. In 2011 he received a $100,000 fine for an anti-gay slur at a referee. However, earlier this year he criticized fans for using “gay” as an insult and yesterday, his tweet in support of Collins was re-tweeted more than 20,000 times within an hour of posting.

Proud of @jasoncollins34. Don’t suffocate who u r because of the ignorance of others #courage #support #mambaarmystandup #BYOU — Kobe Bryant (@kobebryant) April 29, 2013

While Collins’s story has highlighted the increasing number of people in support, or at least accepting, of the LGBT community, not everyone saw the decision in a positive light.

Come OUT or NOT- there will be no PATS on the BACK coming from this way- Pats on the back only influence other weak minds to indulge! SMH

Wallace also tweeted: “All these beautiful women in the world and guys wanna mess with other guys SMH (shaking my head)”.

However, he deleted this post along with one other before tweeting, “never said anything was right or wrong I just said I don’t understand!! Deeply sorry for anyone that I offended.”

The two have come under scrutiny, not only from the public, but also from Wallace’s club, the Miami Dolphins, who have released a statement condemning his remarks and stating that they are not the views of the club.

Journalist Doug Farrar argued in his Yahoo! Sports article that people in sport may think this way because they don’t have many gay friends (that they know of) and therefore don’t understand their differences.

He said: “Maybe Wallace needs to be educated… It would seem an easy thing to do… especially since Wallace is a member of a team whose real-life animal mascot engages in homosexuality.”

What people like Wallace and Smith may not realise is that Collins has struggled with his sexuality, and at times has even tried to fight it, so that he could fit their idea of a relationship.

Collins wrote in his article: “When I was younger I dated women. I even got engaged. I thought I had to live a certain way. I thought I needed to marry a woman and raise kids with her. I kept telling myself the sky was red, but I always knew it was blue.”

The news has impacted more than just the basketball world, with Jason Giambi from the Cleveland Indians telling Yahoo Sports that baseball is ready for its own Jason Collins.

Despite differing views, Collins’s words in Sports Illustrated may be looked back on as a turning point in the history of gay people in sport.

“I’m a 34-year-old NBA center. I’m black. And I’m gay,” Collins wrote. “I didn’t set out to be the first openly gay athlete playing in a major American team sport. But since I am, I’m happy to start the conversation.”