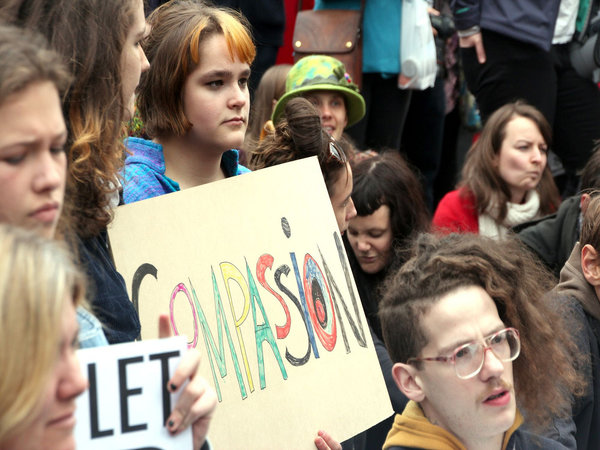 Reports of detention centres’ inhumane living conditions, sexual abuse and mental illness are abundant and despairing to hear about.

It told of the detention centre grouping asylum seekers with criminals from the overflowing prison system.

Nasim was said to be a victim of inmate gang violence.

After pleading with detention centre guards for protection and medical attention, Nasim, who suffered from epilepsy, was placed in solitary confinement.

He was offered only Panadol and sleeping tablets for his physical trauma, despite constant requests for an ambulance.

Nasim’s story appears to have been covered by only three Australian media outlets – The Saturday Paper, The Sydney Morning Herald and The Brisbane Times.

It is difficult for people to digest horrific news on an ongoing basis; eventually it wears them down and they choose to switch off.

The reality of helplessness is too much and the polarisation of living standards too vast.

Unlike articles on suicide or domestic violence, coverage on asylum seeker issues seldom provides a helpline at the close. There are no apparent practical solutions to manage feelings of intense empathetic despair and helplessness.

If there were a helpline, it would undoubtedly direct the reader to the Melbourne based Asylum Seeker Resource Centre.

The ASRC is a not-for-profit organisation which exists to provide support and guidance to asylum seekers and the Australian public respectively.

Helping asylum seekers is a walk in the park! Join us as we #Run4Refugees, part of Melbourne Marathon on Sun 18th Oct http://t.co/MEgf1ypVSp

Aaron Matthews is a volunteer policy officer at the ASRC and a La Trobe University student.

Organisations like the ASRC, Refugees, Survivors and Ex-Detainees (RISE) and Refugee Action Collective produce fact sheets to help people get up to speed, and they’re also active on social media. The Guardian in particular has kept a close eye on asylum issues and The Saturday Paper produces some outstanding long reads.

This is the most important way to drive change in our country. Myths and lies persist in this debate because we aren’t willing to confront them person-to-person. It can be really intimidating to engage with people on this issue, and sometimes you just won’t be able to make headway, but there are also people who just aren’t aware they’ve been misinformed.

Hearing from their constituents can have more of an effect on politicians than you might think. Call or write to your local member and let them know you care about asylum policy. It’s their job to represent your interests, and you may even be able to impart some information they didn’t know before.

In Melbourne, organisations like the ASRC take volunteers with all sorts of skills, from distributing food to language lessons to legal aid and one-on-one mentoring. There are also many other organisations throughout the country working to help people seeking protection.

Not everyone has the time to volunteer hands-on, or lives close enough to a relevant organisation. The ASRC accepts donations of food, clothes or cash, which go towards people seeking asylum, who often receive no government support while their claims are being processed. Check their website for a list of the items most in need.

For guidance or information regarding asylum seeker advocacy and support, call (03) 9326 6066 or visit their website.

Lindsey Martin is a second year media and communications student, majoring in journalism. You can follow her on Twitter: @lindseylexicon.