Think twice before rushing to take your influenza vaccine. 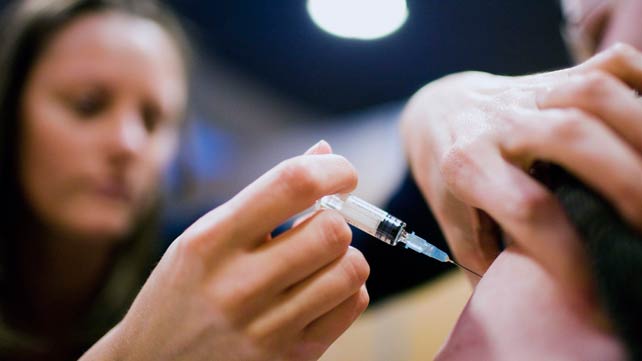 As summer ends and Australians prepare for the cooler winter months, many are thinking about receiving their annual influenza vaccine.

This year, many are rushing to receive the vaccine before the winter months begin.

Last year’s horror flu season saw 48,000 confirmed cases of influenza in Victoria alone. Across the nation, last year saw the highest levels of activities for the flu since the 2009 pandemic year.

The timing in which individuals receive the flu vaccine is critical in ensuring the best protection from sickness. Doctor Lorraine Baker, President of the Australian Medial Association Victoria says taking the vaccine four months before the start of the flu season is the recommended time.

“Because the effectiveness of the vaccine starts to weigh in about four months after immunisation, the recommendation now is to commence flu vaccinations in earnest mid-April and on from there,” Dr Baker told upstart.

Early vaccination can lead to harmful risks, including an increased risk of contracting the flu.

“If you’re vaccinated early in the year, then your immunity provided by that vaccine will start to diminish before the epidemic may be around, so it makes you more vulnerable to getting the flu,” Dr Baker said.

“We try to time the peak immunity from the vaccination to time with the peak of the epidemic.”

Doctor Leanne Jones from the Influenza Specialist Group (ISG) says while there is no official start date for when the flu season starts, it tends to begin in the later months of winter.

“It does vary from state to state, and this is probably one of the issues when you try and have this official sort of day that we’ll start vaccinating people,” Dr. Jones told upstart.

“In the southern states like New South Wales, Victoria, Tasmania and South Australia, it probably starts to happen July, August, and September, and that’s why we are trying to move the vaccination back.”

While every flu season is different to the previous year, Dr. Jones says preparation is key leading up to the winter months and that individuals should be open minded to receiving the vaccine, regardless if they are prone to getting sick or not.

“We know that we have good and bad years, but we can’t say when they are going to happen, and that’s why every year we’re encouraging people to have that vaccination.”

“It’s better to prepare for it every year.”

This year, the Federal Government is providing the elderly with two new enhanced vaccinations for free.

“There are two different versions of this, both are equally effective. One has been what they call attenuated, so it’s actually been made to make your immune system think that you’ve had something stronger. And the other is actually a high dose. So they actually have more antigens in them,” Dr Jones said.

A state funded program for children aged between six months and five years to receive a free flu vaccine has been put in place, while those with at risk conditions under the age of 65 are also entitled to the subsidised program.

“People with asthma, other respiratory diseases and other chronic diseases that make them at greater risk of harm from an influenza infection,” Dr Baker explained.

To ensure that 2018 is not a repeat of last year’s flu season, the Therapeutic Goods Administration has approved the release of new vaccines, with Dr Baker hoping it will encourage everyone in Australia to receive the vaccination.

“The Therapeutic Goods Administration has approved a total of six new vaccines spanning all the age ranges from six months to over 65 years.” Dr Baker said.

“Hopefully, a large proportion of the population will be immunised.”

Dr Baker says influenza is “such a difficult infection to manage” because it can effect different people in different ways and is not just the same one virus.

“There are multiple strains circulating globally at any time.”

Because of the severity of the flu season last year, Dr Jones says nothing wrong can come out of receiving the flu shot, regardless of who you are.

“There is a good case for everyone receiving an influenza vaccine,” she said.

Jessica Micallef is a third year Bachelor of Media and Communications (Journalism) student at La Trobe University. You can follow  her on Twitter on @jessmicallef19