Governments around the world are taking different approaches to tackle gaming addiction. 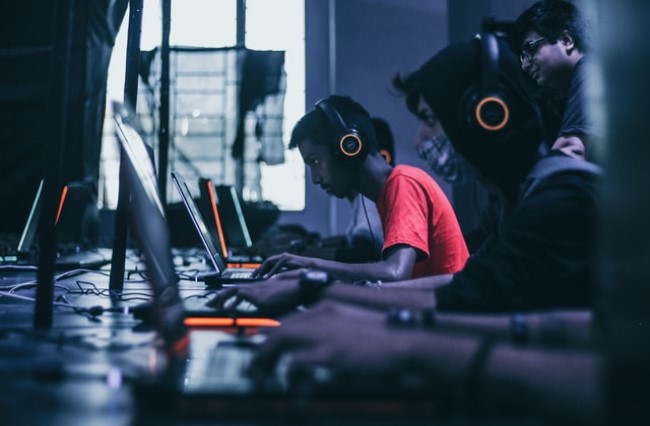 From curfews to military-style anti-gaming camps, China has a history of imposing drastic measures to cut children’s gaming time. Gaming addiction, or gaming disorder, has long been a prevalent issue in China, especially among its youth. According to the China Gamers report, there are 720 million online gamers in China, with over 18 percent spending more than 30 hours per week on games. Online gaming is so popular that the Chinese government are continuously finding ways to reduce the growing concern of gaming addiction.

In September, the Chinese authorities introduced a new rule to further tackle underage online gaming. Similar to the cyber curfew imposed in 2019, the new restrictions ban people under the age of 18 from playing online video games from Monday to Thursday. They are now limited to three hours of online gaming per week, one hour each on Friday, Saturday, Sunday and public holidays, from 8pm to 9pm.

Barney Tan, an associate professor specialising in Chinese IT management at the University of Sydney, says the new rules China introduced feel draconian. But he understands why they’ve been introduced.

“It prevents them [children under 18] from ineffectively being addicted to mobile games,” he tells upstart.

“In the context of Asian and Chinese culture, having the government step in to prevent these negative consequences from ever occurring, it’s not necessarily seen as a bad thing.”

With calls for Australia to follow China’s lead on banning video gaming, it leaves the question, how would Australia tackle gaming addiction if it ever reached the same levels as in China?

“In Western society, I don’t think it [China’s new rules] will be acceptable,” Tan says.

Video gaming is also a popular activity in Australia, with six out of 10 young Australians reported playing online multiplayer games regularly. Last year during the pandemic, they spent approximately six hours per week playing video games, which is lower than young Chinese gamers who played an average of 12 hours per week. Tan believes Australia will never get to the same stage as China because the gaming culture isn’t as intense, and children are more likely to participate in other activities.

“In Australia, the gamers are not fixated with gaming. I think it’s [gaming addiction] more prevalent in Asian culture. I don’t think we’ll ever get to the stage that China has gotten to,” he says.

“If you ask young Australians, ‘what do you do for leisure?’ they’re more likely to tell you that ‘I’m going to the beach’, ‘I’m going out to play sports’, as opposed to sitting at home to play video games.”

Hugh Davies, a game designer and an expert in mobile gaming from RMIT University, shares a similar view, saying that Australia will never get to the same stage as China because video game addiction is more visible and is seen more seriously in China.

“I feel like Australia will never get to the same stage as China in terms of game regulations. Our culture is far more focused on individual enjoyment and freedom, values that videogames tend to reflect well,” he tells upstart.

“Many Australian parents seem content for their children to play lots of videogames, so long as they are staying out of trouble. Our rating systems for games instead prioritise the regulation of violent and sexualised content.”

If addiction were to become an issue as gaming increases in popularity, it is difficult to project how it might be dealt with in Australia. Currently, Australia doesn’t have any regulations to curb addiction. However, Tan says it’s something we should look into.

“There are no regulations curbing problematic or addictive behaviours at all because gaming companies are all for-profit entities. It’s in their interests to have as many addictive elements, features and content because it keeps their customers from ever going away,” he says.

“So, for-profit entities like the gaming companies, it’s always in their interest to keep their players addicted.”

If Australia were to reach a similar stage as China, Tan says it is unlikely that the Australian government would take any immediate action.

“I don’t think any actions would be taken because Australia has never had a track record of enacting measures to curb mobile gaming addiction, [it] has never been a leader in this regard,” he says.

But depending on how successful China’s gaming regulation goes, Davies says that Australia may adopt similar strategies such as facial recognition to allow and disallow the ability to play video games.

“This already happens in Australia where phones and tablets are locked and unlocked by facial recognition. The only difference is that in China, facial recognition is used not just for the device, but for the game content it carries,” he says.

“However, my sense is that currently, the Australian government would be reluctant to be seen as following or emulating anything that China does in terms of games regulation.”

Photo: Man playing on laptop photo by Fredrick Tendong available HERE and used under a Creative Commons Attribution. The image has been resized.

Article: Jordan Janssen is a third-year Bachelor of Media and Communications (Journalism) student at La Trobe University. You can follow him on Twitter @JJordy1210