For most it would likely be surprising to learn that exorcisms, by both the church and independent exorcists, are still commonly performed today 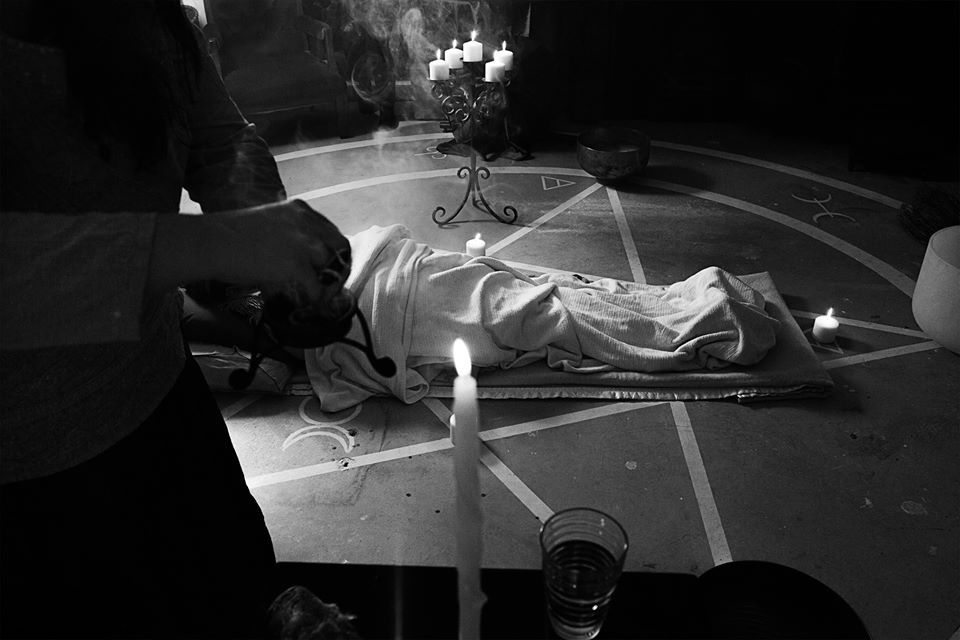 Heads spinning 360º degrees, projectile vomiting and Latin recitation are all synonymous with demon possession and exorcism in horror films. With these Hollywood tropes at work, it’s hard to know what a real exorcism looks like because very few people have ever actually been involved in one.

Exorcisms are an ancient ritual that have been taking place since the earliest records of most cultures and religions. In most religions across the globe evil spirits and possession are mentioned, and in all four Gospels of The New Testament exorcisms are discussed. But the ritual really entered mainstream consciousness in the 1960s and 70s with movies like Repulsion and The Exorcist, seeing a sharp rise in popularity of exorcisms, both in practice and in pop culture.

For most it might be surprising to learn that exorcisms, by both the church and independent exorcists, are still commonly performed today. Many mental health experts, however, see ostensible demonic possessions as only expressions of mental illness, a belief that is backed up by the World Health Organisation (WHO) who claim that dissociative disorders, personality disorders and schizophrenia are seen as the most likely causes of “possession-form presentation”.

An exorcism, according to the terms of the Catholic Church, is a “deliverance from the influences of evil”. The Catholic Church has long claimed to be the authority on exorcisms, claiming that any exorcism performed by another party won’t effectively cleanse that person of their possession. But nowadays, to be exorcised by a trained catholic priest one has to first be ruled out from suffering any form of physical or psychological causes for their behaviour and then referred to an exorcist by their local Bishop, according to the United States Conference of Catholic Bishops.

Retired Catholic Bishop, Peter Elliott, who served as the auxiliary bishop of the Archdiocese of Melbourne from 2007 to 2018, says he came across his first “possessed” individual as a young bishop in the 70s.

“In 1974, when I was a young priest, a troubled teenager was referred to me. He claimed to be possessed because he heard bad voices,” he tells upstart. “I interviewed him and used one of the standard tests, speaking to him in Latin, a language well-known to evil entities.  He did not understand a word. At that time, people were claiming to be possessed because they saw the movie The Exorcist, so when someone claims to be possessed there is also the possibility of suggestion.”

Full possession of an individual is a “very rare” occurrence, according to Bishop Elliot, but individual contact with otherworldly entities is quite common.

“By possession, I mean when an evil entity, spirit or demon, has gained control of the mind, even the body, of a person,” he says. “There is a stage before possession, called obsession or oppression, when that entity is harassing a person, usually trying to take over, causing fear and harm. That stage is quite common.”

“When discerned to be genuine, possession, obsession and infestation all call for spiritual remedies, that is, varied degrees of exorcism. By exorcism I mean driving out an evil elemental or spirit by focused forms of traditional prayer, carried out by a trained individual, usually a priest or minister”.

These days you don’t need to be referred by a Catholic bishop to find yourself an exorcist. A simple Google search can lead you to a number of other options, including exorcisms done over the phone.

Lizzy Rose is a self-proclaimed psychic and witch based in Melbourne. She is also a practicing exorcist who performed her first one at 22 years of age. Over the years of practicing, Rose has developed what she describes as her own effective ritual since she is not “boxed into any particular belief system or religion”. She claims to have witnessed both demonic possession and the driving out of evil influences that exorcisms provide.

Rose tells upstart that at the age of 12, she realised she had the ability to see things that regular people could not.

“As early as the age of 10, I could see spirits,” she says. “But I didn’t know they were spirits. I would see shadows and I would see shapes. I thought everybody was also privy to seeing this energy. And I didn’t for a large part until I was probably 12 realise, they were dead.”

She says she witnessed her first exorcism as a teenager when she found herself in a house in Adelaide with a biker group called the God Squad, who took her to the residence of a young woman who was supposedly possessed and in need of an exorcism.

“It was quite intimidating to have these men all in leather, even though they’re quite gentle,” she says. “They were holding the bible, reciting certain chants and words, and I’m thinking, ‘are they doing something wrong to this girl in there?’ and peeked my head in.”

“The whole room was like grey cloud, it stunk like a graveyard, like you could smell death. And there was a young woman, 19 or 18 years of age laying down on the bed, completely pale, like Snow White, short dark hair, and shaking uncontrollably.” 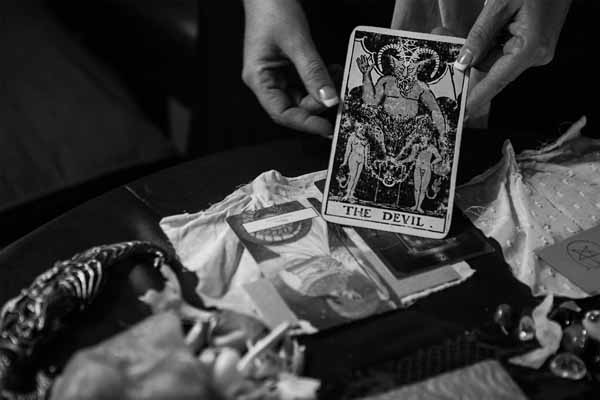 With so few people having an experience with possession, there is a lot of doubt over whether it is real, but is it possible that there is a whole “other world” out there that we are unaware of?

“There is a paranormal world all around us, or as the X Files asserts, ‘the truth is out there’,” Bishop Elliot says. “Most of us do not experience the paranormal directly, or perhaps only in a mild form now and again.”

“We do need to be more aware that possession is real. But also, not to live in fear,” she says.

Many experts believe that these cases of possession are really undiagnosed cases of mental illness. Research has also found this to be the case.

A study of eight polish women who were all believed to be “possessed” were found to be suffering from differing forms of “personality-related disorders”, and that “notions of possession can justify unaccepted conflicts and impulses associated with anger, sexuality, and attachment needs in women with personality disorders”. The report also concluded that a person’s world-view and beliefs play a part, and that “individuals without a psychiatric diagnosis” express their “conflicts and needs in culturally legitimate ways”.

Another report on 20 Chinese citizens who believed they were possessed showed clinical characteristics of a dissociative trance disorder. The majority had also experienced some form of trauma in the lead up to their “possession” including family illness, witnessing or hearing about death, and economic problems.

Lizzy Rose says that most cases she comes across are mental illness and are often triggered by a certain event. These range from developing anxiety to “surviving a car crash” and these things can make them believe “something is with them”.

“I would say 75 to 80 percent of the calls I receive and the cases I see, is anything else but possession. So, it is quite rare, you know, maybe 20 to 25 percent is possession, but there are variable levels of possession, the extreme demonic as in completely taken over, is only 1 to 3 percent a year,” she says.

Bishop Elliot, however, believes that the church do a sound job of separating the mentally ill from the possessed and that the two are sometimes intertwined.

“There are some cases—not many—when spiritually afflicted people are misdiagnosed as mentally unwell. As an experienced exorcist explained to me, the most difficult situation arises when there is a combination of schizophrenia and possession, when the mental issue masks the deeper diabolical problem,” he says.

Bishop Elliot says the claim that all possessions are cases of mental illness is not reasonable. The fact that exorcisms have been taking place and have been witnessed taking place for large parts of history shows that the battle against possession is very real.

“So, the argument it’s all in the mind? That does not explain exorcisms away. The mind is the gateway to the soul. So, the stakes are high.”

*This article was written without consultation with any licenced medical practitioners. Demonic possession is also unproven by any scientific evidence.