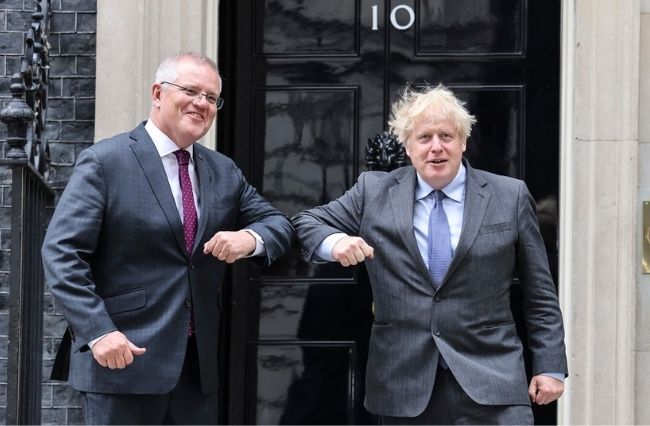 While Prime Minister Scott Morrison announced he might not attend the upcoming climate talks in Glasgow in November, COP26 president, Alok Sharma urges the Commonwealth to make climate their top priority.

Although advocates have urged Australia to take action, the Australian government has become increasingly isolated in responding to efforts on the climate crisis.

Australia has committed to reducing greenhouse gas emissions from 26 percent to 28 percent by 2030, compared to 2005 levels. A goal that sits well below commitments made by other developed countries including the United States, the European Union and the United Kingdom.

However, according to the Climate Action Tracker, a group that tracks climate policies around the world, Australia’s promises do not meet the requirements necessary to meet the threshold to keep global warming within 2 degrees Celsius, let alone 1.5 degrees.

After China, Australia is the emerging pariah of the COP26 discussions according to international leaders such as climate envoys John Kerry and Alok Sharma.

Sharma stated he wants the world to set an end date for coal at the summit and will call countries to refocus their commitments to maintain global warming at 1.5 degrees above pre-industrial levels.

The minister in charge of the next month’s Glasgow climate summit has challenged Australia to double its 2030 emissions reduction target and urged Morrison to attend the talks in person.

Sharma framed Australia’s participation in the summit as a way to gain Britain’s friendship back.

“I would dearly love the Australian Prime Minister to come,” Sharma told The Age. “I can understand that every leader will have to take into account what is going on domestically but COP26 really matters and we want to see as many world leaders as possible.”

“You’re some of our closest mates in the world, and we need you by our side to demonstrate the unity of purpose that is going to be really essential at this summit.”

Actions taken by NSW and Victoria could help the government meet its 2030 target, but the Coalition’s political uncertainty left most cabinet ministers unaware of what Morrison is planning to do just three weeks before the Glasgow summit.

According to Sharma, the urgency of the climate issue requires Australia to take stronger action.

“Australia is a great friend, and I really want one of my closest mates to come to my party and I want them to sing the same songs,” he said.

“And that in a climate context means more ambition on cutting emissions and it means more support in terms of financing for developing countries.”

When asked about the possibility to achieve net-zero emissions without a carbon tax, which Morrison and Albanese reject, Sharma highlighted that the international landscape was changing rapidly.

“Even China now has an emissions trading scheme,” he said. “It is internationally acknowledged that countries are going to have to domestically and internationally address the whole issue of carbon pricing and carbon leakage – every country will have to get there.”

“And so my advice to any country is to start to think about this now.”

Photo: The Australian PM Scott Morrison Greeted by PM Jonhnson at No 10 by flickr can be found HERE and is used under a creative commons licence. This image has not been modified.