While some use the comments section on social media to voice their concerns, others are taking their comments a little too far and weakening their relationships in the process. 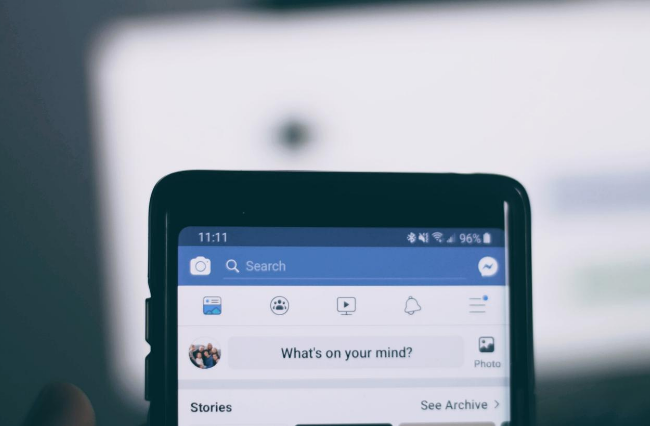 When you jump onto Twitter, Facebook, or Instagram, do you notice negative posts or comments? It may be a friend’s uneducated political opinion, a COVID-19 conspiracy theorist, your racist family members, or your easily offended Nan. If you find yourself ticking any of the above boxes, you can find comfort in knowing that you’re not alone.

In recent years, social media has become a catalyst for change, providing people with a platform to speak out. As controversy surrounds the Black Lives Matter movement and arguments circle COVID-19, many have found that agreeing on something in 2020 is almost impossible; but agreeing to disagree is almost just as painful.

What is said online, stays online. This is a value that many family members have had to learn the hard way, as their negative online presence could have the power to force their family apart. At this point, you’ve probably asked yourself whether blocking your friends or relatives online is a healthy solution to the problem, as many already have.

A study conducted by United States marketing firm Digital Third Coast showed that almost a quarter of people had engaged in an argument with someone online this year. Twenty percent unfriended an acquaintance, and 15 percent had unfriended a family member due to online confrontation.

Social media user, Antonia Manariti, has observed a similar situation when she noticed that one of her older relatives regularly sparked controversy online.

“Because this is an older person, it actually makes you feel really disappointed in them, that they haven’t grown up enough to understand that the world is changing,” Manariti told upstart.

“Things that they may have thought were okay when they were younger probably most likely aren’t okay now,” she said.

“Some things are just so ignorant to say, even if they don’t affect me directly, there are so many minorities that are going to get affected by this type of behaviour and this type of thinking.”

Louise Bloom, a practice specialist in Therapeutic Services at Relationships Australia, says that people behave differently online because they feel confident behind an anonymous façade.

“There is a sense of being hidden which breaks down the barriers of politeness, boundaries and kindness. It creates a scenario that people can let out their anger, frustration, hate, prejudices, and judgements without being held accountable,” Bloom told upstart.

Antonia Manariti says that acceptance of a different belief can be very difficult, and her solution is often distancing herself from that person.

“If I believe they’re extremely racist, extremely homophobic, sometimes with family members it’s hard to cut ties, but I’ve definitely distanced myself. I’ve also sort of not spoken about certain matters in front of people, just because you know what their response is going to be,” Manariti said.

Psychiatrist Abigail Brenner wrote in an article for Psychology Today, that accepting a person as they are is a better solution than trying to “fix” the “difficult person”.

Online arguments that take private family issues into the public arena can be difficult when escalated and, in some cases, become personal.

“Inevitably there will be topics that represent points of disagreement and disharmony. Know what these topics are, and be extremely aware when these are brought up,” Brenner writes.

“The argument can become heated, accelerating quickly to personal attacks which often includes trying to make you feel responsible or guilty for not responding the way someone wants you to.”

Despite this, Bloom suggests that people should remain polite, simple and non-reactive when engaging in a social media debate.

“If needed, walk away from social media – allow some time to pass before you react or respond. Don’t ever write or share a response when you are sitting with a reactive emotion such as anger, frustration or a feeling of being attacked,” Bloom said.

“Write down what you want to say before posting it on social media and then re-read it once your emotional response has decreased, then decide if you still want to share it. Be aware that your comments could hurt or upset someone else in a very public way.”

Article: Madisson Ball is a second-year Media and Communications (Journalism) student at La Trobe University. You can follow her on twitter @MadissonBall

Photo: Person holding smartphone by Joshua Hoehne available HERE. Used under a Creative Commons Attribution. The image has been resized.