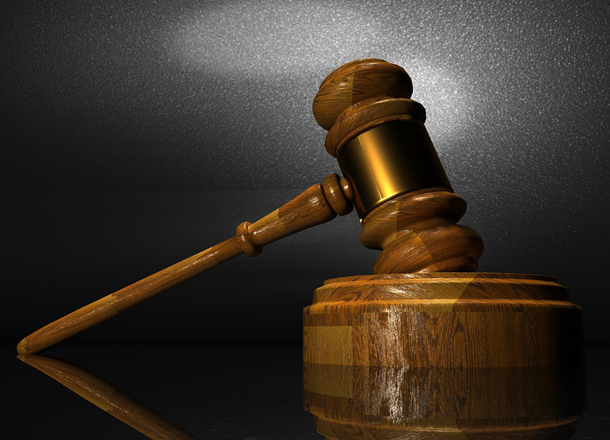 Amidst Professor Arie Freiberg and Justice Christopher Beale warning of media inaccuracies resulting in a misinformed public, Faine was the only panellist to suggest Australian court practices should be questioned instead. 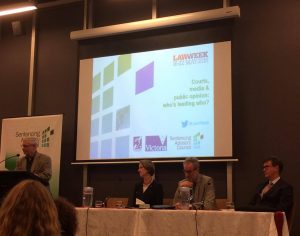 “Why is the legal profession stuck in the past?” Faine asked.

“The Supreme Court have given up on wigs, they still talk in gobbledegook and judges in the County Court, the busiest trial court, still wear wigs. If there’s a single person here who can rationally and reasonably explain to me why, I would love to know,” he said.

“But if you want to run a legal system that’s not a laughing stock and not a parody of 16th century England, well for goodness sake, get on to the fact that it’s 2016 and you have to communicate effectively with people if you want your message to stick.”

Pointing out that the European Court of Human Rights, the US Supreme Court and the House of Lords all issue press releases with their judgements, Jon Faine asked why the Australian legal system can’t also adapt to suit the needs of their audience.

“It’s a product of culture, it’s a product of a self sustaining legal culture of an insular bunch of people who still think the courts are their own club. It has to change,” he said.

Professor Freiberg spoke against generalising all news outlets under the one heading of ‘The media’.

“Clearly the media are influential players in shaping penal policy… we’ve got be very careful not to lump the media together because some media takes some views and some others. Some are more influential than others because of their circulation, readership or their presenters,” Freiberg said.

Faine agreed, pointing out the vast differences across publications and outlets.

“I have nothing in common with many of the other people who work in Melbourne media, except the technology,” he said.

“[They] do whatever they need to do to make a profit for their shareholders, it’s as simple as that,” he said.

“If it means stoking up fear and paranoia, if it works, it works.”

Despite the clashing values, Faine warned against a compulsive need to defend the legal system. The challenge is that the legal system must work to become more accessible to the public.

“You have to communicate effectively with people. You can’t any longer talk in a language they don’t understand, you can’t write judgements that are three hundred pages long and expect people to understand them,” he said.

Faine also talked about the therapeutic nature of victims being able to tell their own story and being included in the legal process.

Using the private hearings in the Royal Commission into sexual abuse as an example, people come out of the courts and say, ‘Thank you, I’ve been heard.’

“And I’m quite convinced that one of the reasons is because the people involved have been included. They’ve gone along on the path and they’ve understood…they been able to tell the story,” Faine said.

Faine finished his call to action by invoking a lesson he took from Gloria Steinem’s book.

“In a time of shorter attention spans, what worked years ago will not work in future… The risk is if you thought things were bad now, they will be catastrophic in the future,” he said.

“We need a way to webcast courts… The technology is there, it’s just another way of telling a story.”

The full panel discussion will be available from the Sentencing Council in the following days.

Rachael Roberts is upstart’s Media Editor and a third-year Bachelor of Journalism student at La Trobe University. You can follow her on Twitter: @1rachaelroberts.