What does this once-in-a-lifetime pandemic mean for the future of Australian food production and food security? 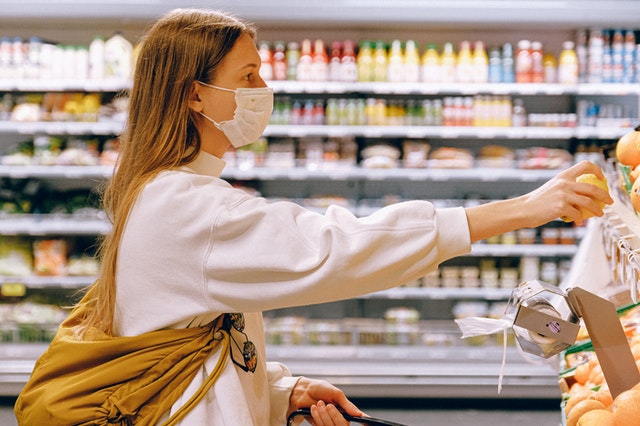 In early March 2020, supermarket shelves were stripped bare by panic buyers in response to the COVID-19 pandemic. It was the first time in recent history that Australians have had to worry about the possibility of a food shortage.

While experts were quick to assure Australians that there was a plentiful supply of food in the short-term, this prompted the question of Australia’s self-sufficiency in terms of food production, and the sustainability of the global food supply.

What are the possible impacts of COVID-19 on the global food supply?

When looking at the impact of the coronavirus on the global food supply, Head of the Plant Ecophysiology Research Group at Monash University and President of the Global Plant Council, Professor Roslyn Gleadow, believes there are three main aspects to unpack.The first is to look at small landholders and farmers in sub-Saharan Africa, where a large portion of the world’s food is produced.

“[A disruption to health] will make a big impact on food security in the developing countries that are reliant on small farm holders and small land holders,” she told upstart.

“We are looking at potentially really big impacts if we see COVID developing in a big way.”

The other two aspects Professor Gleadow identifies include issues with transport and border closures in the wake of the pandemic, and the impact it has on itinerate workers like fruit pickers and getting food to market.

“We do know that if you don’t have movement of trucks and planes in and out, that some countries, especially developed western countries, can be very much in danger of shortening the supply,” she said.

An example of this was seen back in 2010, when the eruption of the Iceland volcano meant that planes in Britain were grounded and perishable goods like fruits and vegetables couldn’t make it to supermarket shelves. With the United Kingdom importing about 90 percent of its fruit and 60 percent of its vegetables, it left a big gap in the market.

But what about Australia’s food supply?

Despite temporary shortages of some food items in supermarkets, when it comes to food security, Australia is actually in a very comfortable position.

Food security can be defined by four pillars – availability, access, utilisation and stability of supply. Australia’s average income per capita means most citizens have access to nutritious food, and modern agricultural practices mean farmers can produce a surplus of food for the nation, usually exporting around 70 percent.

A consultant on irrigated agriculture and agronomist, John Lacy, says farmers haven’t really been impacted by the pandemic.

“I think the only direct effect of the virus on them is that there is some shortage of chemicals for their farming from China, but I think most farmers have overcome those shortages,” Lacy told upstart.

The Australian food and farming industry faces much bigger threats than the coronavirus crisis. Professor Gleadow believes that the pandemic has been able to bring to light some underlying issues, including environmental factors such as drought and climate change, as well as the bushfires that happened earlier in the year.

“What we are seeing is just a hiccup or sort of a wake-up call that there other things going on in the world,” she said.

What are some changes we will see as a result of the pandemic?

In terms of agriculture, Lacy believes that the pandemic may prompt more resources to be made in Australia to eliminate the need for importing as much as possible, but this could also be a double-edged sword.

“It’s a bit of a cartwheel, because my understanding of the reason we buy so much from China, in particular with, say agricultural chemicals, is because they are so cheap,” he said.

“If we were to produce these chemicals in Australia they will be a lot dearer, so the agricultural industry will have to weigh up the extra cost. So I think there will be quite a discussion to look at merits of both, either producing here or still importing.”

Professor Gleadow believes agricultural technology will develop increasingly as a result of the pandemic, to help further improve our farming practices.

“I think everything to do with agricultural technology will be expanded and robotic, and the upside of that is that it also allows you to tweak all those things that we need in climate change, all to improve productivity…. I think this is a really positive thing for agriculture both in response to COVID-19, but it will also help our response to climate change.”

While they don’t have to worry about food running out anytime soon, Professor Gleadow is optimistic that this scare will make Australians realise the importance of buying and eating locally produced food.

“We are seeing a gradual erosion of aspects of horticulture in Australia over the last 15 to 20 years, and what I would like to see is the reversal of that so that we can rely less on imported food, and that we produce the diversity of food that we need,” she said.

“My hope is that the change we will see is more local food production. It may mean that food is more expensive but the people will have to wear that.”

Article: Phoebe Doyle is a second-year Media and Communications student (Journalism) at La Trobe University. You can follow her on Twitter @phoebedoyle_

Photo: Woman Wearing Mask in Supermarket by Anna Shvets available HERE and used under creative commons attribution. The image was not modified.