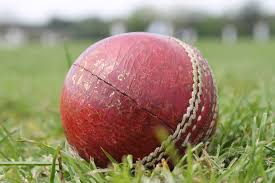 The documentary includes unconfirmed allegations of two Australian players that were involved with match-fixing during last year’s drawn Test between Australia and India.

The drawn match was played at Ranchi, where a criminal claims two unnamed batsmen were paid off to bat slower during a period of play.

CA chief executive James Sutherland said “there is no credible evidence linking Australian players to corruption in the game,” following a documentary highlighting match-fixing was aired by Al Jazeera on Monday morning (AEST).

“We urge Al Jazeera to provide all unedited materials and any other evidence to the ICC investigation team, so, if appropriate, a full and thorough investigation can be conducted,” Sutherland said in a statement.

“Cricket Australia and the ICC take a zero-tolerance approach against anyone trying to compromise the integrity of the game,” he said.

Sutherland stressed the seriousness of the matters, despite not being provided the documentary or any footage relating to the allegations.

“Although not having been provided an opportunity to view the documentary or any raw footage, our long-standing position on these matters is that credible claims will be treated very seriously and fully investigated,” he said.

The ICC have launched an investigation into the allegations made against the two unknown players.

The same documentary also captures a groundskeeper and two alleged match-fixers agreeing to fix the upcoming Test tour between Sri Lanka and England in November.