Should the popularity of T20 franchises worry cricket’s traditionalists? 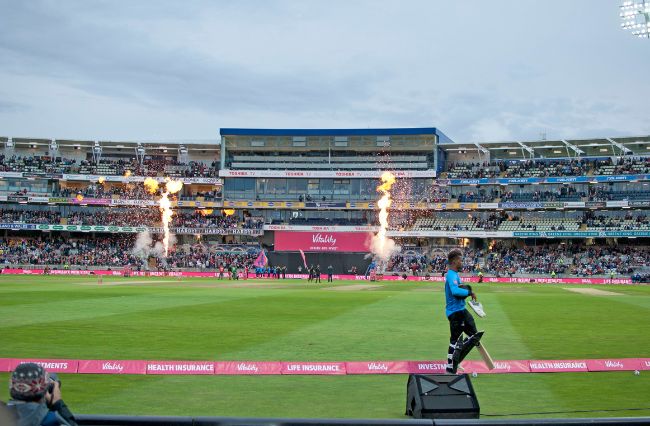 Cricket, in all its history, is entering its biggest evolution.

While Test cricket is still seen as the final frontier for any cricketer, the world of one day and T20 internationals is losing traction. Fast.

Ever since the Indian Premier League’s (IPL) inception in 2008, fans, cricket boards and players have become drawn in by the allure of T20 franchise cricket. Currently, there are domestic competitions in India, England, South Africa, UAE, West Indies, New Zealand, Pakistan, Australia and more.

With cricket being such a difficult game to become successful at internationally – there are only 11 players in a team – combined with the amount of money that private investment companies are pouring into leagues such as the IPL, it’s no wonder cricketers are looking to play for a T20 franchise club over their own country. Especially with how enticing the vast amount of money that is on offer from every competition, in particular the IPL. For example, the highest paid player this IPL season was Indian cricketer KL Rahul, who allegedly earned more than $3.2 million.

Veteran cricket journalist and chief cricket writer for The Australian, Peter Lalor, believes that the world of cricket is at a tipping point, where players may decide to prioritise playing for club over country for the first time in cricket’s history.

“They will make significantly more money by playing in what are termed, domestic leagues, overseas than they ever would for playing with their country,” he tells upstart.

Lalor says that a cricketer’s short career means there is only a brief money-making window.

“You have a certain amount of time to earn some money and at some point, when you have a wife and children and no career prospects with a three-year playing career left, who wouldn’t go and try and bank a few million dollars here and there?”

As T20 franchises continue to grow, which is expected due to the large number of viewers and crowds the IPL experiences, the role of a T20 specialist may become more common. But this doesn’t surprise independent journalist and author, Gideon Haigh, tells upstart he believes the opportunity to earn big money through T20 cricket while playing in front of packed crowds would be highly exciting for any cricketer.

“Given the choice, would you rather play for KKR against Mumbai Indians before a teeming multitude at Eden Gardens or the forthcoming Test against West Indies at soulless Optus Stadium in front of a few scattered thousands?” he asks. “Much as I love five-day cricket, for a modern cricketer I think it’s a no-brainer.”

While there is strong concern from cricket’s traditionalists about the rise of T20 domestic competitions, the switch in focus doesn’t necessarily mean that international formats such as Test cricket will fall by the wayside. As Lalor believes the “lure” of playing and representing your country is still a strong enough pull for cricketers.

“You can’t discount the fact that people pride themselves on being Test players and being Australian cricketers more than they do, to this point at least, by the measure of their bank account,” he says.

However, some cricketers are turning away from the international game with England captain Ben Stokes retiring from one day internationals (ODIs) and New Zealand bowler Trent Boult’s semi-retirement from all international formats, with both choosing to focus on franchise cricket. Lalor still believes, however, there is still little indication that the majority of cricketers will begin to care less about the longer formats of the game.

“Everybody thought when David Warner played a T20 international for Australia and then went to the IPL before he’d even played a first-class game for Australia, that he was the prototype for the modern cricketer and that people would follow his lead,” he says.

“It’s very rarely happened, and if you look at David Warner’s career, he’s about to play his 100th Test for Australia.”

The concerns of cricket traditionalists about the future of Test and ODI cricket are understandable given how exciting and appealing the life of a T20 specialist appears, especially for young cricketers. Playing cricket all around the world, hopping from country to country, all while receiving an eye-watering salary. Who wouldn’t relish the opportunity?

Haigh knows the life of a T20 cricketer better than most after he co-wrote a book with one of Australia’s most successful franchise players, Dan Christian. The book, The All-rounder, is based on journals Christian wrote while travelling the world as a “T20 gun for hire” from April 2021 to January 2022.

Christian details the joys of travelling the world playing cricket with friends, but also the struggles of being away from home and his family. While that lifestyle may be fast and exciting, Christian also found that there wasn’t much time to sit back and enjoy victories with teammates and family.

“In modern cricket, there’s not much chance to lay memories down,” he wrote.

“There’s always another game. Even when you win, you’re usually on your way to somewhere else the next day.”

Although the lifestyle may work for a period of time, Lalor wonders whether the career of a T20 specialist would be sustainable over a decade or more.

“As far as the lifestyle goes, it’s cruel, it’s a tough one, isn’t it? The mental health issues [have] become quite acute recently. Hopefully it’s not so acute in years to come,” he says.

“Players don’t just need coaching support around them, they need social support. And that camaraderie of travelling the world as a group, which you get playing for your country, I wonder if you get that playing for franchise cricket.”

Author | Marcus Beeck is a second-year Bachelor of Media and Communications (sport journalism) student at La Trobe University. You can follow him on Twitter @beeck_marcus .

Photo | ‘Edgbaston 004 ps’ by Simon is available HERE and is used under a Creative Commons license. The image has not been modified.