Giants season hanging by a thread after their dismal performance against Adelaide Crows. 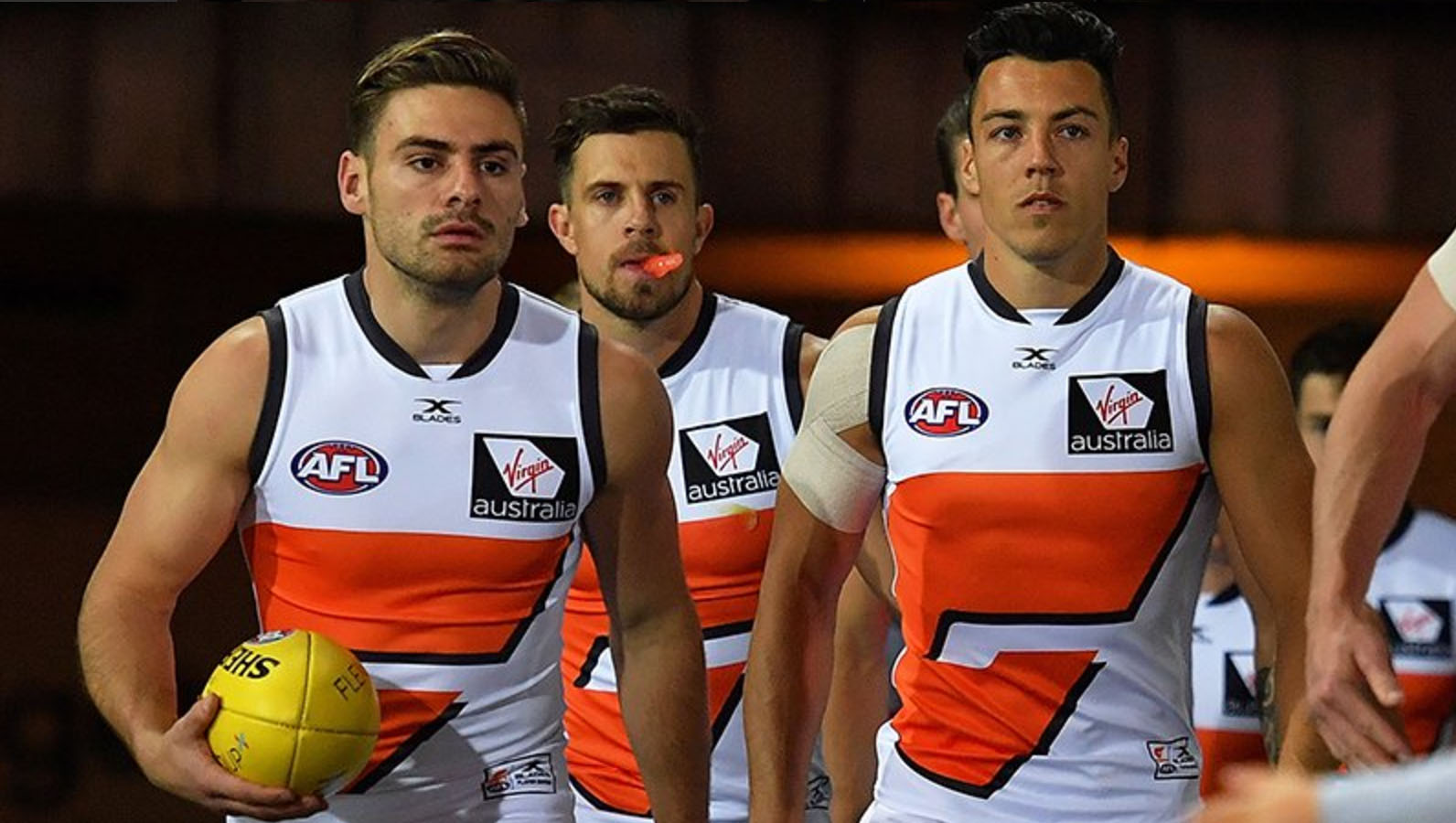 This wasn’t supposed to happen.

This was the year that the Giants were going to realise their potential and cruise into the finals on the way to their first flag.

Fourteen rounds into the 2017 season the Giants were living up to their billing, sitting atop the AFL ladder.

After winning ten of their first 13 games, the Giants fell into September winning just four of their last nine games.

Despite their alarming form-line the Giants still clinched a top four berth and secured a qualifying final against the Adelaide Crows on Thursday night.

Unfortunately for the Giants, Don Pyke’s men didn’t read the script as they crushed the Giants to the tune of 36 points.

This team of carefully crafted, elite young talent was put to the sword by a ruthless Crows outfit that was simply better on the big stage.

The Giants managed just one goal in the entire first half as the Crows piled on eight majors of their own.

With Rory Sloane watching on from the coaches box, the Adelaide midfield brigade stepped up in his absence and bullied the Giants around the contest.

While the Crows midfield core may be unheralded in comparison to the star-studded Giants line up, they outworked them in the pivotal moments all night.

Matt and Brad Crouch put on another masterclass, racking up fifty-eight disposals between them.

Josh Kelly and Callan Ward battled gallantly for the Giants, yet struggled to have a meaningful impact on the game.

The Giants season now hangs by a thread as Leon Cameron desperately searches for the missing ingredient before next week’s semi-final against either Port Adelaide or West Coast.

If GWS are to salvage anything out of the 2017 season, Cameron must lift the lid on the Giants scoring prowess.

After averaging 103 points over the first 14 rounds of the season, the Giants have averaged just 78 points in their last ten games.

More alarmingly the Giants haven’t scored over 100 points against a finals opponent since round 11.

The Giants have opted to go with a tall forward line for much of the season, with Jeremy Cameron, Jonathon Patton and Rory Lobb all roaming the Giants forward fifty.

Add Toby Greene, Devon Smith and Steve Johnson to the mix and the Giants should be an offensive juggernaut.

Leon Cameron has all the pieces in his hands, but right now the Giants are connecting like a broken puzzle.

Jeremy Cameron’s finals campaign is in doubt after injuring his hamstring in the loss, which may force the Giants to downsize their forward line. 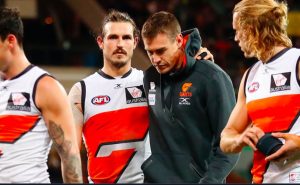 Jeremy Cameron is consoled by Phil Davis after the game.

Steve Johnson was dropped for the final against the Crows for his lack of defensive effort and form, but will surely be considered for a recall after the Giants lack-lustre performance.

AFL legend Leigh Matthews said that Steve Johnson must be considered for a recall in a last-ditch attempt to revitalise the Giants forward line.

“One game can make a big difference because you look at them tonight, in that forward half nothing has looked good,” Matthews said on Channel 7.

“I think Steve Johnson has been left carrying the can for this forward line that hasn’t put pressure and hasn’t functioned,” King said on Fox Footy.

“I think it’s a little unfair when you look at what happened tonight.”

Johnson has struggled to impact the scoreboard this season, managing just 15 goals in his 16 games.

Tim Taranto and Ryan Griffin are also expected to put their hand up for selection after returning from injury.

Johnson, Taranto and Griffin will all play in the Giants scratch match against the Crows’ reserves at Football Park today.