The member for Gippsland will use the time to reflect on significant issues within the party. 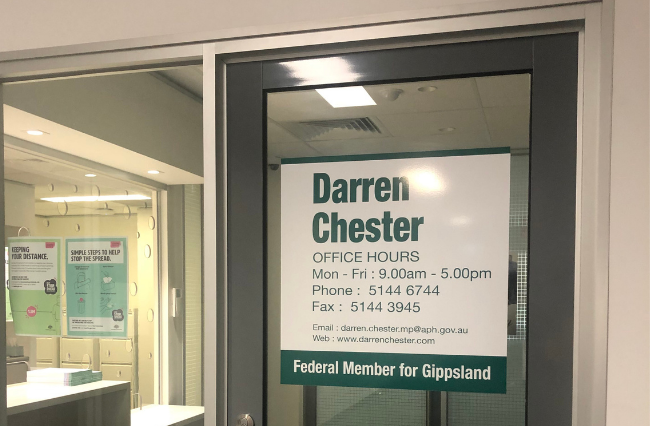 Nationals MP Darren Chester has announced he will be taking a break from the party, explaining his disappointment at the “hard-right wing” agenda of some of his colleagues. The move comes as tensions rise within the party over the target of zero emissions by 2050.

The Member for Gippsland is well regarded as a moderate voice amongst the party, supporting stronger action on climate change and openly voicing his intention to vote yes in the same-sex marriage plebiscite.

Since his demotion to the backbench in June this year, Chester has been expressing his increasing frustration at the leadership’s lack of condemnation of the more controversial comments from other MPs.

“My decision follows months of frustration with the repeated failure of the leadership to even attempt to moderate some of the more disrespectful and offensive views expressed by a minority of colleagues,” he said in a statement.

Chester has been highly critical of colleague George Christensen, a QLD National MP who has come under fire for spreading misinformation about COVID-19. More recently, Christensen suggested the Victorian police who responded to violent protests in Melbourne be arrested for using excessive force, referring to them as “thugs”.

While saying he didn’t agree with his views, Nationals leader and deputy PM Barnaby Joyce did not condemn Christensen’s comments, a move that disappointed both Chester and former Nationals leader Michael McCormack.

Both Chester and McCormack have voiced their support of a zero-emissions by 2050 target, an issue that has divided the party. Senator Matt Canavan has come out strongly against the target, saying on an episode of Q&A the lastest Intergovernmental Report into Climate Change (IPCC) sounded more like spin than science.

Chester was sacked from his frontbench position as Minister for Veteran Affairs in June earlier this year after Joyce replaced McCormack in a leadership spill. Joyce had been on hiatus after resigning from the party in 2018 due to an extra-marital affair scandal and allegations of sexual harassment.

It was the second time Joyce had been involved in Chester’s demotions; in 2017 Joyce replaced Chester as Minister for Infrastructure and Transport.

Photo: The office of Darren Chester, MP for Gippsland, in Sale by Alison Newman is available HERE and used under Creative Commons Attribution. The image has been resized.