The final day of the AFL's trade period saw some expected deals finally made official, as well as some surprise moves made. 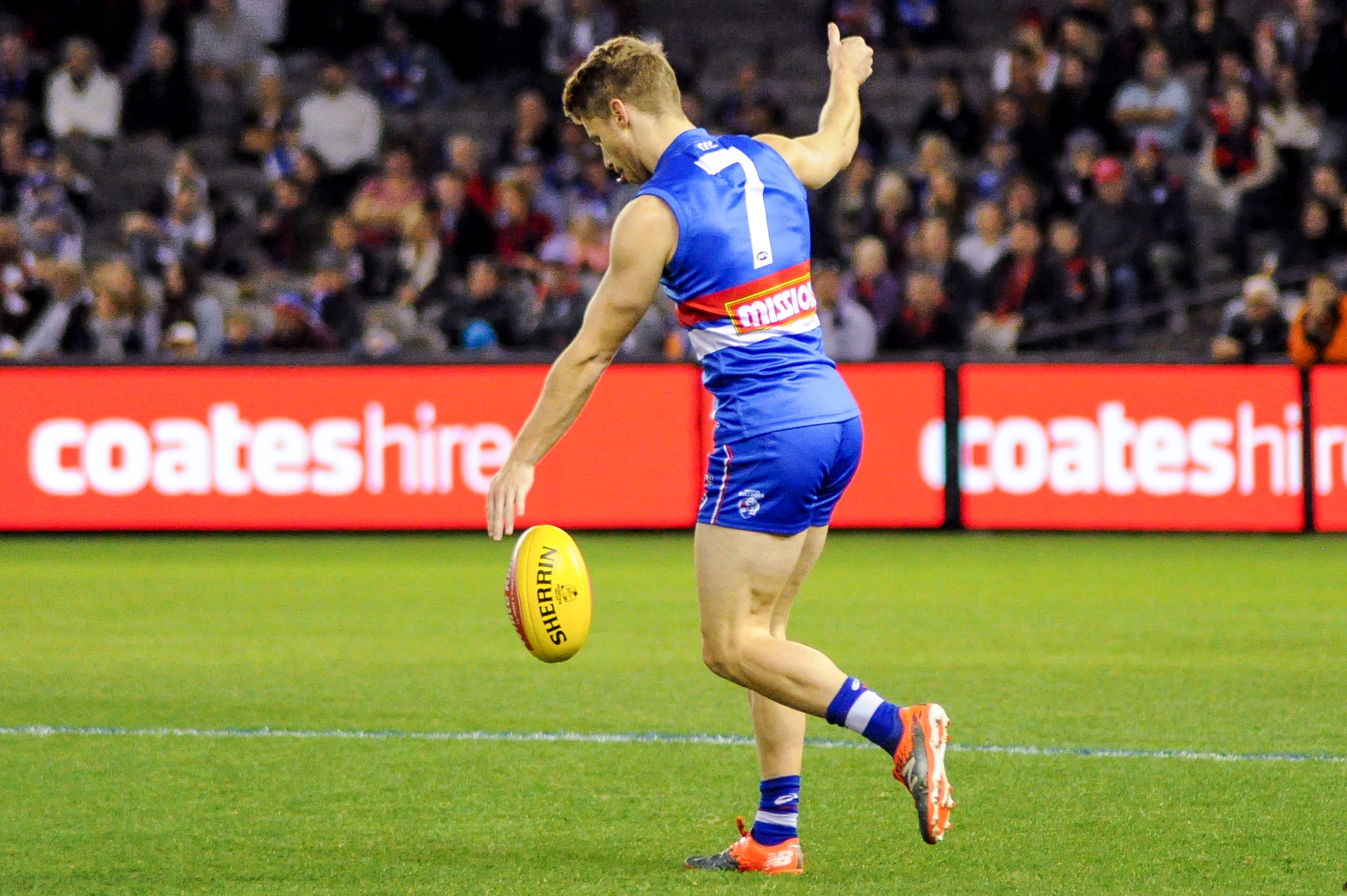 The AFL trade period came to a close in a frantic finish on Wednesday night, with a host of big names making their way to new clubs in the dying minutes.

The league implemented an embargo on trading players and picks until 3pm on the final day, meaning many deals couldn’t become official until late afternoon.

This made for a tense final few hours, as some surprise moves happened to close the AFL’s sign and trade window.

Discussions have been held between the two clubs about the 25-year-old for multiple weeks now, as the Bulldogs refused to let their star midfielder go for a small price.

It came down to the final 20 minutes, but Dunkley finally made his way north along with two future third-round picks, while the Dogs received pick 21, and future first-round, future second-round, and future fourth-round picks.

The Dunkley deal, along with young ruckman Luke Jackson making his way to Fremantle from Melbourne, was set to be pivotal in the Dogs picking up Rory Lobb from the Dockers.

It proved to be the case, as just minutes after losing Dunkley, Lobb crossed over from the Dockers to the Dogs in exchange for pick 30 and a future second-round selection.

Fremantle’s day didn’t stop there however, as the Dockers emerged as late contenders for Hawthorn midfielder Jaeger O’Meara.

O’Meara had indicated his desire to return home to WA only hours earlier on Wednesday, after talks of the Hawks trading one of their most experienced players kicked off, with the 28-year-old and a future fourth-round pick eventually swapped for Dockers ruckman Lloyd Meek, as well as a future second-round selection.

O’Meara was the second Hawthorn midfielder to depart the club on Wednesday, with 2018 Brownlow medallist Tom Mitchell traded to Collingwood as part of a three-way deal.

It saw the Hawks receive young Geelong mid Cooper Stephens and picks 41 and 50, while the Cats gained Ollie Henry who will join his brother Jack at Kardinia Park. Collingwood also attained pick 25 in the deal.

Essendon’s Aaron Francis was the first deal to be finalised once with embargo lifted on Wednesday, with the utility making his way to Sydney.

This paved the way for the Bombers to replace him with Demons key forward Sam Weideman, who was traded for pick 37, which they received from Sydney for Francis.

Melbourne, having already lost Jackson earlier in the week, then replenished their key-forward stocks by picking up Bulldog Josh Schache for just a future fourth-round pick.

While the aforementioned Schache’s trade to Melbourne came as a surprise to many, his teammate Lachie Hunter’s decision to also join the Demons was one of deadline day’s big shocks.

The Dees were only forced to give up a future third-round selection for Hunter – a best & fairest winner and premiership player at the Dogs – with hopes of him working in tandem with Ed Langdon on the wing next season.

The Bulldogs pair’s move to Melbourne comes just a year after they lost to the Demons in the 2021 Grand Final by 74 points.

Photo: Lachie Hunter kicking during the AFL round thirteen match between the Western Bulldogs and Melbourne on 18 June 2017 at Etihad Stadium in Melbourne, Victoria is available HERE and used under a creative commons license. The photo has not been modified.