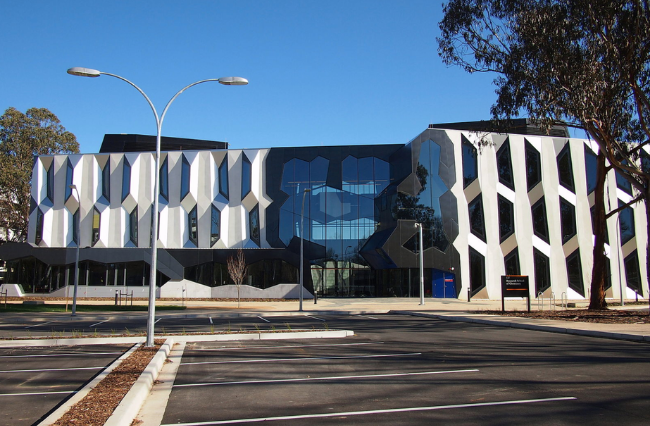 After President Vladimir Putin issued the order for Russia to invade Ukraine on 24 February 2022, Ukrainians have been fighting Russian troops to defend their land and independence.

In response, many nations including the United States, Canada and many other European countries have condemned Russia by slapping economic sanctions on the nation to demonstrate their support for Ukraine.

Since then, many Australian universities have decided to cut ties with the largest country in the world, but some academics are questioning whether these sanctions are a return to “western Russophobia”.

On 3 March 2022, Australian National University (ANU) became the first university to announce that they are indefinitely suspending all ties with Russian academic institutions.

“We stand in solidarity with the Ukrainian people in their defence of sovereignty and freedom and offer our support for the universities of Ukraine,” the statement read.

Other Australian universities including RMIT, Swinburne, La Trobe, Monash and Deakin have followed ANU’s decision, with some not accepting any new students from Russia.

But in Russia, the equivalent of the vice chancellors of every major academic institution has signed a statement that endorses the invasion. It asserts that Russia is engaged with the demilitarisation and denazification of Ukraine; despite reports of large numbers of civilian causalities from Russian missile strikes and war crimes committed by the Russian Army.

Specialist in Russian politics at La Trobe University, Dr Robert Horvath, says that when institutions become platforms for these kinds of “lies”, as he describes them, they betray what universities should stand for, which is “free debate and questioning”.

“[Russian academic institutions] have become complicit in some of the most appalling atrocities of our lifetimes; and complicit in … a process of escalation that potentially threatens life on this planet,” he tells upstart.

“When leadership are standing for that position, it would be absolutely unacceptable in my view, for their Australian counterparts to continue as if it was business as usual,” Dr Horvath says.

However, experts have differed in their opinions on the approaches that universities should peruse. Member of the Australian Institute of International Affairs, Dr Binoy Kampmark, says Australian universities should be taking a stance against all wars. But for institutions to take action in a discriminatory way as not accepting Russian students is countering the spirit of equal access to education and research, when it should be the opposite.

Dr Kampmark says that universities suspending ties with Russia is “an attempt to try to cobble up to political orthodoxy of the day”.

He says instead, universities should distinguish between autocratic governments conducting wars and academics and students who have no say in their government’s policy decisions and may oppose the war.

“[Australian universities] decided to go along by exactly condemning all Russians, students, academics – essentially tarnishing them with the same brush and I would have liked to have seen independent thinking,” Dr Kampmark tells upstart.

“They should be showing solidarity, not just to Ukraine but also to those who have been suffering in the conflict … these are people who should be supported and backed rather than condemned and isolated.”

In response to ANU’s decision, some of its own members in the academic community have signed a petition speaking out against this policy. The open letter to Ukraine said that a better response is needed to avoid western “Russophobia” by punishing scholars in Russia for Putin’s aggression against Ukraine.

Senior Lecturer in Economics and Finance, Dr Vladimir Volkov, is one of the ANU members that signed this petition. He says the ANU suspending ties with Russia won’t be effective.

“I don’t think it’s a good idea to directly restrict or put any measures on Russian universities … especially if we look at the research side,” he tells upstart.

Dr Kampmark says that by imposing these sanctions, Australian universities are cutting off a vital route through which ideas can be exchanged, limiting the potential to cool tensions between nuclear superpowers.

“It’s far better to invest in collaborative ties and in cooperating with your counterparts and other institutions across the divide and let the politicians make a mess of things … universities [shouldn’t] go along with the game,” he says.

“You actually prevent an option of softening extreme stances and preventing a dialogue that would be very valuable, which is what you hope universities would be engaged in.”

However, Dr Robert Horvath says ANU’s academic sanctions are not Russophobia or a return to cold war era prejudices.

“It is specifically distancing ourselves from academic institutions that have decided that they are prepared to wholeheartedly endorse what Putin is doing,” he says.

“Whatever research that they were engaged in, whatever the benefits that might accrue to Australia universities … [can’t] be justified at a time when we are witnessing war crimes and crimes against humanity and violence which is approaching genocide in Ukraine.”

So far, there has been little action on the ANU academic’s letter. Dr Volkov says he wishes more could be done, but recognises that implementing change takes time.

“I understand it’s hard to revert some official decisions … it’s a cumulative effect it’s not just one opinion, one letter or one message. So, if we act now maybe it can help make the situation better in the future,” he says.

Savannah Pocock is a third-year Bachelor of Media and Communications (Journalism) student at La Trobe University. You can follow her on Twitter @Savannah_Pocock

Photo: ANU Research School of Chemistry by Nick D available HERE and used under a Creative Commons licence. This image has not been modified.