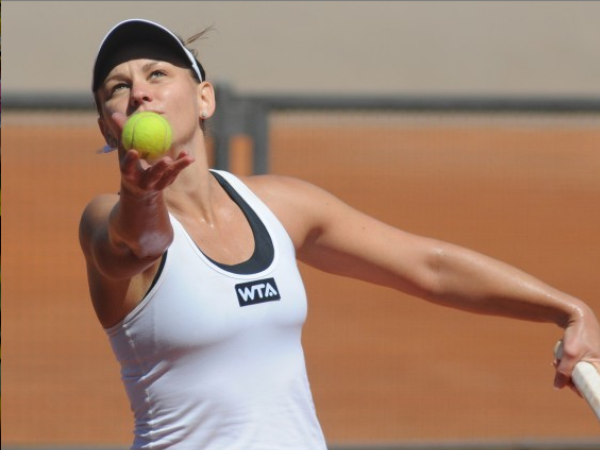 In many ways, Casey Dellacqua’s best tennis should be behind her.

The birth of her son last year could have been reason enough for Dellacqua to call time on a career where fleeting brilliance was routinely punctured by serious injuries.

Her world ranking ballooned out to 209 after the 2013 US Open and Dellacqua had seemingly begun the journey toward the shadows of reluctant retirement.

Flash-forward twelve months and the 29-year-old is reaching some career highs. Storming into the fourth round of the US Open this week, Dellacqua further advanced her name into the world top-30.

Australian tennis commentator Craig Gabriel tells upstart that an extended injury-free stretch has been a key to Dellacqua’s superb comeback.

“A big thing in the last year is that she is healthy. There have been no injury issues,” says Gabriel from New York, where he is covering the US Open.

“This was a point Roger Federer was making (on Tuesday). Last year, there were so many things he couldn’t do because of an injury here or there. It was hampering him. It’s a similar situation with Casey,” he says.

The renewed confidence in her game and her body has corresponded with a significant addition at home. Partner Amanda Judd gave birth to son Blake in July last year, and the announcement of the newest Dellacqua was the world number 28’s first public acknowledgement that she is gay.

“She is so happy in her private life with her baby that it has made her even more relaxed and comfortable. She’s enjoying things a lot more,” says Gabriel.

In Dellacqua’s case, multiple shoulder and back injuries – and the necessary rehabilitation that followed – ruined any momentum gained in her breakthrough 2008 season. In the five years to 2013, Dellacqua’s grand slam singles record was a miserable four wins and 11 losses.

“She’s been through hell with injuries and what-not over the years,” says Gabriel. “It hasn’t been one or two short breaks. It has been extended periods away from the game because of injuries. When that happens, you start to lack confidence, your ranking drops and then you start coming up against players you may have been meeting later in tournaments.” 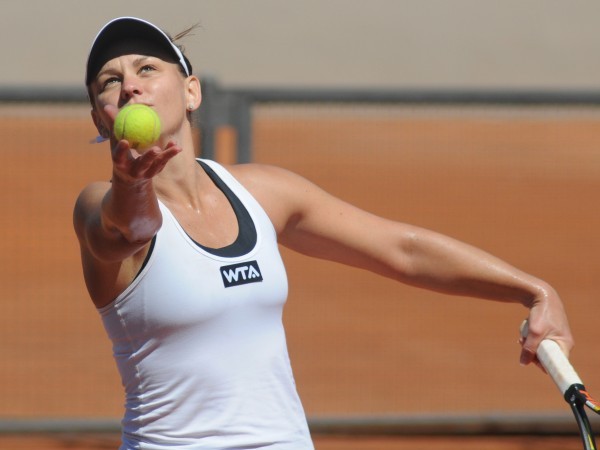 Dellacqua in May at the Rome Masters. Source: Flickr (Kulitat)

Much of Dellacqua’s high-risk style relies on confidence and momentum. When her ranking dropped beyond 200, Gabriel says Dellacqua, “put her pride in her pocket” and started at the bottom of professional tennis.

While the WTA Tour raced through China and Japan, Dellacqua played ITF tournaments on the quiet courts of Bendigo. The two titles won there formed the foundation blocks of a spectacular surge that will hold her in good stead in the lead-up to the 2015 Australian Open.

Gabriel says Dellacqua can close in on the current world number 21, Samantha Stosur, but is cautious to predict any further into the future.

“It’s tough to say how far she can take things,” he says when asked whether Dellacqua’s high-risk game is suited for the world’s best. “My feeling is she could be around the (world number) 20 mark. I don’t know if she is going to break into the top-15.”

Dellacqua is primed to topple Stosur’s 6-year reign as the number one Australian. Dellacqua held the title until a major shoulder injury coincided with Stosur’s return from Lyme’s disease.

Last October, while Dellacqua played teenagers in country Victoria, Stosur took to centre court in the finals of Asia’s best tournaments. As a result, only similar performances this year will see Stosur arrest an expected drop through the rankings. For Dellacqua, having little to defend has put her on the attack.

“On Monday, (Dellacqua) was making the point that there is not much to defend between now and the end of the season,” says Gabriel. “It’s an opportunity to move up in the rankings and as a result, get a seeding into the Australian Open and avoid her playing some of the bigger names in the first two rounds.”

The influence of Dellacqua’s earlier injuries may yet be over. Several years on the tour are as mentally wearing as they are physically. Gabriel thinks the time Dellacqua has spent on the sidelines may actually help her push on into her 30s.

“Because she was away for extended periods, she is still relatively fresh compared to a lot of the women around,” he says.

“If she had played right through, as a 29-year-old, she would have been thinking of shutting things down.”

The remarkable rise of Casey Dellacqua will soon reach its peak. However, unlike her 2008 breakthrough season, Dellacqua has the experience and composure to ensure she stays at the top of her game.