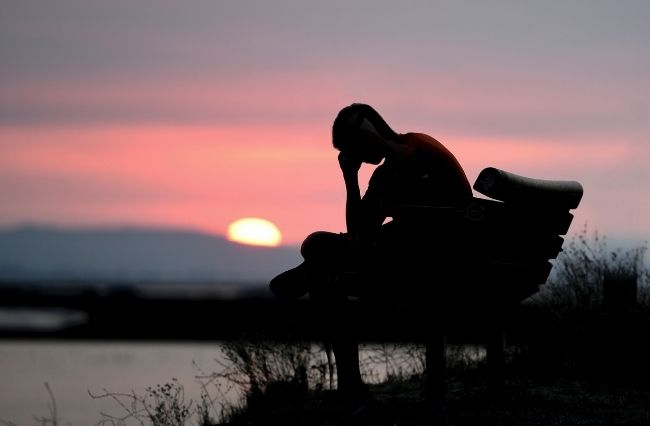 Seated in a crowd of grieving individuals, a composed Hamish McLachlan watched as former footballer and mental health advocate Wayne Schwass reflected upon the fragility of life.

“To quote Danny, ‘Manning up in the past was to suffer in silence; manning up now is to put your hand up’,” he said.

As MC of Danny Frawley’s farewell, McLachlan was deeply touched by the overwhelming emotion felt in the room. But what he’ll remember forever is the teary eyes of battle-hardened men, many who had felt the pain of excruciating body blows in the VFL’s golden age.

The impact of Frawley’s funeral led McLachlan to seek ways he could use his media status to address society’s silent killer, as he realised the topic of men’s mental health could no longer be ignored.

“After Danny Frawley’s funeral, it sort of came to a head for me when I looked out and saw all these men crying,” McLachlan told upstart.

McLachlan pitched the idea of a short-form series to Head of AFL Media, Sarah Wyse, that would allow past and present players to be vulnerable and open about their experiences with tragedy and trauma.

“It [The Last Time I Cried] was an idea I had last year after a series of things happened and I thought people should start having a discussion around subjects and moments that they need to get off their chest,” he said.

Across nine episodes broadcasted over two months, McLachlan spoke with contrasting figures such as Patrick Dangerfield, Dayne Beams and Campbell Brown about the deepest and darkest periods they’ve faced, reflecting upon the pain, suffering and emotions occupying their psyche.

“They were all very relieved that they had spoken about something that had an indelible impact on their lives,” he said.

“None of them went in comfortably as it takes an amazing leap of faith to trust me and the public with their story.”

Public and participant feedback has been overwhelmingly positive according to McLachlan.

He said the stories of players such as Dayne Beams and Tom Boyd who delved into the depths of depression, anxiety and trauma truly embraced what the series hoped to achieve, allowing themselves to become a beacon for hope.

“It’s been a really positive by-product of doing the series as there’s been a lot of people who have been touched so much so that they’ll reach out,” he said.

“Getting people to talk openly about things when they have an issue allows them to get more help instead of not being heard and getting no help.”

Despite discussions about bringing awareness to mental wellbeing, McLachlan emphasised the need for males to be more open and aware of their feelings.

“I think a lot of the time we as males have moments that impact us that we’re not prepared to share, discuss or talk about, whether that was last week or 20 years ago,” he said.

“What’s changing is people’s openness around it. If you went back 10 years ago this series could not have got up as I don’t think people would’ve been prepared to talk.”

Rehabilitation Councillor, Jimmy McArthur, who works for mental health support and awareness foundation Love Me Love You, says the first step of reaching out for help is the hardest step.

He said that doing so is particularly difficult for men, as they are less likely to open up about their feelings and continue to mask their suffering through addiction, denial and maintaining a tough front.

“Once you put your hand up and say I’m going through some s—t, I need some help, that’s when it starts to get easier and the burden comes off your shoulders,” McArthur told upstart.

“It can be even harder for men because of the stigma that is associated, and it’s a very traditional stereotype that men are meant to be stoic, tough and not cry.”

McArthur stated the importance of continuing to break down the barriers still holding men back from having the important conversations, maintaining that more people of influence must continue to voice their battles in hope others will follow.

“There’s definitely is still stigma, as you can have everything in the world and still suffer with your own mental demons,” he said.

“So, that perspective of ‘I’ve got everything so I shouldn’t be worried about these things’ still breaks people down and makes it difficult to reach out.”

As a focus on mental wellbeing gains traction and past beliefs are diminished, McArthur says it now remains up to every one of us to notice the signs and make a change.

“It’s about continually showing up and providing that unconditional love and care for someone that’s really going to make a difference in those people’s lives,” he said.

“It’s about being able to look out for each other, noticing when friends or family members may be off and then opening up those conversations so people can reach out.”