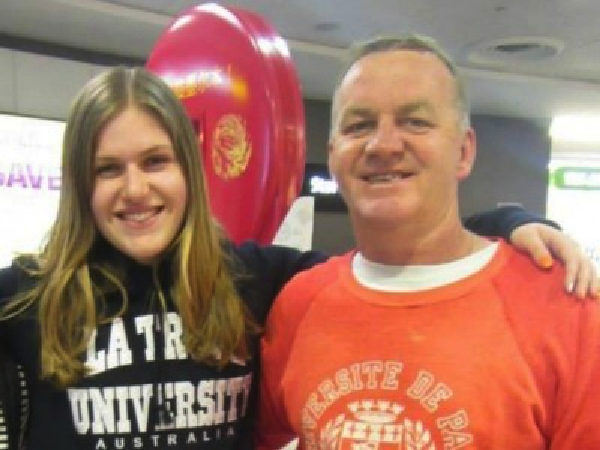 Last year was very tense in my household. I was a 20-year-old only child, and when my father’s nightly drinking started making him rowdy, raised voices, slamming doors and hurtful things said in the heat of the moment became common-place.

“You and your mum were sort of a unit,” my Aunt Vicki tells me.

“[Your dad] was a bit out on his own and I was concerned about that because although he used to make a bit of a joke about it and all that sort of stuff, I felt like he was making jokes about it to hide how he really felt.”

Aunt Vicki, who has lived with and taken medication for depression for 10 years, called her brother – my father, Pat Burley – to share her concerns.

“After a conversation with my sister telling her how I felt,” dad says over a cup of tea, “she told me that mum had had a breakdown when she was young and I should go and see the doctor because it sounds like I might be suffering from depression.”

“I did that and decided that I’d tell the doctor everything that I felt and his response was that they look for 10 or more things in conversations with people about depression and I’d mentioned eight of them,” he says.

Dad has been on medication for 18 months now, which he says has improved his state of mind.

“I’ve got a different outlook,” he says.

“I don’t feel so sad, basically, and I’m not always trying to rite myself off every night with alcohol. I’d say I feel like I’m a lot happier or more receptive to things, whereas before I couldn’t give a stuff.” 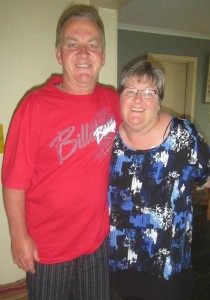 For Aunt Vicki, this wasn’t the first time she’d approached a brother with concerns about his mental health. My uncle Bill, was also diagnosed with depression when his deteriorating physical condition meant he had to give up full time work as a tradesman.

She says both brothers reacted “negatively” when she first raised the subject of depression.

“I think that [people] underestimate the effect [depression] can have.”

“People think ‘I’m depressed’ is depression, and it’s a whole lot more than that,” she says.

Anthony Jorm is a professor at the Melbourne School of Population and Global Health at the University of Melbourne, with an interest in mental health. He says while it’s common for siblings to suffer from similar forms of depression, it’s not simply inherited.

“What people could have is a genetic predisposition which doesn’t necessarily mean that they will ever develop depression,” he tells upstart.

“In the case of siblings, it’s not just genetics, [but] because you may have common childhood experiences.”

Jorm says he thinks it’s “absolutely true” that people of my aunt, uncle and father’s age – in their 50s and 60s – can suffer from stigma surrounding depression which existed when they were growing up.

“I think the sort of shame people would feel about experiencing depression was much greater in the past than it is now,” he says.

“It’s still an issue, but people are much more open and accepting about it and not seeing it so much just as personal weakness and ‘pull yourself together, pull up your socks’ as they used to. [For] people who grew up in that era when it was more stigmatised, it may be more difficult for them than younger people to talk openly and seek help.”

Aunt Vicki says when her doctor suggested she begin taking medication following her diagnosis, she was reluctant.

“I was concerned about how I might be viewed if people knew that I had to take medication.”

Dad didn’t feel the same, and says he wanted to change the way he felt more than anything.

“[I was] a little bit embarrassed but only because I didn’t know how prevalent depression was and I didn’t really understand it,” he says.

Aunt Vicki, Dad and Professor Jorm agree the first step for those who think they may be experiencing depression is to see a doctor.

“There’s nothing weak about asking for help,” says Aunt Vikki.

“It doesn’t matter how minimal it all seems.”

“Get information, find out as much as you can, tell the people around you how you’re feeling, let them know so they can support you better, and go and get an assessment from a GP,” Jorm says.

So in honour of Mental Health Week, the Burley household replaced yelling and anger with open conversation. Creating discussion is an important way to lessen the stigma around depression and give those who may be suffering in silence an opportunity to find acceptance and assistance.

If you’re suffering from depression or mental health issues, you can seek help at beyondblue, ReachOut or Lifeline.