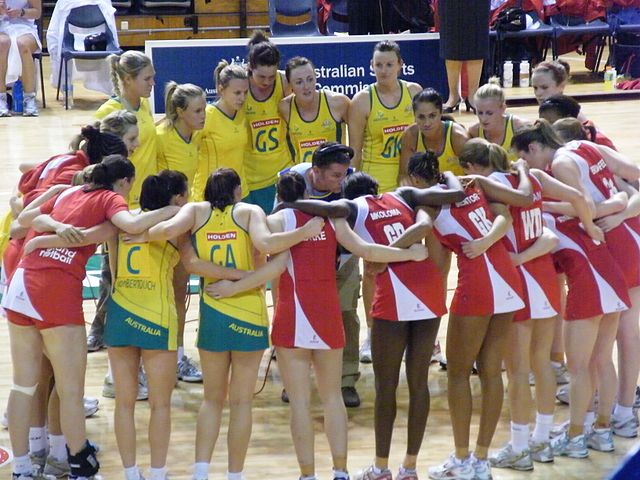 The Australian Diamonds World Cup squad was announced this morning with 12 players named to go to Liverpool for the series in July this year.

The shooting line-up has stayed the same with captain Caitlin Bassett, Caitlin Thwaites, Gretel Tippett and Steph Wood rewarded for their hard work throughout the Suncorp Super Netball league.

Tippett was a sure start being the first Australian to shoot 100 goals consecutively at a national level, while Bassett has recovered from an arm injury.

The midcourt has a new look with youngsters Jamie-Lee Price and Kelsey Browne all getting a call up while star wing attack Liz Watson retained her spot and claimed the vice-captain position for the Diamonds.

After a long stint on the international sidelines NSW Swifts midcourt player Paige Hadley is set to return for the Diamonds after a hot start to the Suncorp Super Netball season.

Up the defensive end Collingwood Magpies goal defence April Brandley has been named, along with Melbourne Vixens defender Jo Weston. In the goal keeper position, West Coast Fever captain Courtney Bruce has secured a spot while Sarah Klau is set to make her first official appearance as a Diamond.

Australian coach, Lisa Alexander had some difficult decisions to make with some key players missing out on selection in article on the Netball Australia website.

“Some athletes are very unfortunate to miss out on being selected, they’ve done all the right things and we have had some very tough decisions to make. We really feel for those athletes,” she said.

The unlucky omissions include former vice-captain Gabi Simpson along with Melbourne Vixens defender Emily Mannix who have both been staple holds in the Diamonds line-up having played in the Commonwealth Games and Constellation Cup in the last year.

Alexander said it was one of the hardest decisions to make given the skill of so many players.

“We couldn’t be more thrilled with the final team that has been selected to compete in Liverpool, but it’s been a difficult process due to the depth and talent and experience in our Diamonds squad,” she said.

“However, it’s our job to select the team that will successfully compete on the international stage, with consideration for the back-to-back nature and varying games styles within a tournament,” she said.

Only three players in the 2019 squad have played in a World Cup before with Basset, Thwaites and Hadley all leading the charge. With a relatively new-look team the coach has plenty of faith in her squad to compete hard and take out the title to become back to back World Cup premiers.

“In saying this, we’re so delighted for the athletes who have been selected, it’s such great recognition for all their hard work and dedication, we are excited to be taking this team to Liverpool to represent our country,” she said.

In addition to the 12 players named in the squad, an extra four players will be announced as training partners and will be involved in the training programs with the Diamonds both in Manchester and Sydney over the coming weeks.

The squad depart for England on 3 July in hope to bring home the coveted World Cup title.

Australia will face Northern Ireland, Zimbabwe and Sri Lanka in the group stage and if successful against those countries will progress through to the finals on Friday 19 July. They are likely to come up against New Zealand, South Africa, Jamaica or England as the tournament progresses with the gold medal match held on Sunday 21 July.

Photo: Australia v England: International Netball Test – Adelaide, October 2008 by paddynapper available here and used under a Creative Commons Attribution. The image has not been modified.