Members of the Rail, Tram and Bus Union from Melbourne Metro and Yarra Trams are planing a variety industrial action 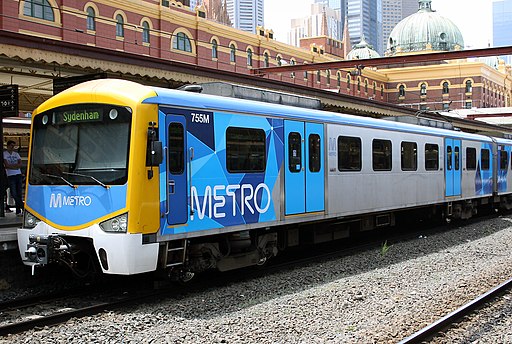 Metro workers intend to leave the barriers open all day, refuse to check Myki tickets, and make last minute changes to services as part of the strike.

Despite the Rail, Tram and Bus Union’s intention to provide free rides, the Chief Executive of Metro Trains Raymond O’Flaherty warned commuters to touch on.

“We will have staff at the barriers and we encourage and tell all of our passengers to have a valid ticket for their travel,” he said.

The action was triggered by Metro’s offer of a two percent pay rise when the union asked for six percent.

Yarra Tram staff are also asking for a six percent rise and on Thursday voted in favour of industrial action including strikes, refusing to wear uniforms, not accepting roster changes or doing voluntary overtime.

Staff at Yarra Trams also want to prevent the removal of minimum seven hour shifts for part-time staff and the cap on the number of part-time workers being lifted.

Photo: Metro Train By Zed Fitzhume available HERE  and used under a Creative Commons Attribution. The image has not been modified.