Has Christopher Nolan delivered another masterpiece? 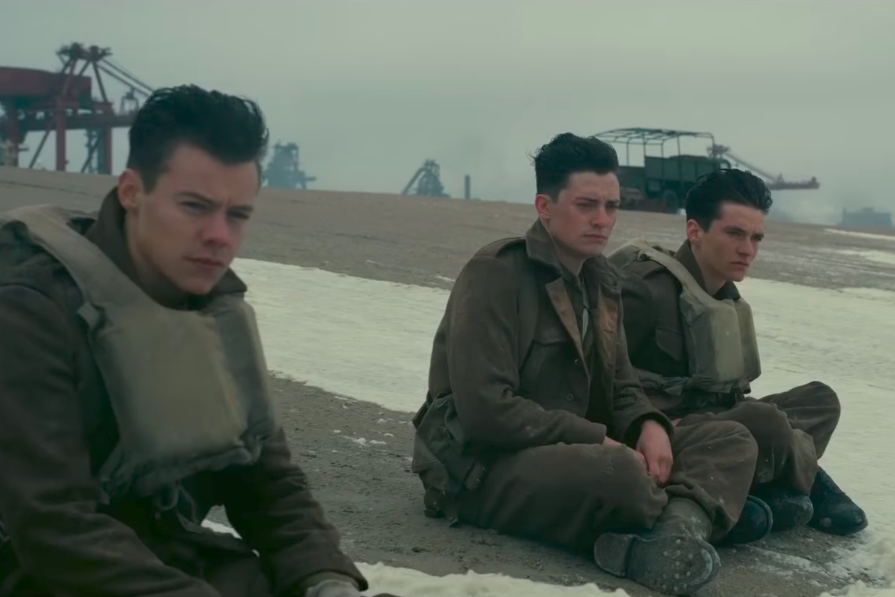 Dunkirk is a war movie based on the events of the evacuation of British and French soldiers off the beach at Dunkirk. The Germans had won the battles surrounding the town and had pushed the British and French back to the coast. They had now started to pick them off through the use of their advanced planes and u-boats. The film follows three different events during the evacuation of Dunkirk.

Dunkirk is the latest movie by legendary director, Christopher Nolan. When someone is about to see a Nolan film, there are already pre conceived ideas about how the movie will be, based on his previous films.

YouTube movie reviewer, Chris Stuckmann stated this in his video saying that when people go into Nolan movies they have particular expectations.

“At the very least this is going to be a magnificent spectacle,” is an expectation that Stuckmann says that people will have.

Nolan’s critically acclaimed Dark Knight trilogy as long as other pictures such as Inception and Interstellar all add to the stigma that all of his works are masterpieces; Dunkirk simply adds to this stigma.

Movie reviewer Joshua Carbone of One Paragraph Reviews spoke to Upstart and made the point that this movie was unlike other war films.

“It isn’t dramatised at all.”

There is no dramatisation because the audience gets what they pay for with this movie. It is about the evacuation of 400 000 British soldiers from the French seaside town of, Dunkirk. Right from the beginning, you are thrown straight into the situation. It is split up into three intertwining human efforts that follow and show each different aspect of the event.

The first effort the audience was thrusted into was the desperate soldiers attempting everything they could think of just so that they could get out of Dunkirk. One of the other endeavours was of a British man, his son and their friend, who decided to travel to Dunkirk to bring as many people as they could back home. Lastly, the other effort shown in this film was about two British pilots flying to Dunkirk to help keep the German airforce from shooting and bombarding the stranded British soldiers like fish in a barrel.

The cast acted superbly together as an ensemble. Tom Hardy played his part especially well, as for most of the movie his face was behind a mask and helmet. This left his voice and eyes to do most of the work. Cillian Murphy gave an exemplary physical performance which gave the audience an insight into a soldier suffering from shell shock. Mark Rylance displayed his first class level of acting as well, displaying a wise man undergoing a life threatening task. Harry Styles made his movie acting debut and did not disappoint, showing off that he has more talents up his sleeve than just singing. He played a frustrated British soldier attempting to get off Dunkirk beach.

Dunkirk does take an unusual turn away from the common war movie tropes.Films such as Saving Private Ryan and last year’s Hacksaw Ridge told the stories of individual characters. Whilst Dunkirk does have it’s more central characters, it decides not to focus on their backstories. It simply puts its characters in the situation and doesn’t dump any sort of exposition about the them at all. It doesn’t even really show many conversations between them either. The characters only spoke when it was necessary.

Carbone said that this just added to the authenticity of the film.

“War, especially World War 2, had a lot of unsung heroes and the movie wanted to show that.”

Other reviewers, such as Jeremy Jahns, stated that this detracted from the film for him. The lack of dialogue made it difficult to feel for the character and because there was no clear focus on who were the main characters, he felt that it made the film confusing. This was because he wasn’t sure who was who most of the time.

“This true story is wrapped up in a box called a movie. At that point you need characters to grab on to and I just didn’t grab on to any of these characters,” explained Jahns in his video.

Carbone described that Nolan’s direction added a sense of claustrophobia and isolation. This was done through the use of wide shots as well as shots of a person or multiple people in a very congested and small space.

The sound effect as well as the score were also used masterfully. Throughout most of the movie there is a ticking which coincides with the music. Shrieks from violins along with deep underlying tones added to the sense of urgency to get these men home. The sound effects of the flying planes and sailing boats seemed amplified, making the audience feel as though there were in the ships, planes or on the beach. When guns were shot, the audience would jolt with fright because of the sheer bluntness of the sound.

Carbone states that this movie is just simply about the event that was the evacuation of Dunkirk. It had more to do with the themes and the emotion than of the action and of storytelling. He gave it a 4.5/5.

Dunkirk was a marvel in terms of direction and visuals. All of the events in the film gave an interesting insight into the deferent aspects of the evacuation. This movie is a must for people that are interested in World War Two history as well as for people that want to see a war movie without the blood and gore.