Therapy dogs are helping people get through the pressures of COVID-19. 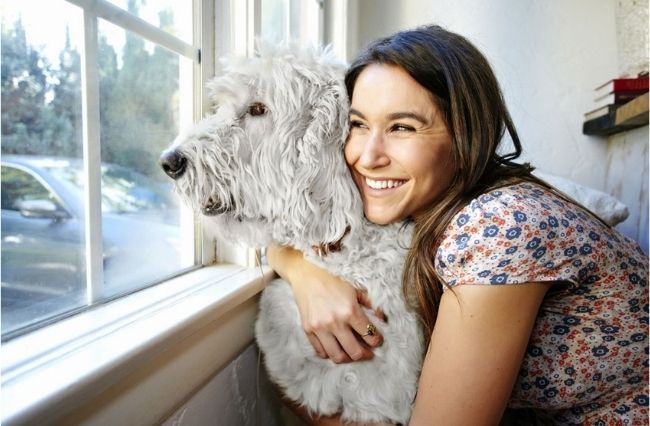 Mental health awareness has been on the rise during the pandemic, as isolation and loneliness continue to plague communities around the world. In Australia, many people have begun adopting domestic animals to beat lockdown boredom and stress.

A study from the Frontiers in Veterinary Science journal shows that Australians have developed an interest in domesticated animals with a high number of searches using keywords such as “pet adoption” appearing on Google Trends. The research analysed different countries using the method of Relative Search Volume (RSV) which ranks countries between zero to 100, for the least and most searched key phrases relating to pet adoption. The RSV results rank the United States being on top at 100, followed by Australia ranking at 52.

Australia has one of the highest pet ownership rates in the world with more than 62 percent of households owning a pet and 38 percent being dog owners according to a survey by Animal Medicines Australia.

Suzanne Talevski, a media officer at the Lost Dog’s Home in Victoria, tells upstart that the animal welfare charity has received many enquiries for dog adoptions since the start of this year.

“The Lost Dogs Home saw 697 pets adopted in April, the highest adoption rate in 10 years largely due to people wanting a companion while working from home,” she says. “All our adoption services commence online rather than walk-in services, so we can minimise large crowds and stay COVID safe.”

While pet adoption rates increased during the lockdown, current dog owners also made the most from the company of their four-legged friends joining online dog training and counselling services.

Lead the Way is a Melbourne-based organisation and registered psychology centre providing clinical services to people in need while also training professionals to deliver animal-assisted interventions. The organisation received a high number of enquiries for one of their services called Animal-Assisted Therapy (AAT) during the pandemic. AAT involves registered assistance animals providing support services to individuals diagnosed with an illness or disability.

Melanie G Jones, principal psychologist and animal-assisted therapist at Lead the Way, tells upstart that the benefits of being able to touch, hold, cuddle and interact with an animal is invaluable especially during isolation.

“Human-animal interactions are known to help the body produce oxytocin (the love hormone), which can work to reduce anxiety and stress. It also helps people feel more connected,” she says.

With the advent of the pandemic, Lead the Way had also transitioned to online sessions using telehealth that helps young people with life-threatening concerns.

“We incorporated the dogs into our sessions by having them join on the screen or meet our clients’ animals in their home,” she says. “We talked with clients about how their own animals can support them in ways that were similar to the support they received from the therapy animals in session.”

Jones also explains that a good match between a dog and its potential owner develops a supportive, relationship similar to nurturing relationships between people.

“Dogs can meet our attachment needs. They can be an ear to talk to, a shoulder to cry on or a buddy on our adventures. The other way that animals help us is by providing the motivation to get up, get organised and achieve things in our day to day lives,” she says.

“As we all know, lockdown is hard, and often our body clocks get messed up and out of sync. Having a dog who relies on you can be a great incentive to get up early, organise meals and go outside for exercise.”

Cats and dogs are recognised as two of the most common domesticated animals for human companionship as the bond between pets and pet owners provide mutual psychosocial health benefits. Research from the Social Science and Medicine journal also indicates that pet ownership contributes to social support, companionship, self-care and community integration.

Karen Watts is a liaison officer at the Second Chance Animal Rescue (SCAR) organisation. She tells upstart that they assess a dog’s background through a series of tests to ensure that there is a compatible relationship between the dog and a family or individual before rehoming the pups.

“The behaviour assessment is to see how they [the dogs] interact with other dogs and towards humans, adults and kids. We will then do a behaviour meet and see if the dog is reactive or aggressive to certain things,” she says.

Rhani Speed, a nurse at Western Health, had signed up for the foster care program at SCAR in June this year where she was introduced to a greyhound pup named Billy. After a few days of fostering, Speed tells upstart that she had fallen in love with Billy and adopted him describing how he has changed her lockdown routine.

“It’s been great for our mental health to get outside every day and exercise, as well as generally being happier with him around. Our favourite thing to do is definitely to take him out to the dog park and watch him run around with other dogs,” she says.

“Billy has changed our lives in many ways already! He is the reason we wake up early and schedule in walks every day.”

Photo: Adopt a pet today by Second Chance Animal Rescue available HERE and used under a Creative Commons Attribution. The image has not been modified.

Article: Drishtee Lokee is a third-year Bachelor of Media and Communications (Journalism) student at La Trobe University. You can follow her on twitter @DLokee.