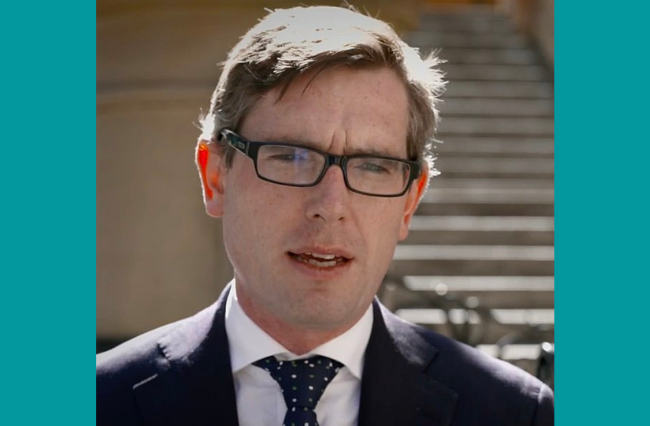 Dominic Perrottet has been announced the new Premier of NSW after the Liberal Party held a party room ballot vote this morning.

Liberal Party Whip, Adam Crouch announced the former treasurer as the 46th premier of the state as was expected.

“I can declare that the honourable Dominic Perrottet has been elected to the leadership position of the NSW Liberal parliamentary party and I can also confirm that the deputy position has been awarded to the honourable Stuart Ayres,” he said.

The 39-year-old hasn’t held back from expressing his strong conservative ideals since becoming Treasurer in 2017.

He has been vocal about how his religious values have had a fundamental influence on his politics including issues around abortion and gay marriage.

The Sydney Morning Herald understands that Attorney General Mark Speakman warned in a conference call that Perrottet would be the “most conservative Premier the state has had since World War II”.

In a tweet following the 2016 US election results, the Premier took to twitter to call for a “conservative spring”, while  further defending climate change sceptics and anti-gay rights advocates.

Perrottet will replace Gladys Berejiklian who announced her resignation on Friday last week after she became the subject of an intense investigation by the Independent Commission Against Corruption (ICAC).

The NSW corruption watchdog announced its investigation into an alleged breach of public trust by the former premier when she awarded grants to several community organisation in the state’s Reverina Region.

Gladys Berejiklian will be questioned on whether there was a conflict of interest between her previous relationship with disgraced former Liberal MP Daryl Maguire.

The 7:30 Report revealed last year that $5.5 million in taxpayer funds was delivered to The Australian Clay Target Association when Berejiklian was state treasurer following a letter written by Maguire asking for the grants.

An inquiry also found that Berejiklian also allocated $20 million in taxpayer funds to the Riverina Conservatorium of Music during the Riverina 2018 by-election. This was on top of the agreed $10 million development fund for the project.

Photo: Dominic Perrottet 7 September 2016 outside Sydney Hospital by NSW Department of Customer Service is available HERE and is used under a Creative Commons license. The photo has not been modified.