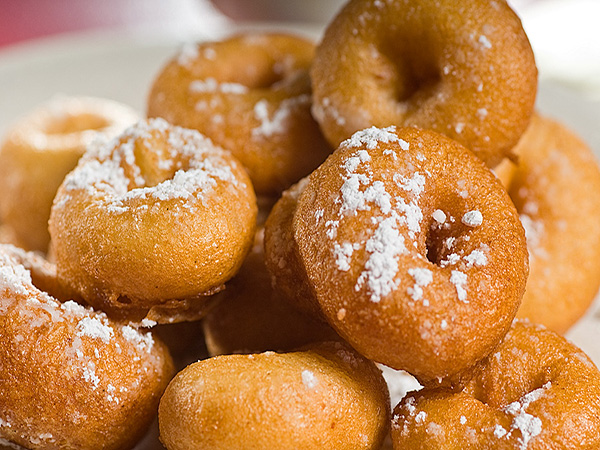 A study by university researchers in the US has found that sugar switches off the stress response by reducing levels of the stress hormone, cortisol.

Both groups completed tasks designed to trigger stress and underwent MRI scans to see if there were any results.

The study found that while sucrose lowered cortisol levels during stressful situations, aspartame did not.

Additionally, the study found that sugar consumption leads to decreased activity in the parts of the brain responsible for fear and stress.

But don’t reach for the chocolates just yet – this calming effect is only temporary and there could be some long-term health issues.

The report’s findings “support a metabolic-brain-negative feedback pathway that is affected by sugar and may make some people under stress more hooked on sugar and possibly more vulnerable to obesity and its related conditions”.

This means that when we eat sugar, we calm down and then learn to associate “comfort foods” with a temporary relief of stress. Naturally, this has the potential to create an unhealthy reliance on sugar.

Results from longitudinal studies suggest that chronic life stress may be causally linked to weight gain through the preference to eat foods high in sugar and fat when stressed.

Professor David Crawford, an expert in nutrition and obesity prevention, tells upstart that our reliance on sugar is worrying.

“The main concern about excess sugar consumption is its impact on weight gain and related conditions,” he says.

A high body mass index is the second highest contributor to the burden of disease in Australia.

According to the Australian Institute of Health and Wellbeing, 63 per cent of adults are overweight or obese, ten per cent more than in 1995.

Obesity takes a toll both socially and economically, with overweight Australians costing tax payers $56.6 billion in healthcare and government subsidies annually. Consequently, it’s important for public health that we reduce our overall intake of sugar.

To lower the overall intake, Professor David Crawford suggests replacing sugary snacks with other forms of snacks, like fruit or cereal and muesli bars that are low in sugar. He says soft drinks are the killer.

“One can of coke is about the amount of total sugar you’d want someone to be having in any given day,” he says.

About 80 per cent of people report reaching for these kinds of foods when stressed.

It’s important to find ways to cope with stress that don’t involve unhealthy snacks in order to tackle the excessive consumption of sugar and subsequent health problems.

“There’s a general perception that our increasingly 24/7 lifestyle is increasing our overall levels of stress, so turning off your mobile phone or email could also help,” he says.

You’re not alone if you reach for sugary foods when stressed. Although they can make you feel better initially, there are much better alternatives that will have a longer and healthier effect on your physical and mental health.