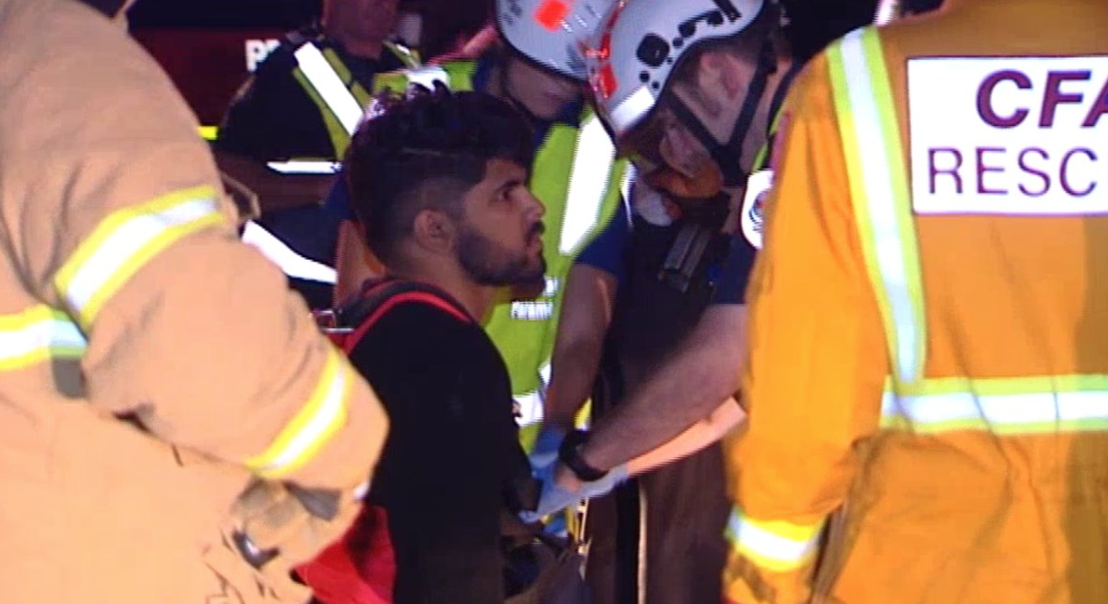 An 18-year-old male has been rescued after veering off a Mornington Peninsula road on Sunday night.

Trees and shrubs stop a young driver's car from plunging into the sea after going over a cliff at Mount Martha last night. @abcnewsMelb pic.twitter.com/0v3XOfwxR0

The driver lost control of his vehicle at around 9:35 p.m., rolling off the cliff face into a tree, preventing the vehicle from falling a further 50 metres into the water below.

This driver was rescued after nearly driving his car off a cliff at Mt Martha. He was trapped for 2 hrs balancing on the cliff. @9NewsMelb pic.twitter.com/d3VDaMWqmN

Emergency crews worked for two hours to free the 18-year-old driver from the tree.

The male escaped serious injury and was treated for scratch wounds at Frankston Hospital.

Police are currently undergoing a further investigation to determine the cause of the accident.