Recipients to be put on cashless debit cards if testing positive to drugs. 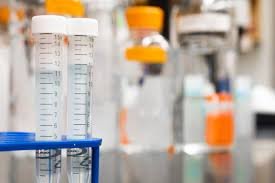 Next week, revised legislation to test Centrelink recipients for drugs will be presented to Parliament by the Morrison government.

In the two-year trial, 5,000 new recipients of Newstart or Youth Allowance in Logan in Queensland, Canterbury-Bankstown in New South Wales and Mandurah in Western Australia, will be tested for drugs.

Social Services Minister Anne Ruston wants drug users on welfare to get treatment, so they can be rehabilitated and become job ready.

“People on welfare who take drugs are denying themselves the best opportunity to take advantage of the jobs we are creating,” Ruston said.

Tests for heroin and cocaine have been added to the draft which previously only included tests for ice, ecstasy and marijuana.

The original plan was abandoned in 2017 because of a lack of support in the Senate.

In July, Shadow Social Services Minister Linda Burney told ABC’s Hack Labour would not support the legislation if was introduced to parliament again.

Without the backing of Labour or the Greens, the government will need the support of four of the six Senate crossbenchers for the legislation to pass.

Photo: Two Test Tubes HERE and used under a Creative Commons Attribution. The image has not been modified