Despite the hurdles they face, dyslexics also possess strengths which can benefit them and other. 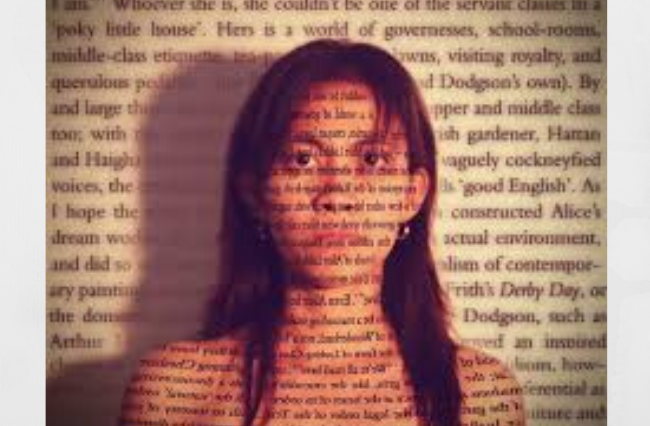 Odds are you know several people who have dyslexia. You might not know they’re dyslexic, they might not even know they are, but statistically they’re out there.

People with dyslexia process information visually in a three-dimensional way. For some tasks this can be beneficial, but when it comes to decoding two-dimensional symbols it becomes a learning disability.

Dyslexia is not linked to intelligence and although only 10 percent of the population have dyslexia is estimated that 40 to 60 percent of self-made millionaires are dyslexic, including billionaires Bill Gates, Steve Jobs, and Sir Richard Branson. A list of history’s most famous dyslexics includes Albert Einstein, Henry Ford, Walt Disney, Leonardo da-Vinci, Hans Christian Anderson and Pablo Piasso.

Most adults with dyslexia can read and write to some degree, but it takes concentration and hard work. Therapist Jayne Pivac compares the dyslexic experience with written language to driving a car.

“Think about everything you do in a car, especially a manual. That requires a lot of effort at first, but eventually you master it, well ,dyslexics don’t have mastery. It’s not automatic for them. It requires effort,” she told upstart.

Language is processed in the left hemisphere of the brain, but dyslexics predominately use their right side to process information. This is referred to as picture thinking and involves multi-sensory, three dimensional images. Pivac considers this to be high level thinking.

“Right brainers think five times faster than left brain word thinkers. Pictures and images can be happening so quickly that you can’t even be aware that they are happening, so it’s a subliminal form of thinking,” she said.

Despite the numerous disadvantages faced by dyslexics, they have many strengths that are sometimes referred to as dyslexic super powers.

These strengths include creativity, empathy, imagination, intuition, curiosity and superior reasoning. They can experience thought as reality and are able to see the big picture.

For these reasons, President of the Australian Dyslectic Association (ADA) Jodi Clements believes staff members with dyslexia can be a benefit to a business, especially when given the right support.

“Understanding is key along with an awareness of assistive technology. We live in a digital world so there are many programs that can now assist adults with dyslexia to work around the issues that dyslexia may cause,” she told upstart.

Dyslexic adults develop their own tricks and are often prolific users of spell check, speech recognition and speech to test software. There are easy to read fonts and products like scanning reader pens created specifically for dyslexics.

For people who suspect they have dyslexia there are checklists online with examples of dyslexic traits and the way they can manifest in everyday life. Formal diagnoses can cost more than $2000, but Pivac doesn’t believe it’s necessary.

“It’s really simple if you get confused by symbols that are letters or numerals which are in words and there is anxiety attached to that confusion, that’s dyslexia,” she said.

“The only people that want formal assessments is ether because it’s their legal document at high school, or university, to get extra time in exams, or the use of a laptop.”

Knowing there is a reason for their literacy problems can reassuring, but most adults have built successful lives around their dyslexia and won’t need treatment unless they get a promotion or return to study.

If they do decide to get therapy there is a variety of options. Professionals disagree about what method is the best and results vary between individuals. One common form involves phonetics, but Pivac focuses on left brain training.

“Dyslexics shouldn’t be sounding out their words because it’s not natural to their thinking style. If you’re a picture thinker you need to know what the word looks like, the entire word, and then know the sound bite for the entire word,” she said.

Pivac also recommends getting treatment for the mental health problems that can be associated with dyslexia. These include anxiety, low self-esteem and depression. They are not caused directly by dyslexia but are the result of not having the support they needed at school.

As part of their therapy, Pivac helps her clients to address the anxiety and the fear of mistakes caused by the humiliation experienced at school.

“Some of them might have been bullied, or they think their dumb and their stupid and their holding on to it,” she said.

Early intervention is extremely important for people with dyslexia, but for those who slip through the cracks help is available. Understanding, support and assistive technology can ease their burdens and help them reach their full potential.

Photo| Dyslexia by Janine available here and used under a Creative Commons Attribution. The image has not been modified.