The Kumamoto earthquakes from April are responsible for a shortage of soy milk that has loyal Bonsoy drinkers in dismay, Matt Marasco reports. 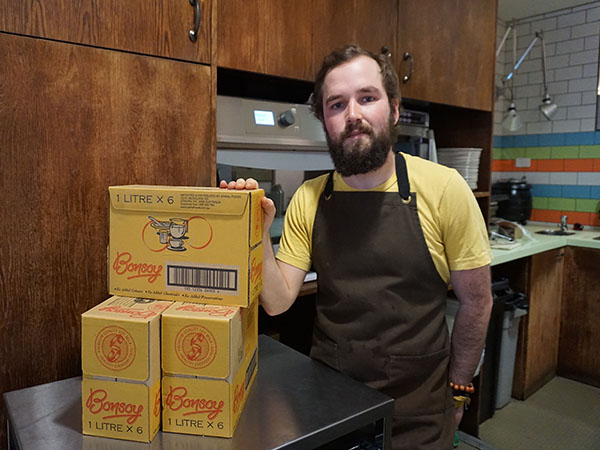 An Australian distributor has confirmed the recent shortage of the high protein soy milk Bonsoy was due to a series of earthquakes in Japan.

The Kumamoto quakes struck in April 2016 which damaged the Bonsoy warehouse and caused the manufacturer to temporarily relocate.

Marketing Manager at Spiral Foods, Raphaelle Wilson, says that Bonsoy distribution was only affected weeks after the quakes struck.

“They [manufacturer] had to find an alternative facility to keep making Bonsoy,” Wilson tells upstart.

“Bonsoy is unique because the process does take some time as we use certified organic whole soybeans and we cannot just turn a tap when we have a shortage,” she says.

The absence of Bonsoy has become a cause for concern in the coffee market.

Wilson says that there is “sudden panic buying” under these circumstances. 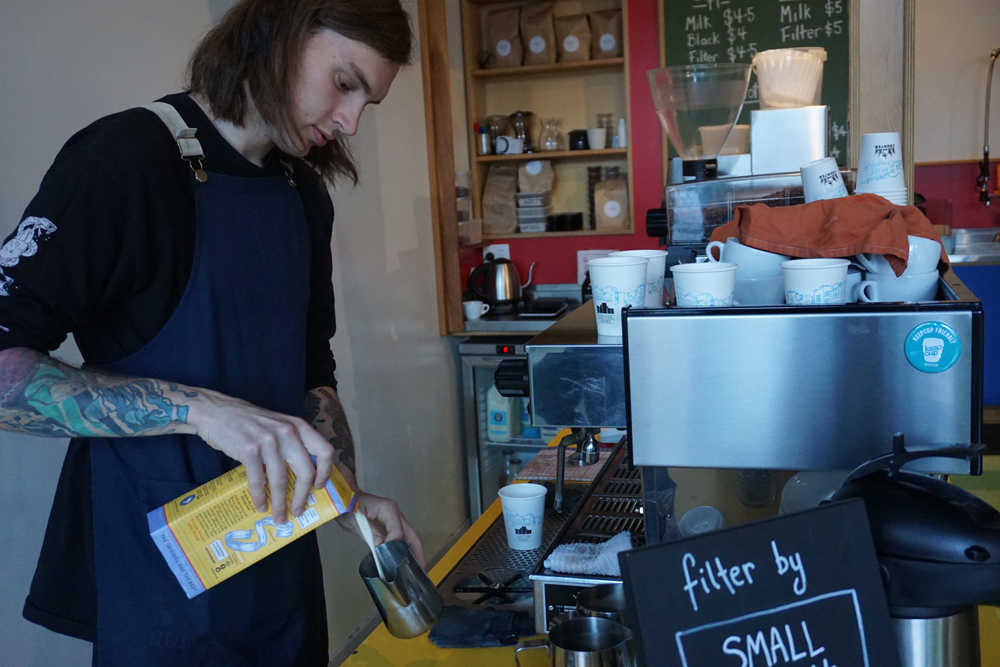 Barista at Counter and Auction Rooms cafés, Jordan Webb, says they stocked up on Bonsoy before the shortage hit.

“We had a few people drive around to different suburbs and supermarkets to buy as many boxes as they could find to help us get through the crisis, and it worked,” he says.

“We were one of the few cafes that seemed to have any Bonsoy.” 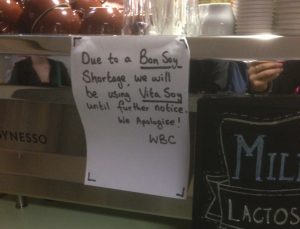 Some cafés in Melbourne even took it upon themselves to notify their soy customers of what they were receiving.

Barista at Writer’s Block café, Benedict Santilli, says that it is important to notify customers of the temporary change in soy milk.

“The primary reason was for business transparency as customers need to know exactly what they are paying for,” he says.

“Most soy drinkers would often tell you that Bonsoy is leagues and bounds ahead of other soy milks in taste and quality.”

Raphaelle Wilson says that she has heard several accounts of soy drinkers who would “rather have a black coffee” if it is not Bonsoy.

“Some cafes say they will not stock any other soy milk until Bonsoy is back,” she says.

These concerns are indeed echoed on the ground floor in cafés across Melbourne.

“Multiple customers expressed concern over this unexpected shock to their daily ritual,” he says.

According to Wilson, the beauty about Bonsoy is that it is really great for baristas to work with.

“A barista can do their latte art and stretch it [the soy milk] so that the flavour does not overpower the coffee,” she says.

Thankfully, those craving a Bonsoy latte can begin to stress less as the shortage is nearly over.

Wilson says the deliveries will be back to normal “this week and next week”.

Matt Marasco is a third-year Bachelor of Arts student majoring in philosophy and journalism. You can follow him on Twitter here: @MattMarasco