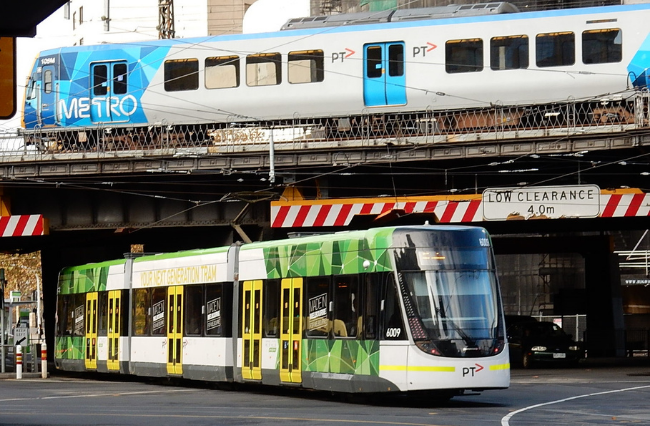 Police will begin handing out face masks at Melbourne train, tram, and bus posts from Monday.  Ensuring commuters comply with the current mandatory health directive of wearing a face covering on public transport.

Any person who refuses to don a mask offered by police, without a valid exemption, could be fined $200.

“I am concerned by the level of complacency,” Carroll told The Herald Sun.

By initially dispensing masks to travelers, the goal of the operation isn’t to punish people for forgetting to bring a mask, but instead to boost compliance to avoid the spread of COVID-19.

Therefore, it is hoped that the blitz will take more of an “education approach,” the Victoria Police Superintendent Andrew Humberstone told The Herald Sun.

“Given face coverings aren’t as ingrained in our daily lives as they were last year, we also understand it may be easy to forget to pack a mask as you rush for the train in the morning or leave the pub after a few post-work drinks,” he said.

“Police will not only be engaging with those not wearing a mask without a valid reason and offering them a face covering, but also providing reassurance to the rest of the traveling public that a rule designed to protect everyone’s health and safety is still being respected,” said Superintendent Humberstone.

The police operation will end on 6 June.

Photo: Train Over Tram by Michael Coghlan available HERE used under a Creative Commons Attribution. The image has not been modified.