Knowledge gained in motorsport has been incredibly important in the electric cars we have today. 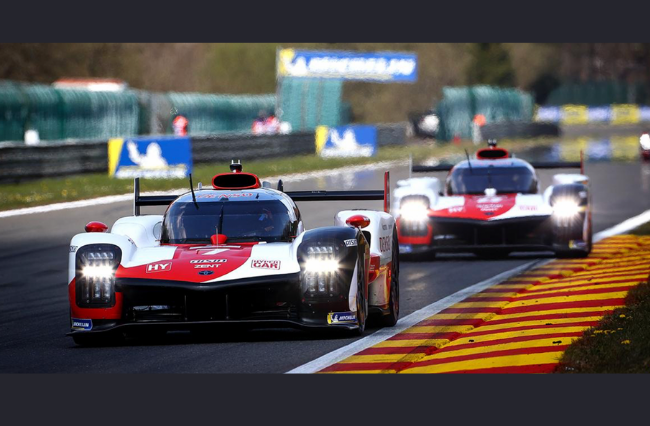 Earlier this year, the Australian Government announced a new electric vehicle policy, one which would focus on investment in charging stations to encourage the transition from petrol and diesel cars. This still does not include any subsidies or tax incentives, and experts claim Australia is still lagging behind.

It’s becoming increasingly clear that issues with climate and carbon emissions are more significant than ever before. And the lag becomes apparent when looking at statistics about purchases of electric cars in Australia compared to other, perhaps greener countries around the world.

So what’s behind this massive disparity? CarExpert deputy editor Scott Collie has worked in the industry for years, and tells upstart that he disappointed with Australia’s response. He also says it’s about legal requirements governing air pollutants in different countries.

“Because of the emission standards in places like Europe, some Asian markets, and even America, they have had quite a broad number of electric cars on offer,” he said.

In Australia, electric cars aren’t needed for car makers to meet our emission standards, he says.

“I think the other reason is initially, in some markets, there are really heavy subsidies for car makers who are selling the cars over there. So obviously, they’re going to prioritise sending cars to those markets, and people in those markets are more likely to adopt them early than somewhere like Australia.”

One issue that Australians in particular have with electric cars is “range anxiety”. There is a general belief – or at least there was until very recently – that electric cars can’t go as far as petrol or diesel cars. Collie says this is probably due to the fact that towns in Australia are reasonably far apart, and that there recharging stations are mainly only found within major urban areas at this point.

“If you look at the first Nissan LEAF [c. 2010], although it had enough to cover most people’s daily driving, a number around 200 kilometres isn’t necessarily going to make people feel comfortable. They can’t do what they’re doing in their petrol car,” he says.

While the reality used to be that electric cars couldn’t travel as far as Australians needed, technology has progressed significantly over the last 10 years and electric cars are now just as viable as petrol and diesel cars, if not more so.

“Now if you look at the crop of electric cars that are popular and are rolling out in Australia, the Tesla Model 3 has more than 500 kilometres range, the Hyundai IONIQ 5 and Volvo XC40 Recharge have more than 400 kilometres, all of a sudden, that number is a bit friendlier and people realise they can take long drives.”

What many might not be aware of is that it is that knowledge gained and development of electric technology in motorsport has been incredibly important in the electric cars we have today.

“Any brand you speak to, that [CarExpert has] spoken to, says that, even though motorsport is expensive, and even though you don’t win all the time, the technical advances that come from that are really significant,” Collie said.

While the current Australian government doesn’t prioritise electric vehicle innovation, others in the industry recognise the need to act. In fact, many companies are at the forefront of electric vehicle technology, and are taking the lead in their implementation.

Toyota is one such car maker. With their foot firmly in the door of both the electric and hybrid vehicle market, it’s not difficult to consider the Japanese company as a serious force in the development of such technology. They’re also a prime example of how involvement in motorsport benefits the development of electric vehicles.

The company is heavily involved in the World Endurance Championship (WEC), a motorsport series for technologically advanced hypercars to race for extended periods of time. As per the 2021 event calendar, the shortest race length is six hours.

Toyota’s involvement in this series is not limited to just participation, as the Toyota GAZOO Racing (TGR or GR) team has won the championship for the past two years running, using a hybrid-powered hypercar in the top category of the championship, LMP1.

A Toyota spokeperson says the influence of involvement in the world of top level motorsport is noticeable all the way down the Toyota line.

“Through the TGR-Europe development team and Toyota Motor Corporation’s engineers in Japan, motorsport competitions like the WEC play a huge role in the development of electric powertrains for both racing and production vehicles,” they said.

“This ranges from powertrain design and integration to individual components such as battery management, vehicle control and energy management systems.”

Motorsport allows companies to test these electric systems in the most demanding situations, especially over thousands of kilometres at events like the Le Mans 24 hour endurance event,  improving the strength and reliability of components for public use.

The GR title is also being passed on to Toyota’s consumer vehicles, with otherwise affordable models such as the Yaris and 86 being kitted out with performance GR parts, accessories and technology developed and used in their professional racing endeavours.

The GR Yaris is also Toyota’s car for competition in the World Rally Championship (WRC), with which they test performance technology and components through brutal rally stages.

Significantly, the effects of motorsport have made sure that advanced technology is not limited to economy grocery-getters for the average vehicle user, but is also utilised in medium- and high-end sports cars.

“One of the main important elements is the lessons learnt from the extremes of motorsport, which are fed back to Toyota to help continually develop ever-better road cars,” Toyota Australia said.

As the world progresses more towards renewable technology and governments become more accepting and encouraging, experts like Collie say it’s important that car companies adapt to and embrace these changes. Learning how to effectively implement this technology is especially important, and companies should investigate to these technologies as a means of securing a more sustainable future.

Article: Max Davies is a first-year sports journalism student. You can find him on twitter