A new report has called for the decriminalisation and legalisation of drugs.

Australia has one of the highest rates of illegal drug use in the western world.

A University of New South Wales study identifies Australia’s National Drug Strategy (1985), dubbed a ‘war on drugs’, to be a failure, as the government targets funds on law enforcement rather than harm minimisation.

According to the Australian Crime Commission, the ineffectiveness of treating drug problems as a law enforcement issue is seen through a rise in arrests, an increase in drug-related injuries, crime, overdoses and diseases. 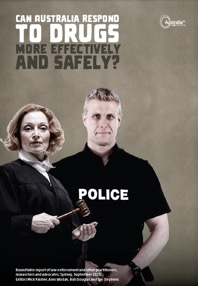 Australia21 released a report on 20 March in response, calling for the decriminalisation of personal drug use and recommending an introduction of pill testing and medically supervised injection rooms.

The aim of the initiative is to reframe the drug epidemic as a health issue, rather than a law enforcement problem.

“The best way to eliminate criminal organisations and the true criminal manifestations is to effectively decriminalise, provide safe facilities and ultimately provide a supply (of drugs),” he tells upstart.

“All the medical evidence indicates that heroin, apart from the (heroin sold on the black market), when used sensibly, forms no harm other than normalising the lives of the people who are addicted.”

The Australia21 report suggests that a greater use of the white market for drugs could destroy the black market.

The white market is a legal market that supplies tested drugs from regulated outlets to people with drug addictions.

“To allow users to inject in (drug injection rooms), you would eliminate drug deaths, unless they were intentional suicides. The facility in Sydney’s Kings Cross has demonstrated that.” 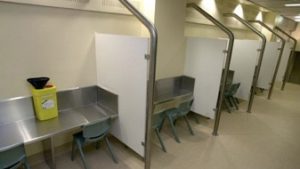 The drug injection room debate was sparked after a woman died in a Hungry Jack’s bathroom in North Richmond last year.

A coronial inquest into her death revealed it was preventable, had there been an injecting facility in Richmond.

The Australian Sex Party’s Fiona Patten responded to the incident by introducing a private members bill before Parliament for a trial drug injection room in Richmond.

Victorian Premier, Daniel Andrews, refuses to support an injection room but admits that more needs to be done to help drug addicts.

“We understand that it’s having a very serious impact in that part of our city, and whilst we have no plans to introduce a safe injecting facility, I do think that there are some other things we can do.. There are other harm minimisation approaches we can take and we’re looking to explore those and that’s the view that I’ve had for a long time,” Andrews tells the Herald Sun.

Coroners court correspondence reveals that more than 20 per cent of all people who die from a heroin overdose in Victoria either die in, or source the drug from North Richmond.

More than 20 people die from heroin overdoses in the area each year.

Greg Denham, the Yarra Health and Drug Forum executive director, tells The Age that the most heroin overdoses occur in the ‘heroin triangle’ located in North Richmond, bordered by Elizabeth, Hoddle, Lennox and Victoria streets. 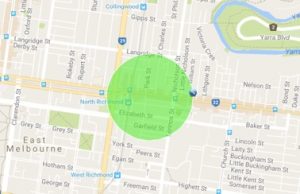 North Richmond Community Health supports the bill before parliament for a supervised injecting facility in the North Richmond area.

North Richmond Community Health spokesperson, Jessie Richardson, says their staff provide services to 160 people in their Needle Syringe Program and a further 25 people who inject drugs through their outreach program.

“Our staff often are the first responders to (heroin-related overdoses). These events are incredibly traumatising for onlookers, family members, friends, our staff and the wider community,” she tells upstart.

“As an organisation, we’re primarily concerned with saving lives.”

“We believe that a supervised injecting facility is the first step to reducing preventable deaths that are occurring in our area.”

While the Needle and Syringe Programs have been proven to significantly reduce harms associated with injecting drugs, Ms Richardson says that sterile injecting equipment isn’t enough to save lives.

Richter is adamant that if drugs were to be decriminalised and a drug injection room implemented, it would be a positive step towards harm reduction.

“We’re a long way from the logical sequence that is needed to take proper control of drug policy and law enforcement. We’re bound to get there because everything else is a failure.”

Haley Battersby is a third-year Media and Communication (Journalism) student at La Trobe University. You can follow her on twitter here: @HaleyBattersby