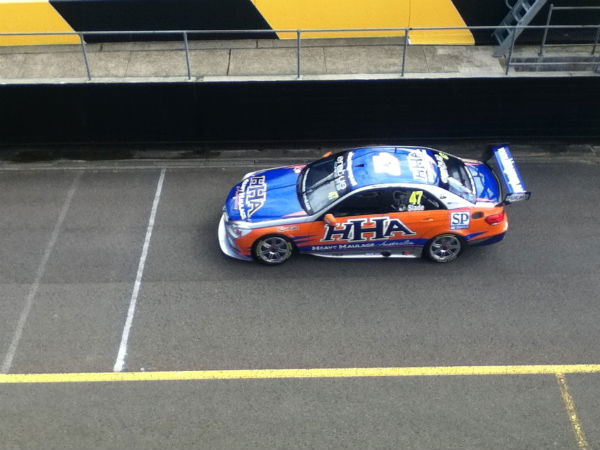 The signing of three highly talented drivers in Lee Holdsworth, Maro Engel and Tim Slade spearheaded a team with plenty of promise.

Sit each of those three in cars that feature cutting edge V8 engine technology and the cache that is derived from the three pointed star and the E63 AMG name, and Erebus appears to be an unstoppable force.

However, the team’s overall performance to date can be described as modest at best, fraught with obstacles and setbacks and the decision to put three Mercedes-Benz cars on the Australian V8 Supercars starting grid could be one of the most controversial in the sport’s history.

To date, Erebus Motorsport V8 has won a total of 2,038 points, 3,094 points behind championship leader Red Bull, and an overall ranking of nine out of 18, behind Nissan’s Jack Daniel’s Racing and Norton Hornets, which are currently ranked seventh and eighth respectively.

Maro Engel has earned the most points, at 636, a deficit of 1,511 behind winning driver Jamie Whincup.

Erebus’s completed the recent Armor All Gold Coast 600 with Holdsworth and Baird in 12th place, Slade and David Brabham in 15th place and despite shock absorber difficulties, Engel completed the race in 21st place.

The team’s best result to date was a fourth place finish, in the car piloted by Lee Holdsworth and enduro partner Craig Baird at the Sandown 500. Although not a podium position, this achievement – coupled with efforts at the Gold Coast track – suggest the team has the capacity to exhibit impressive potential.

The Erebus cars bear no Mercedes livery, with team owner and real estate tycoon Betty Klimenko (daughter of Westfield co-founder John Saunders) switching from the former and highly successful Stone Brothers Racing Ford Falcons, for a trio of Mercedes-Benz E63 AMG bodies grafted onto the sport’s Car of the Future (COTF) platform. Klimenko has bankrolled the whole operation herself, and the team is just another Benz motorsport customer as Mercedes-Benz Australia had been stridently opposed to financially backing the team.

Mercedes-AMG boss Tobias Moers openly expressed frustration with the team while talking to journalists from motoring.com.au at the Frankfurt Motorshow.

“It’s not really good where we are in that race series — that is clear. There is no sense to talk with you ‘oh we are happy’ because no, we are not happy,” he said.

“The aim is to win. If you race a car in race series you have to win. You have to believe that you sometime can win. There must be a breakthrough sooner or later — that is clear.”

Erebus CEO Ryan Maddison deviates from the Moers’ opinion: “We are in constant contact with AMG Customer Sports program and 100 per cent we are on the same page about the direction of the program. We are all highly passionate about motorsport and the success of Erebus within V8 Supercars, so we share their feelings toward the desire for success.”

The difference in opinions raises a number of issues: if the manufacturer and customer shared the same values, it is unlikely that a Mercedes-Benz executive would heatedly deride Erebus’s on track efforts.

Moreover, if Erebus were further up the V8 Supercars standings, it could be expected that Mercedes would provide more support and perhaps even begin supplying the team with cars, as podium finishes would reflect the engineering, performance and racing prowess for which the brand has become famed.

“To bring a brand such as AMG to V8 Supercars changes the game in many respects and opens the sport to a whole new customer base. The support the team has received from those who haven’t necessarily been interested in V8 Supercars since it announced it would become the second new manufacturer indicates the decision was a sound one,” said Maddison.

However, despite Moers’ lack of enthusiasm for the team, he concedes that Mercedes-AMG misjudged the competitiveness of the sport.

“We underestimated everything in that series — that is the truth,” he said.

It’s something Maddison agrees with.

“The lead time between the announcement and placing the cars on the grid for the very first event was just over three months. There were many challenges faced by both the team here in Australia and the engineering team back at AMG Customer Sports in Germany.

“The V8 Supercars Championship is one of the most competitive saloon racing series in the world, bar none and it would be fair to say that the Car of the Future regulations has closed the field even tighter.”

The team is working tirelessly to build upon the foundations that have been laid, and Maddison remains optimistic about the future and reiterates his team’s drive to win.

“What can you can expect? I can promise you Erebus will continue to push for success.”

Matt Calvitto is an upstart staff writer and is currently completing his Master of Global Communications at La Trobe University. You can follow him on Twitter: @mattcalvitto