NSW health experts believe that the new Omicron sub-variant will be more infectious than its predecessors. 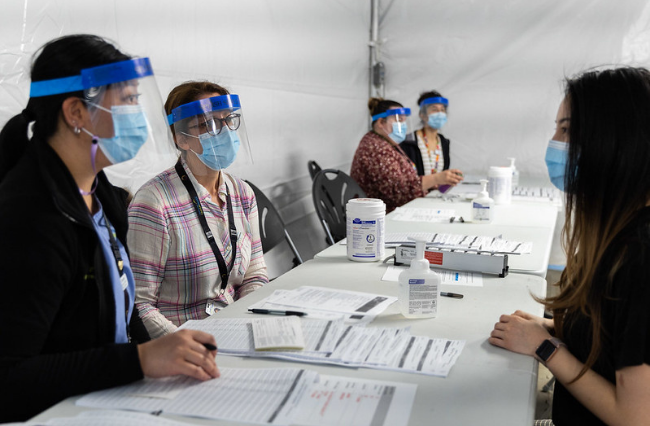 Victorian state health authorities have  confirmed that the new sub-variant of the Omicron strain of COVID-19 detected in New South Wales has been found in wastewater in Tullamarine.

After NSW recorded Australia’s first case of the new sub-variant, NSW health experts have raised concern about its potential to evade vaccinations and cause reinfection.

The person who tested positive for the BA. 4 variant was returning home after travelling to South Africa in late March, with NSW Health taking three weeks to confirm that it was the strain that has been flagged by the World Health Organisation (WHO).

WHO have previously warned that BA. 4 may have an increased ability to evade the immune system, meaning that vaccinations will be less effective against it.

Former WHO epidemiologist, Professor Adrian Esterman said that BA. 4 is likely to become the most contagious sub-variant of Omicron.

“It appears to have the same intrinsic transmissibility as BA. 2, but can more easily evade immunity – that is, it can more easily reinfect people, or infect those who are vaccinated,” he told NCA NewsWire.

Epidemiologist and mathematical biologist James McCaw believes says that while Australians can expect to contract COVID again, the symptoms will be less severe.

“Reinfections will become the norm, but what we hope is repeat infections will be milder each time as natural immunity combined with vaccination generates strong protection,” McCaw told The Sydney Morning Herald.

Photo: COVID-19 immunizations begin by Province of British Columbia available HERE and is used under a Creative Commons licence. This photo has not been modified.