The AFL Commission has announced a major overhaul of the women’s competition. 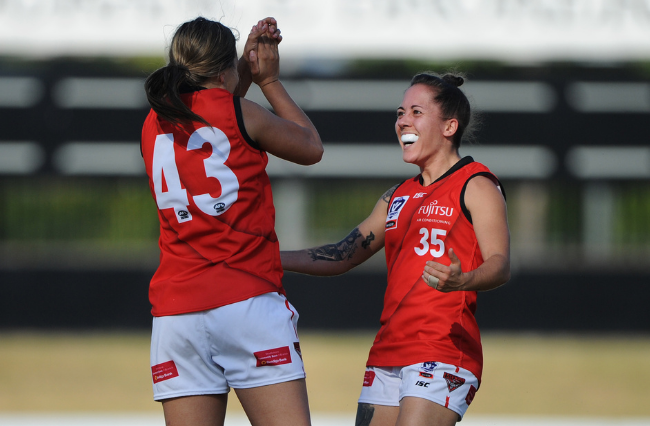 Last week the AFL Commission made several announcements regarding the AFLW competition’s plans to expand and the league’s new start date. But, what do these changes mean for the game’s future and why do these moves have some footy fans divided?

The start of the season will be brought forward to December.

Football will now be played over the summer as the next AFLW season has been locked in for December this year.

Moved forward five weeks, the 2021-2022 season has had an extra round added to it from season five, making it a 10-round competition with three weeks of finals. The Grand Final match has been scheduled for mid-March 2022, one week before the men’s competition kicks off.

The decision to bring the start date forward shadowed the existing crossover between the AFLW finals series and the start of the AFL season, creating a rivalry for footy fans.

Staggeringly, game attendance and broadcast figures also made a case for the AFLW to run in isolation from the AFL with the code dramatically increasing in popularity.

However, in preventing the clash with the men’s competition, play now conflicts with staple summer sports such as cricket and tennis, leaving some fans unhappy.

Annoyed that they will now have to choose between watching the AFLW, Ashes series, Australian Open and Big Bash League, fans have taken to social media to voice their disapproval.

As expected, no new teams will join the competition for season 2021-2022, instead, the four clubs without an AFLW team, namely Essendon, Hawthorn, Port Adelaide and Sydney, will assume a new expansion process in preparation for admittance by the end of 2023.

To be considered, clubs have until July 9 to submit a proposal outlying why they should be brought into the league. Applicants will then be assessed against a range of criteria before final licensing decisions are made by the AFL Commission at a meeting in August. Any unsuccessful proposals will then see clubs having to reapply.

Despite the commitment to grow the competition, Hawthorn president Jeff Kennett was furious that desiring clubs would have to reapply.

“Of course we’ll have to go through the bloody (application) process. How bureaucratic is that? The AFL knows all of our finances, all clubs have to report on a regular basis. We’re an unassisted club, we’re financially sound, we’re organisationally well positioned, we’re a training ground for many other clubs. They know us inside and out,” he told SEN.

Photo: Danielle Ponter and Valerie Moreau celebrate a goal by Flickerd available HERE used under a Creative Commons Attribution. The image has not been modified.