Times of uncertainty encourage the creation and circulation of conspiracy theories. 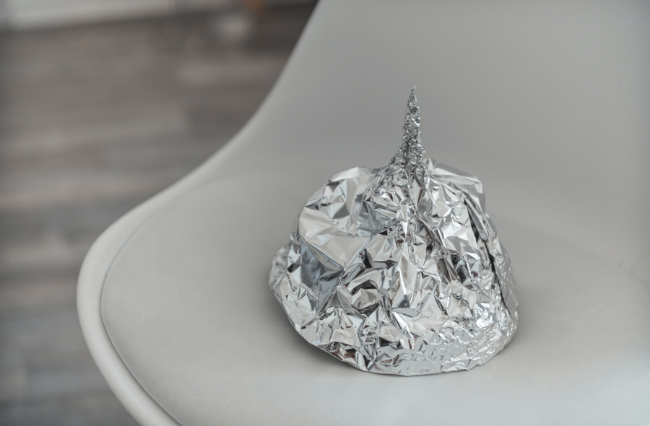 But, according to those who study them, conspiracy theories don’t start and stop at the coronavirus nor are they merely the work of a select few people who scheme in their living rooms. Two experts in the field help break down why they exist, why they are so attractive and why believers often can’t be swayed.

Why do we believe in conspiracy theories?

Crisis situations, like this pandemic, provide a breeding ground. Karen Douglas is a professor of social psychology at the University of Kent and has spent over ten years studying the psychology of conspiracy theories. She says it’s not surprising that people turn to them in times of crisis and uncertainty.

“At this time, people are looking for answers that explain why things are happening, and they are looking for some comfort. They are scared and uncertain, and also confused by all of the information around them,” she told upstart.

Prof Douglas explains these needs as epistemic, existential and social. Epistemic relates to a need to be knowledgeable and accurate. Existential means people will believe in conspiracy theories when they feel a need to be safe and secure in the world, and believing in conspiracy theories for social reasons stems from needing to maintain a positive view of self and the groups we belong to.

Who believes in conspiracy theories?

There is no set model as to who will become a believer of conspiracy theories, in fact, polls show us that large amounts of people believe in at least one. Retired professor of social anthropology in Sweden, Annika Rabo, spent years working in the Middle East and she says it would be rare to find someone who didn’t believe in at least one conspiracy.

“In the Middle East, conspiracy theories are very prevalent,” she told upstart.

Prof Douglas explained that some personality types are more vulnerable to believing conspiracies but there isn’t a hard and fast rule for determining whether someone will or won’t develop a belief.

“Whilst there are many personality traits that are associated with belief in conspiracy theories, it is more likely that these links exist because of particular psychological needs that these personality characteristics evoke,” she said.

Conspiracy theories can be harmful when they lead to wrongful accusations, ignorance or discrimination of marginalised groups. Prof Rabo agrees that while they are dangerous and do spread misinformation, we should remain vigilant and continue to challenge information that is presented to us by authoritative figures to keep them accountable.

“When they [conspiracy theories] start to pinpoint a scapegoat, that is when it becomes socially and politically dangerous,” she said.

Prof Rabo discussed that it is important to understand the difference between conspiracy theories and genuine concerns surrounding an event.

“Conspiracies do happen,” she said.

By this, she means collusion and cover-ups. For example, the Watergate Scandal back in the 70s or more recently Russia’s interference in the U.S election. These events are exposed due to conspiratorial thinking somewhere along the line.

One distinguishing factor between a conspiracy theory and a genuine cover-up is evidence. Collusion and cover-ups will have genuine, straightforward evidence to go along with them.

Why do people continue believing a conspiracy even if it has been disproved?

Prof Douglas says that more often than not people will persist with their belief in a conspiracy theory even if there is evidence to suggest that it is not true.

“Once people believe in conspiracy theories, the beliefs are difficult to correct,” she said.

People will often believe that any evidence found disproving a conspiracy theory is just another part of the plot. This is due to a number of reasons. One being that our brains are hardwired to want to see patterns. Psychiatrist Klaus Conrad named this tendency Apophenia, “the tendency to mistakenly perceive connections and meaning between unrelated things.”

Another reason stems from one of the original sources of conspiratorial thinking which is for social reasons; we as humans want to fit in. If an idea gains followers then it can possess what is called social proof, which is essentially people believe in it because others do.

Prof Rabo and Prof Douglas both agree that it’s simply just hard for people to go against something they believe in once they have developed a strong belief.

As explored above, people will essentially believe what they want to believe. But experts say, if we understand the science behind conspiracy theories and know the type of environment that usually builds a conspiracy, like that of this pandemic, then we can remain in touch with reality.

They also say that by doing things like using empathy and slowly pointing out logical inconsistencies to people who believe in conspiracy theories, we can steer people away from them.

Article: Brittany Carlson is a second-year Bachelor of Media and Communications (Journalism) student at La Trobe University. You can follow her on Twitter @media_brittany.

Photo: Silver foil on white ceramic plate by Tom Radetzki is available HERE and used under a creative commons license.