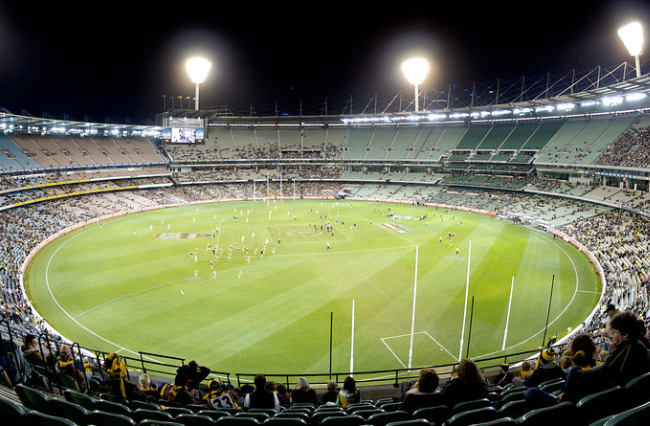 With Geelong crowned the 2022 AFL premiers over the weekend, attention now turns to the busiest time of the year for list managers and player agents as the free agency and trade period commences.

Over the next two months, numerous players will find new homes for the 2023 season, while a fresh crop of young stars will make their way onto an AFL list for the first time when the draft is held in late November.

Here are some of the key points you should know about the AFL off-season.

How does free agency work?

Introduced at the completion of the 2012 season, free agency provides an opportunity for players to land at a new club without the hassle of clubs deliberating over a suitable trade.

There are two categories of free agents – restricted and unrestricted – with the latter able to switch clubs without their former team being able to retain them. Restricted free agents however, can have their offers matched by their original club. In these instances, the player must either remain at their current club, or request a trade, making the process more arduous for all parties.

Given clubs are often unable to match the bids their players receive, the AFL developed a compensation formula to reduce the burden of losing high-calibre players.

The formula produces a player rating based on the age of the free agent and the new contract they will be receiving, to determine the draft pick their former club will be allocated as compensation. Clubs can then use these additional picks at the national draft.

The 2022 free agency window will open on Friday September 30, with free agents having until the following Friday to switch teams. Clubs have an additional three days to match any bids put forward to their players.

When does the trade period start?

The trade period will open on Monday 3 October and run until 7:30pm AEDT on Wednesday October 12, with the league hoping for a frenzy of last-minute deals to be secured in prime-time on the final day, as in recent years.

Clubs are able to trade both players, and draft picks throughout this period. In complex deals, a team will often first do a pick-swap with another club so they can then pass these picks onto the club of the player they are trying to acquire.

Who can we expect to move clubs?

The 2022 sign and trade period is set to be one the biggest in recent memory, with a host of big names having already requested trades or indicated their desire to use their free agency status.

Melbourne young-gun and premiership player Luke Jackson has requested a trade back to his home-state of WA, with Fremantle said to be leading the race for the ruckman.

Fremantle are preparing for numerous players to depart the club however, with big men Rory Lobb, Griffin Logue and Lloyd Meek are seeking to be traded to Victorian clubs, while wingman Blake Acres has informed the Dockers of his wish to move to Carlton.

Collingwood’s All-Australian ruckman Brodie Grundy could be on his way to the Demons, however the Pies are set to pick-up Brisbane’s Daniel McStay via free agency, while Bobby Hill and Billy Frampton have requested the preliminary finalists as their club of choice for 2023.

Richmond is also poised to be a big player this year, with GWS duo Tim Taranto and Jacob Hopper both hoping to join the Tigers.

While players can no longer be traded once the deadline is reached on 12 October, picks can continue to be swapped up until 15 November.

So when is the draft?

The national draft will be held on 28 and 29 November, with the AFL continuing to break up the draft over two nights.

First-round picks will be announced on the first night, while the remaining selections will take place the following day.

The pre-season and rookie will then take place on 30 November.

North Melbourne currently has the first pick in the national draft, as they did in 2021, with West Coast and GWS holding picks two and three respectively. The first-round draft order is decided by ladder position, with the team who finishes last awarded the first pick and so on.

The MCG at Night by Sascha Wenninger available HERE and use under a creative commons license. The photo has not been modified.