The practice has become a popular trend on social media, but has its connection to traditional Chinese medicine been compromised? 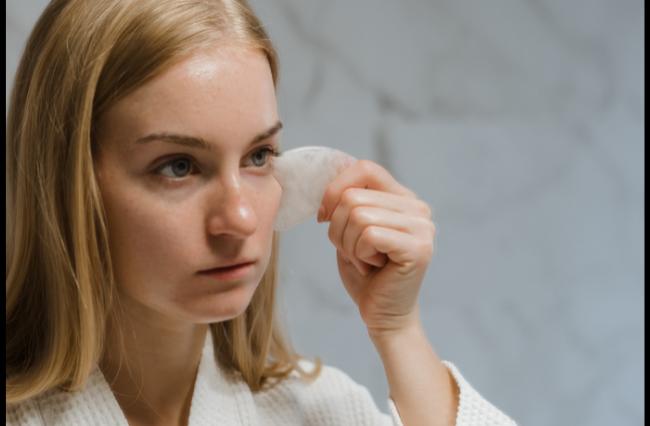 Praised for its jaw sculpting benefits, gua sha tools have become the new it-tool for face contouring in the beauty industry. The rise of the facial tool, which helps relieve facial tension, is influenced by the rising popularity of Korean and Japanese beauty trends. And now, people are falling in love with the Chinese wellness routine, which has become a popular TikTok trend.

Many white-owned beauty companies have jumped on the bandwagon of selling gua sha tools without paying homage to its centuries-old history. For a mere $1.99, people can buy the trendy tool on Amazon or AliExpress, frustrating traditional Chinese medicine (TCM) experts.

If you’re unfamiliar with what gua sha is, here’s everything you need to know about the trend, its significance as a cultural practice and how TCM practitioners advise people to safely and properly practice it at home.

What is gua sha?

Gua sha (pronounced gwa-sha) is a technique that’s used in conjunction with acupuncture to help with alleviating and reducing cold symptoms and muscular tension. The term gua sha is derived from the physical outcome of the practice. According to Kim, “gua” is the strokes repeatedly done to release pathogens indicated by petechiae (blood spots) that are the “sha”. This practice has been ingrained in Chinese culture for hundreds of years and continues to be passed down through generations to this day.

The idea of the practice is to scrape the skin along the bladder meridian, which is parallel to the spine, until redness is present. The redness is a clinical indication of where in the meridian, or on the body, that there’s a stagnation (a pathological term in the TCM, used to determine whether there’s pain or problem). The temporary discolouration ranges from nothing to a bruised-like purple.

Gua sha as a trend

In recent years, gua sha has also been incorporated into cosmetic acupuncture treatments. The technique is done to improve blood circulations, lymphatic drainage and skin elasticity. However, the recent rise in popularity of gua sha in Western wellness is tamer compared to how it was done years ago. Traditionally, this vigorous routine is done with either a coin or porcelain spoons that are used in yum cha, which TCM practitioner Jeannie Kim says can be pretty “barbaric”.

The contemporary “modern” looking tool came into the spotlight around three years ago, the most common being the shark-fin shaped one. Businesses have now produced gua sha tools with different materials such as jade (a green stone with balancing effects), rose quartz (a pink stone that has soothing properties), nephrite (a very dense dark green stone that has enhanced healing properties) and terahertz (a lightweight silver stone that’s great for retaining heat). 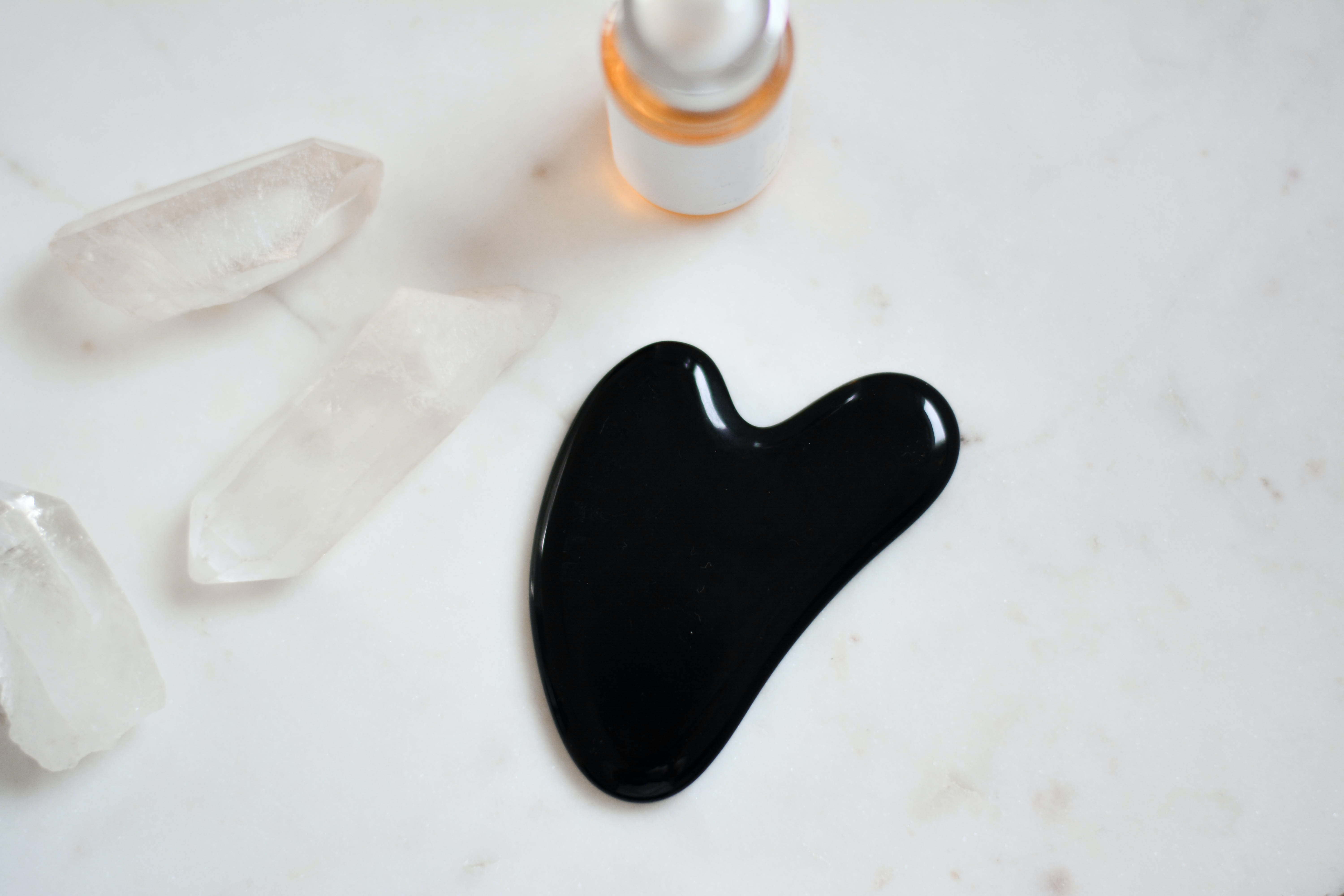 The gua sha tool has since been flaunted on social media by non-Chinese influencers, who make up most of the popular content surrounding the trend. But, under all the attention that the practice is getting lies the untold cultural significance of gua sha that many people fail to acknowledge, beauty editor and gua sha user Devon Kelley tells upstart.

“Many people on social media view gua sha as a trend when in reality it is a centuries-old healing practice that is about so much more than sculpting your jawline. It’s about the health of your entire body,” she says.

Kelley, whose video of practising gua sha went viral on TikTok, is wary of being at the “centre” of the trend. As a white person, she says she’s “conscious” of her role in amplifying the practice and chooses not to position herself as an expert on the techniques.

“Maintaining the integrity of this historical and culturally significant practice is extremely important … I believe that Chinese people should be the ones to profit from the current popularity of gua sha,” she says.

“Buying gua sha tools and learning techniques from Chinese people who practice TCM is the best way to do that.”

According to Jeannie Kim, gua sha treatments are generally safe to do at home. She recommends people to practice gua sha on one side of the face first, starting from the right side and finish off on the left, to see if there’s a shift in the physical appearance. Ideally, the practice is done between 15 to 30 minutes, once or twice a week maximum, with gentle outward and upward strokes and lighter pressure as the facial skin is more delicate compared to the neck or shoulder.

“People often think the more colour the better. But it’s actually not. You’re not meant to see petechiae [blood spot] when doing gua sha on the face,” she says.

The facial gua sha technique is divided into two layers according to Kim. The first layer is called “cutting” which is where people address the wrinkles of the fine lines.

The technique starts with rubbing up and down perpendicular to the horizontal lines on the forehead, gently down to the inner corner of the under eye and out, followed by circular motions around the smile lines and ends on the jaw. The jaw has its own technique, and it starts with running the tool along the jaw, up past the ear and then down towards the collarbone.

The second layer is “smoothening” which is applied after cutting. Smoothening starts with either one or two gua sha tools going upwards from nose up to the temple, then lips to the temple and finally the cheeks up towards the temple.

As an extension of Chinese medicine therapy, gua sha upholds the Eastern belief of yin and yang in which a healthy body is one that’s well-balanced. TCM practitioners aim to identify and treat the underlying root of the symptoms. But Chinese medicine itself is holistic, and Kim notes that gua sha may not be suitable for everybody.

“While gua sha can be used to cut the wrinkles, we [practitioners] have to think about why the skin itself is dry and wrinkled. Is the person sleeping enough, are they eating the right foods for their constitution, are they hydrated enough?” she says.

“Some people may not see results after multiple uses of gua sha because their environment, eating habits or lifestyle cannot be treated by gua sha.”

Cover photo: Woman in white shirt holding white cotton by Polina Kovaleva available HERE and used under a Creative Commons Attribution. The image has not been modified.

Photo in body of article: Black ink on white surface near bottle by Content Pixie available HERE and used under a Creative Commons Attribution. The image has not been modified.