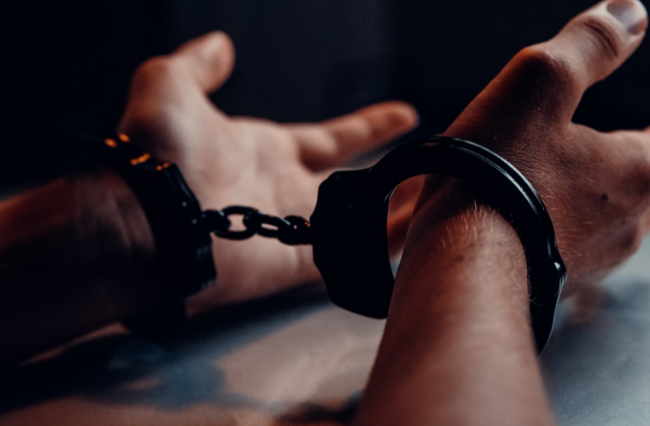 “Don’t let them take me.” A young child who held tightly onto their father’s leg as a group of police waited for them outside their house in Darwin.

These words come from one of the many stories shared by Aboriginal children during the 2017 Royal Commission into the Protection and Detention of Children in the Northern Territory. Of the 430 youths who have come forward to give personal accounts of their experiences within the justice system, many described being subject to physical violence and enduring significant trauma.

The commission was announced by Former Prime Minister Malcom Turnbull, hours after the ABC’s Four Corners program aired footage of the conditions Aboriginal  Australian children were living in at Don Dale Youth Detention Centre. The 2016 program ‘Australia’s Shame’ revealed the infamous image of adolescent Dylan Voller being shackled to a chair with a spit hood over his head, after he threatened to harm himself.

Data shows that Aboriginal and Torres Strait Islander children continue to be incarcerated at much higher rates. In 2020 only six percent of Australians aged 10-17 were Indigenous. But Indigenous children were 17 times more likely to end up in detention compared to non-Indigenous children.

Given the ages of many kids at the time of their experiences, the Commission has raised significant questions about the impact of the age of criminal responsibility in Australia, and particularly on Indigenous children.

The Australian age of criminal responsibility: “A legacy of an antiquated law”

The age of criminal responsibility is defined as the age by which a child can be legally held accountable for a crime. No child under this age can be found guilty. In all states and territories of Australia, the age of criminal responsibility is ten years old. This means that police have the ability to arrest, strip search and lock up children, as young as grade three and four.

However, under Australian law, dating back to the Commonwealth’s Crimes Act 1914 and Criminal Code Act 1995, a child between the ages of 10-14 years old cannot be found guilty unless the Prosecution can prove that they were able to understand the difference between right and wrong. This refers to the common law of doli incapax, which under the legislation presumes that a child is “incapable of crime”.

In 2020, The Guardian reported that 499 children between the ages of 10 and 14 were imprisoned. Of those children, at least 65% identified as Aboriginal or Torres Strait Islander.

To further explain issues surrounding this law, upstart spoke to Principal Legal Officer of the Northern Aboriginal Justice Agency (NAAJA) David Woodroffe, who says that the current age of criminal responsibility is “a legacy of an antiquated law”.

“It’s something I think many generations will look back at this period of time and just see how stark and…barbaric these practices were,” he tells upstart.

Many have spoken out against the current law, with campaigns like Raise the Age and Change the Record that are providing support for young people and are working towards changing the legislation.

In January this year, 30 countries from the United Nations urged Australia to raise the age to 14, the accepted age by the United Nation’s Child Rights Committee. However, the Australian Government has continued to resist the international scrutiny.

What are the impacts  on Indigenous youth?

The first issue is the trauma and violence experienced by some youth in detention.

Having worked as a lawyer for Aboriginal aid for roughly 20 years, Woodroffe has seen countless cases where Aboriginal children have been mistreated by the justice system.

And during the Royal Commission, which he was involved in, children told accounts of being held in solitary confinement, being threatened by guards, kept in unsafe conditions and being isolated from their families.

“When I got there, one of the guards told me that there were rapists in some of the cells and he’ll put me in a cell with them if I don’t keep in line,” one child told the Commission.

“After I got out, Dad told me that he wrote a number of letters to me. He asked why I wasn’t replying to him and said, “are you angry with me?” They did not give me his letters,” another child told the commission.

Woodroffe says that every child who spoke at the commission just wanted to make youth detention a better place so that other children wouldn’t have to go through the same experiences.

“I just wish governments could learn and listen to the voices of children,” he says.

The second issue is that the new bail laws are accentuating the disadvantage many children and communities already faced.

In May this year, the Northern Territory Government made changes to bail laws. Under the new laws, bail is automatically revoked if a child commits a “serious” breach, meaning that they can be put back into custody. These can include reoffending, failure to attend youth diversion, and breaches of “certain electronic monitoring conditions and curfew”.

Woodroffe says these have only increased the number of Aboriginal children in detention.

“The government [as a] consequence is opening up, expanding our prison system to increase the number of beds, in their own words,” he says.

Woodroffe says that in most cases children and their families do not have the support and resources that they need to abide bail rules. Often a child will breach the laws because they are visiting a family member, or they can’t afford electricity to charge their electronic monitoring devices.

The two main youth detention centres in the Northern Territory are in Alice Springs and Darwin. However, as Alice Springs doesn’t have the capacity for the number of children being incarcerated, many are transported across the state to Darwin.

Woodroffe says these centres are a major culture shock for Aboriginal children living in remote communities. Often they are placed in situations where no one speaks their language and their families are too poor to visit them. In some cases children are eligible for diversion, a system aimed to help people avoid a criminal record, but it can take months before they are even allowed to attend these programs. During this time of waiting, a child may acquire numerous breaches.

“Kids are basically then intrenched in the justice system because here they are not eligible for diversion. They’ve got ten files. The one file could be a property offence and then seven breaches of bail, and that’s the sort of things that see kids ending up in detention,” he says.

How have governments responded to calls about raising the age?

In November this year Australia’s attorneys-general proposed an agreement to raise the age to 12. However, this decision has been met with scrutiny, as the majority of children in the justice system are aged 12 and 13.

The ACT has already committed to raising the age to 14 and the NT has agreed in principle to 12 years old, whilst other states are yet to comment.

The Federal Government does not support the move and continues to push responsibility onto state governments, with a spokesperson for Federal Attorney-General, Michaelia Cash, telling The Age that raising the age is “primarily an issue for states and territories.”

Meanwhile, the Council of Attorneys-General (CAG) have been accused of hiding evidence from their 2018 investigation into potential reforms surrounding the age of criminal responsibility.

Ninety-three submissions were provided by youth, medical and legal organisations believed to be in support of raising the age to 14. However, the government has ignored requests to make these submissions public, despite 83 of them being tagged non-confidential.

A conjoined letter, written by 52 of the organisations associated with the Raise the Age campaign, was sent to the CAG asking them to publicly release the submissions. The government has continued to ignore all attempts.

Some have since independently released their own submissions, and in May a copy of CAG’s report was leaked to the media.

However, many are asking why we are still holding young children accountable? Woodroffe says that it comes down to government willingness.

“It’s the justice system that’s not attuned to the needs of Aboriginal children and Aboriginal people. It’s still in that…antiquated system of incarceration, punishment and arrest,” he says.

“[It is] discrimination, racism and also the systemic factors that see the high numbers of Aboriginal children coming into our justice system.”

Victoria Police and the police union have said they see no reason to change the age, arguing that the current law is necessary for safety. They claim to be in favour of diversion programs but not of raising the age, as “it is important that police have the ability to arrest and hold young offenders to account who have committed serious crimes”.

Looking for alternatives to incarceration

Woodroffe is among those working on a bill to raise the age to 14. However, he says that there are also many alternatives to incarceration that are more effective.

Most of these children offend because of poverty, disability and lack of resources, he says. He believes the best way to help these children is to supply the communities with what they need to help the child themselves.

“We’ve got to give back power to our elders and grandmothers and grandfathers to provide that security but also that guidance within their communities,” he says.

In one case, a child who broke into a remote medical centre was then taught how to prepare bandages for the clinic.

Woodroffe says that some youth groups set up their own cafés and hairdressing classes for children to get involved in, as well as things like bush camps. He says that Aboriginal communities want to support their own youth and the most important thing is giving them the power to do so.

“There’s this fallacy that communities don’t care for their own children and therefore people somehow think that they’re better off in detention, when that’s not the case,” he says.

Photo: by Kindel Media from Pexels and used under a Creative Commons licence

Article: Sofia Jayne is a second-year Bachelor of Media and Communications (Journalism) student at La Trobe University. You can follow her on Twitter @SofiaJayne_