Sport on free-to-air TV is diminishing, but why is this the case? 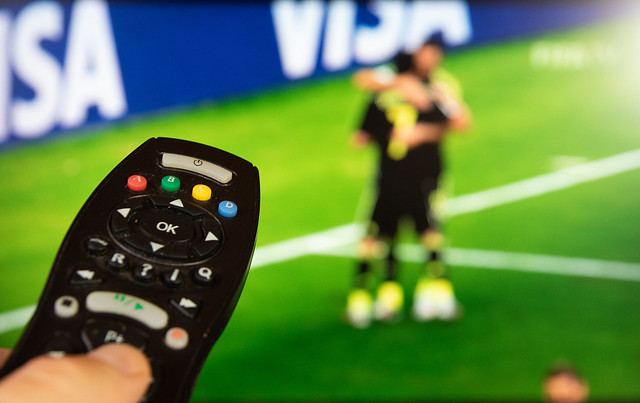 On September 6, the AFL signed a $4.5 billion, seven-year broadcast deal with the Seven Network, Foxtel and Telstra, making it the biggest deal of its kind in Australian history.

However, the deal, worth $2 million more than the current deal came with its fair share of controversy. The AFL had previously contemplated getting streaming services Stan, Paramount and Amazon involved, much to the disapproval of Communications Minister Michelle Rowland.

“I encourage the AFL Commission and its broadcast and streaming partners to ensure there is no diminution in the availability of AFL matches on free-to-air television under the new deal,” she said in a statement.

A reduction in AFL games on free-to-air would have symbolised a paradigm shift to sport on pay TV, signalling the beginning of the end of sport on free-to-air TV as we know it.

To get a full understanding of how subscription services are securing exclusive broadcast rights despite the anti-siphoning laws, we need to understand what they are and how they work.

What are the anti-siphoning laws?

In 1992, the anti-siphoning laws were introduced by the Australian Government to keep sport on free-to-air television, under the Broadcasting Services Act. Free TV CEO Bridget Fair says that the laws were brought in to prevent pay TV companies from immediately gaining exclusive rights to sporting events.

“The whole reason these rules came into place in the 90s was that there was a recognition that sport is something that cuts across all social boundaries,” she tells upstart. “It’s an important cultural element.”

These laws ensure that free-to-air stations get priority access to host any sporting events on the anti-siphoning list. Pay TV companies are only given exclusive access to these events for three reasons:

There have been many refinements of the anti-siphoning list since it was first introduced in 1994. Some of the sporting events on the list include the Olympics and Commonwealth Games, NRL, all test matches in Australia, and the AFL.

However, significant changes were made in 2017, as part of a media reform package from the Turnbull Government. This was to maintain healthy competition for rights between free-to-air and subscription companies. The biggest changes in the anti-siphoning list after the media reform was in the reduction of international sport, as well as the removal of all golf, the V8 supercars season (not including Bathurst 1000) and most soccer matches.

Emeritus professor at Western Sydney University David Rowe says that the Australian Communications and Media Authority (ACMA) must take ownership of the anti-siphoning list, after the removal of these events.

“That’s a problem if you want to keep premium sport events of national importance and cultural significance … there are a few issues there, plus the seeming unwillingness of the Australian Communications and Media Authority (ACMA) to place and enforce the list,” he tells upstart.

A loophole in the anti-siphoning laws is the on-selling of broadcast rights to streaming services. Considering the money to purchase these rights have increased, due to the competition from other stations, some free-to-air companies will bid for these rights in tandem with a streaming service.

For example, last year Network Ten and streaming service Paramount+ partnered to purchase the A-League rights, previously held by Foxtel. Deals like this prompted Foxtel to launch their own streaming service Kayo in 2018 to get in on the loophole. In the midst of this, free-to-air companies are being held ransom to host the rights to live sport, a dilemma that Rowe has recognised.

“Free-to-air is largely on life support in the digital world and essentially, it’s being kept alive by live sport,” he says.

Bridget Fair says that the anti-siphoning laws are the only thing preventing paid services from having total control of sport broadcasting rights.

“Free sport is something that brings the community together, and so these laws are the only way that we can ensure that that continues to be the case,” she says.

How are the current government aiming to deal with this issue?

The future of sport on free-to-air television

Fair says that sport and free-to-air TV should remain in solid partnership for many years to come.

“We see a very strong future for sport and free to air television. It’s clearly one of the central tentpoles of programming on free to air TV,” she says.

Meanwhile, Rowe says that there is potential for a strong future, but it hinges on the Labor Government making any necessary amendments to the laws, which are presented in the review.

“Rowland has made it clear that she expects the free-to-air TV companies in sports to strike deals where there’s no reduction in the listed events so it’s a bit shaky, but there are some promising signs.”

Article | Jackson Mansell is a second-year Bachelor of Media and Communications (Sports Journalism) student at La Trobe University. You can follow him on Twitter @jackson_mansell

Photo | Watching Television Using Remote Control by Jernej Furman is available HERE and is used under a Creative Commons licence. This photo has not been modified.