The Bali bombings killed the most Australians in a single act of terror ever. 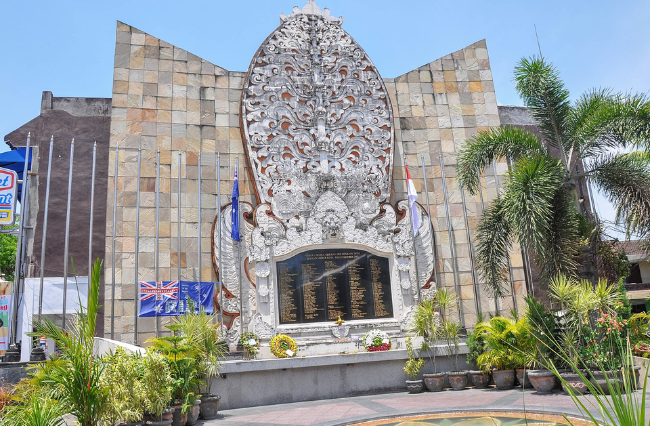 Today, 12 October 2022, marks the 20th anniversary of the Bali bombings. For survivors and loved ones who lost some of the victims of the attacks, it’s a day of reflection and heartbreak.

A number of services are being held around the world, including in Australia at Dolphins Point in Sydney and at Kings Park in Perth.

So what was this senseless act of terror that destroyed hundreds of lives and sent the world into mourning?

The attacks took place in Kuta, on the Indonesian island of Bali. Three bombs were detonated, all at about 11pm on 12 October 2002. The first inside Paddy’s Irish Pub, then soon after inside a van across the road and the third roughly 45 seconds later near the US consulate. The first two bombs were detonated by suicide bombers, and the last bomb by mobile detonation.

Many believe that the second bomb that went off in front of the Sari Pub was designed to kill the survivors fleeing Paddy’s Irish Pub from across the road, while the third bomb failed to take any lives.

A total of 202 people passed away as a result of the attacks. Australia suffered the most losses with 88 deaths, 38 locals also lost their lives as well as 23 people from the UK according to SBS. The remaining victims resided from more than 20 other nationalities.

There were also 209 injuries, including the loss of limbs and extreme burns.

Why did it happen?

The bombings were a terrorist attack. The location in Bali was a popular tourist destination, and according to Ali Imron who was jailed for life as a part of the attacks, the aim was to kill Americans visiting Bali to “defend the people of Afghanistan from America”. Seven people of the 202 that died were from the United States.

What was the fallout for those responsible?

Three men who each had different roles as a part of the bombings were found and sentenced to execution. Amrozi, who helped build and transport the bombs, Imam Samudra, the chief planner of the bombings, and Mukhlas, the coordinator of the attacks, were executed over six years later in November of 2008.

A number of other key figures, including Ali Imron, were jailed for extended periods to life sentences.

Article | Tarquin Oakley is a third-year Bachelor of Media and Communications student at La Trobe University. You can follow him on twitter @TarqOakley.

Photo | The Bali bombing memorial By Jorge Láscar is available HERE and is used under a Creative Commons licence. The image has not been modified.