The indebted Chinese property developer owes more than $US 300 billion. 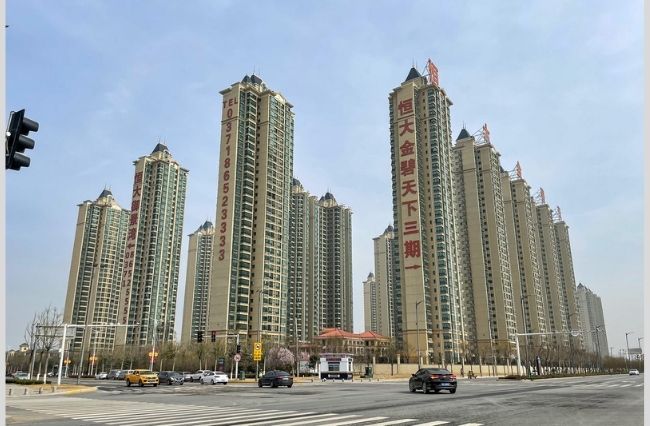 You may have recently heard of the impending collapse of Chinese property development giant Evergrande. Here’s a look at what it all means and its potential economic implications both for China and abroad.

Evergrande Real Estate is the second largest property developer by sales in China, owning more than 1,300 building projects across more than 280 cities. Known as Heng Da Group in Chinese, the company was founded in 1996 by former Chinese steel executive Xu Jiayin. Expanding beyond just the property market, the company now also owns the largest football club in China, Guangzhou FC, as well as health services, theme parks and other business ventures.

Why is Evergrande in a crisis?

Significant and escalating debt in recent years has placed Evergrande in a difficult financial position. After borrowing large amounts of money to finance the construction of more apartments during a real estate boom, Evergrande’s debts accumulated along with the growth of its size and assets. This has culminated in the indebted company owing more than $US 300 billion in various forms, while its share price has also fallen by 85 percent this year.

Changes in regulation and policy related to the real estate market in China has also contributed to Evergrande’s downfall. The Chinese government has become increasingly concerned with the amount of debt associated with the country’s real estate market, prompting the introduction of policies designed to curtail it. This is referred to as the “three red lines” policy.

This has meant Evergrande has been prevented from taking on more debt to finance its operations, forcing their hand in selling apartments at a discounted price in order to stay afloat.

However, Evergrande has expressed concern that they will be unable to sell apartments quickly enough to satisfy its existing debt repayments. The company’s precarious financial situation has also only been further compounded by the potential of being unable to afford the construction of apartments which have already been sold yet remain unbuilt.

What are its implications? How may this impact Australia?

There are fears that the collapse of Evergrande could lead to more broader impacts on the Chinese property market and economy. Some experts also fear that it could even trigger a worldwide financial crisis, however this remains unclear.

With respect to Australia, the downfall of Evergrande and a slump in China’s property market poses a risk to our exports. Australian iron ore, one of our major exports to China, is exported to make steel, primarily for use in construction projects. Therefore, a continual decline in property sales and the construction of apartments may impact Australia’s trade prospects with China in this area.

There has also already been a 60 percent drop in the price of iron ore, meaning if the Evergrande crisis spilled over to the property sector and construction more generally, there is the possibility of a domino effect on the price of this resource.

The prospects of Beijing bailing Evergrande out from its financial struggles remain unclear, particularly in light of its recent crack down on the real estate sector. Despite the injection of money into various other insolvent companies in the past, there appears to be a hesitancy on the part of the Chinese government to do the same in this instance.

On the one hand, if Beijing decides to provide financial relief to Evergrande, it may be perceived as contradicting its recent policy decisions regarding excessive debt. Meanwhile, a decision to not provide assistance may consequently be detrimental to other sectors of the country’s economy.

Photo: Residential buildings developed by Evergrande in Yuanyang by Windmemories available HERE and used under a Creative Commons Attribution. The image has not been modified.