Experts have criticised the order as unlawful, but commentators have also described social media companies as unconstitutional in their censorship. 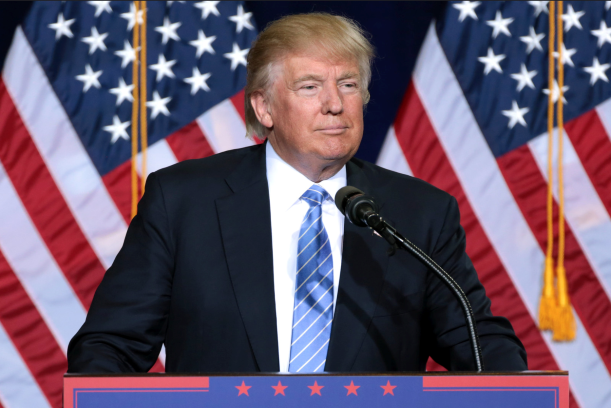 The order is intended to alter Section 230, which has protected tech companies from being held liable for content shared by users on their sites. Tech giants herald these protections, known as the bedrock of the internet. But Trump and others have repeatedly argued that the federal law allows social media organisations to selectively censor users — charges these companies deny.

The executive order released by the White House yesterday says allowing a limited number of online platforms to curate the speech that Americans can access or convey is “fundamentally un-American and anti-democratic”.

“When large, powerful social media companies censor opinions with which they disagree, they exercise a dangerous power.  They cease functioning as passive bulletin boards, and ought to be viewed and treated as content creators,” President Trump said.

“Twitter, Facebook, Instagram, and YouTube wield immense, if not unprecedented, power to shape the interpretation of public events; to censor, delete, or disappear information; and to control what people see or do not see”.

Trump believes social media organisations have “had unchecked power to censor, restrict, edit, shape, hide, alter, virtually any form of communication between private citizens or large public audiences”, stating the monopoly of control on communication by these companies is unprecedented in American history.

But what is Section 230 and why is it important?

Section 230 is a provision of the 1996 Communications Decency Act saying that companies that operate online forums cannot be considered the publisher of all those posts that others put on their sites. Therefore the forum operators can’t be held liable for what others choose to share on their sites, even if those posts could break a law.

The legal precedent-setting part of Section 230 says, “no provider or user of an interactive computer service shall be treated as the publisher or speaker of any information provided by another information content provider.”

Section 230 allows tech companies the freedom to police speech on their platforms based on their company policy and not constitutional law, without the fear of lawsuits.

However social media companies have been criticized in recent years for profiting off potentially harmful content on their platforms, such as hate speech, terrorist propaganda and mis/dis/mal-information surrounding elections. But there has also been criticism of speech policing in the opposite direction by these companies of public figures with ideologies that do not conform to the politics of Silicon Valley.

“The choices that Twitter makes, what it chooses to suppress, edit, blacklist, shadow, ban are editorial decisions, pure and simple. They’re editorial decisions. In those moments Twitter ceases to be a neutral public platform and they become an editor with a viewpoint,” Trump said.

Social media can be frustrating. But an Executive Order that would turn the FCC into the President's speech police is not the answer. It's time for those in Washington to speak up for the First Amendment. History won't be kind to silence.https://t.co/EMXepatxtc

But Trump’s move has received criticism from both sides of the fence.

Is Trump’s executive order in the best interest of free speech?

The social media companies, along with many free speech advocates, have maintained that amending Section 230 would cripple online discussion and bury platforms under endless legal bills. Riva Sciuto, a Google spokesperson said “we have clear content policies and we enforce them without regard to political viewpoint”.

“Our platforms have empowered a wide range of people and organizations from across the political spectrum, giving them a voice and new ways to reach their audiences. Undermining Section 230 in this way would hurt America’s economy and its global leadership on internet freedom,” Sciuto said.

According to the Freedom Forum Institute, the First Amendment protects individuals from government censorship but Social media platforms are private companies, and can censor what people post on their websites as they see fit.

“Given their growing role in public discourse, it’s important to ask ourselves–what exactly are their censorship policies?”.

Forbes says the executive order is a shift in focus away from the pandemic and the crisis in Minneapolis around the death of 46-year-old George Floyd, which the FBI is holding a press conference over regarding the Floyd killing shortly after the signing of the executive order. The U.S. leads all countries in confirmed cases of the coronavirus, 1,712,816, and 101,129 reported deaths.

Photo: By Gage Skidmore available HERE and used under a Creative Commons Attribution. The image has not been modified.