The Victorian government may have signed up to the deal to create more jobs and trade, but that doesn't mean everyone is happy about it. 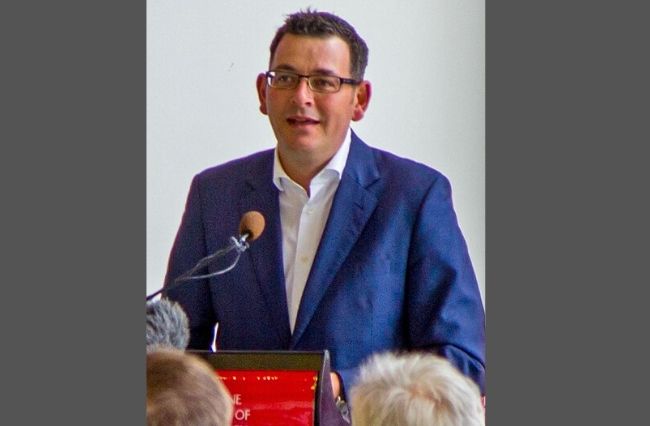 The Belt and Road Initiative has received a lot of criticism over the years since it was first announced properly to the world in 2015,. With COVID-19 deepening tensions between the United States and China, Victoria has been targeted by Mike Pompeo, the Secretary of State for the US. But what is the Belt and Road Initiative and why is a state government involved in international affairs?

The Origins of the Belt and Road Initiative.

The Belt and Road Initiative or One Belt, One Road (OBOR) is an economic and strategic agenda developed and designed by China. It aims to connect Europe, Asia, Africia and Oceania via two-trade route, overland and maritime.

The Chinese government, in their plan, seeks to build a land bridge that will aim to connect economic corridors. In an article published by the South China Morning Post, these corridors will include China to Russia via Mongolia, China to West Asia via Central Asia, China and the Indochina peninsula, China to Pakistan and Bangladesh through to Myanmar via China and India.

There are also plans to create efficient trade routes for the maritime part of the initiative.

But the plan has been criticised.

The former foreign minister of Germany, Sigmar Gabriel criticised the plan, saying it was not in the interests of democracy or freedom.

“The initiative for a new Silk Road is not – as some in Germany believe – a sentimental reminder of Marco Polo. Rather, it stands for the attempt to establish a comprehensive system for shaping the world in Chinese interest,” he said.

“It is no longer just about the economy: China is developing a comprehensive system alternative to the Western one, which, unlike our model, is not based on freedom, democracy and individual human rights.”

Gabriel isn’t the only one to share these concerns.

John Pomfret, a former Washington Post bureau chief in Beijing , in an opinion piece for the Washington Post, said that the Belt and Road initiative appeared to be an imitation of the Marshall Plan.

“… More as an example of debt-trap diplomacy in which China angles to gain influence overseas by bankrupting its partners and bending them to its will,” he said.

This “bending to China’s will” has happened in real life.

Both Sri Lanka and the Northern Territory are just two examples where China has financed infrastructure plans, and then the state or country has to fold on their debt as they can’t pay it. China then takes over and leases the infrastructure for as many as 99 years. The deal with Sri Lanka allows China to have intelligence shared with them.

How is Victoria involved?

Victoria is involved because they signed up to the deal in hopes of generating more trade and jobs. But the details weren’t public knowledge to begin with, the Chinese Government asked that the Memorandum of Understanding or MOU be kept a secret, but due to a state election in 2018, and pressure for the Coalition, the state government released it.

The deal between the state government and the Chinese government is not binding, and with three months notice, either side can terminate the contract.

The deal also garnered criticism from the federal government, when in a radio interview,  Prime Minister Scott Morrison said that Andrews should have spoken to him first.

“Foreign policy is the domain of the Commonwealth Government,” he said.

So why are we talking about it now?

COVID-19 is  deepening the tensions between the US and China. The US continues to state  that the virus is “man-made”, China putting sanctions of Australian imports due to the federal government asking for an independent inquiry into the origins of the pandemic, Mike Pompeo, Secretary of State for the US was interviewed by Sky News.

Pompeo stated that America could disconnect from Australia if there is any risk to the US’s telecommunication safety. But a spokesperson has said that Victoria will not in future agree to telecommunication projects.

“Telecommunications regulation is the responsibility of the Commonwealth government,” they said.

But despite the assurances on the issue, the state government is still receiving criticism as they have refused to put the plan on hold, despite China imposing several tariffs and bans on Australian imports.