Upstart political writer Josie Douglass breaks down what you need to know about this week's news on the National Party and controversial former leader, Barnaby Joyce. 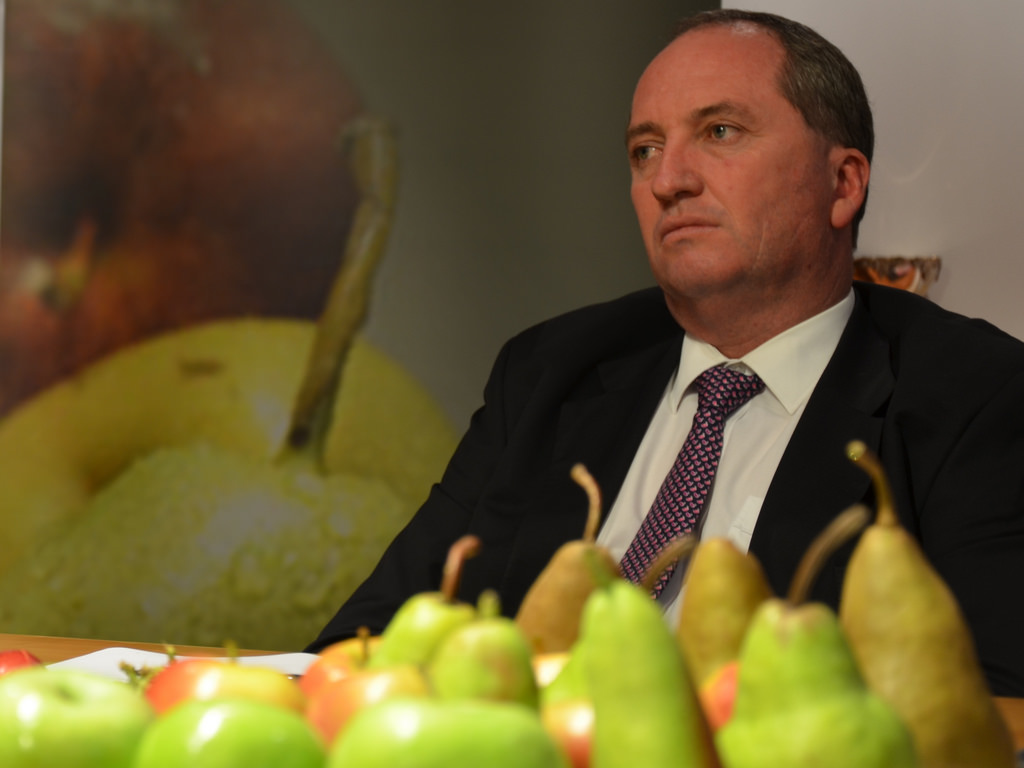 Why is Barnaby Joyce back in the news?

In the last two years you would have heard the name Barnaby Joyce. And it’s generally to do with something controversial. For example, it could have been because he was found to have dual Australian and New Zealand citizenship (dual citizenship is a no-no for Aussie politicians), which meant he had to step down as the leader of the National Party. It could be the fact he had an affair with a staff member who he now has a child with. Or maybe because he was deputy leader to Malcolm Turnbull until 2018.

So this week, there’s been more controversy involving Joyce, and this time it actually involves politics. He has told the media he believes he should be reinstated as the leader of his political party, the National Party, instead of current leader, Michael McCormack.

So, first, I’m going to explain what Joyce’s actual job is, the role he has played in politics and the role he is still playing.

So, who is Barnaby Joyce?

Barnaby Joyce is the member for New England in the House of Representatives. He has held the seat since 2013. He represents the National party.

Okay, but what is the National Party?

The National Party is a political party founded in 1920 and have traditionally represented rural voters. On their homepage it states that their policies include “relief for household pressures, quality local jobs and better wages and safer local communities.”  It’s generally been associated with Aussie farmers and the “battler” type.

Also, it’s probably important that you know that climate change is not a policy that has been put on their agenda. More on this later.

How is the National Party and the Liberal Party connected?

Why is the National Party back in the news?

Mr Joyce has had to resign from his position as party leader on two occasions. First, because he was found to be a dual citizen and second after his extramarital affair with his former staff member Vicki Campion was discovered.

In 2018, Michael McCormack became the leader. However, McCormack’s position has continually been in question because many farmers believe that Mr McCormack has forgotten them and the issues that they are facing.

Lately, climate change has become the major issue for these farmers, particularly due to drought. Instead of dealing with this issue, the National Party are now wanting to build another coal fire station. As you can imagine, the farmers aren’t exactly happy about that.

For example, when The Project’s Waleed Aly travelled to rural New South Wales to investigate how rural farmers thought Mr McCormack was performing as their National Party Leader, they didn’t have much good to say.

“More severe drought is happening quite frequently, we have had to sell quite a lot of our livestock, we are only running half of what we would normally run,” he said.

What are the voters saying?

This doesn’t look good for the Nationals. There are five National Party seats at risk at the next federal election. The seat of Capricornia in Queensland held by Michelle Landry. She only has a 0.6 per cent lead. The ABC believes the seat is on a knife edge.

Ken O`Dowd is the National Member of Flynn in Queensland. Many believe his seat is all but gone, too.

Why should Barnaby Joyce be reinstated as party leader?

Many believe that Mr Joyce will be able to stop the National party’s political woes and infighting and bring the party together.

“If there was a spill and the position’s vacant, I am the elected deputy prime minister of Australia, so I’d have no guilt at all in standing, but I don’t see that happening,” Joyce said on ABC Radio National.

Does everyone in the National Party support Mr Joyce?

No one has publicly supported Joyce in his suggestion.

In fact, the National Party deputy leader Bridget McKenzie has criticised Mr Joyce because she believes he is more focused on himself than the politics.

“I think Australia is frustrated, you know, that there is a politician out there that is not focused on their needs and issues,” she said.

The leadership spill will unlikely happen before the next election.

Another development in this story.

All Joyce has spoken about in the last week is how much he wants to become the leader of the Nationals. Well, today he changed his tune.

“After the election, I hope Michael McCormack is federally elected (as well as Scott Morrison) … maybe it was a misstep” Joyce told the Nine Network.

Well, you might think the story is now over, but knowing Barnaby Joyce, I’m sure we will be talking about him again tomorrow.

Photo: Minister for Agriculture Barnaby Joyce visits APAL By Apple and PearAustralia LTD, available HERE  and used under a Creative Commons Attribution.  Photo was not modified.