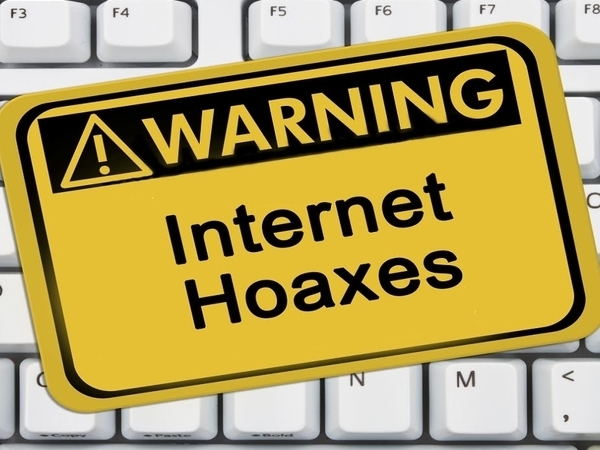 The emergence of online journalism and social media increased the dependency that much of the world has on journalists to report the news as it happens, with no delays.

This pressure to report the news first has exposed the vulnerabilities of journalists. Without undertaking proper research, it is easier than ever to get the facts wrong.

The Internet, and the world, loved it. It went viral on Reddit, Facebook and Twitter, with Time Magazine and Ellen DeGeneres sharing it to their millions of followers.

It wasn’t long before the traditional media followed suit. The Today show, Good Morning America, and Fox News aired the clip, and the broadcasters and audience let out a communal “aw”.

Here’s the catch: it was a hoax. A sketch video made for Nathan for You, a program on Comedy Central. The star of the show, Nathan Fielder, stated that it was never intended as a large-scale media hoax, rather the video simply organically blew up.

It may seem cute and harmless when the online misunderstanding involves baby animals, but this example represents a bigger issue, lack of journalistic fact checking can have severe consequences.

On 15 April 2013, two pressure cooker bombs exploded during the Boston Marathon. Three people were killed, and a further 264 injured.

In the media storm that followed, while police worked to track down the culprits, eventually found to be Dzhokhar and Tamerlan Tsarnaev, civilians went online, to communities like Reddit, and 4chan, and attempted to crack the case of whodunit.

Through this crowd-sourced, virtual manhunt, Sunil Tripathi, a missing 22-year-old man, was wrongly named as a suspect. His photo was uploaded to Twitter, and then Reddit, and the forums lit up with personal details about Tripathi, and supposed evidence that he was the offender.

Mainstream media picked up the lead, with many journalists reporting the Internet speculation. Buzzfeed’s Andrew Kaczynski tweeted that Tripathi had indeed been named as a suspect. In Australia, the photo of Tripathi and his name was published on the front page of The Age.

Tripathi’s family was consequently inundated with hate messages from the general public.

When Tripathi’s body was found on 23 April 2015, later revealed to be the result of suicide, it became clear that all claims had been false. But the damage to Tripathi’s family, and his name, had already been done.

Notably, virtually no one in the media who had written about the Tripathi narrative retracted their claims. The Age article has been erased from cyberspace, and Kaczynski’s tweet was also deleted.

Reddit issued a formal apology for their role in the spread of the inaccuracy, and deleted all discussion relating to Tripathi.

Adam Weinstein wrote that the notable aspect of the media’s coverage of the Boston Marathon bombing was not “How the news got it wrong,” rather “how, mere hours after telling a bullshit story, the news simply told a new story, and expunged the previous one from its memory.”

“Real-time accuracy isn’t always possible in journalism. But no one can call himself a journalist if he can’t acknowledge in the present what he got wrong in the past.” Weinstein said.

There are two entities at play here, the anonymous Reddit users, and the media. Though it is arguably unethical for anyone to post anything to the Internet that is untrue, the fault in this reporting rests on the press who reported it as fact.

Social media has made it easier than ever for citizen journalism to flourish, and increasingly, those citizens take the place of the media.

Considering every man, woman and child now has the ability to publish works and news via the Internet, the major distinguishing factor between journalists and the public must be a guarantee of reporting the truth, and a commitment to checking facts.

“I definitely don’t think I have the same ethical responsibility as the news,” Nathan Fielder, creator of the hero pig video, said.

“When I watch the news, I assume that what I’m seeing, there has been some research done.”

In the fallout of the shocking truth, that the pig did not rescue the goat, Kelly McBride, a senior faculty member at journalism school the Poynter Institute told the Huffington Post that journalists who shared the clip should be ashamed, and that it was a “form of malpractice”.

“When there’s so many nuggets of raw, unfiltered information out there, [a journalist’s] job increasingly becomes to find the most meaningful ones and tell the story behind it.” McBride said.

In her article “The ethics of social journalism”, in the Australian Journalism Review, Jane B. Singer wrote that the pressure on reporters to report quickly has made it harder to verify information before it is published.

Der Spiegel is one publication attempting to buck this trend. While sub-editors are an increasingly dying breed in Australia, the United States, and the United Kingdom, the weekly German magazine has increased their commitment to accuracy by employing a dedicated fact-checking department.

Rather than suffering financially, this has helped, not hindered the publication. Der Spiegel is Europe’s biggest, and Germany’s most influential weekly magazine.

But most journalists won’t have an entire team of fact checkers working alongside them. Journalists must now be their own sub editors, and maintain a commitment to accuracy.

Just as hoaxes have never been so easy to create and fall for, research has never been so simple to conduct, all thanks to the Internet. One of the most powerful research tools in the world is right at your fingertips, start with a Google search.

Communication has never been so easy to initiate. Message the Twitter, YouTube or Facebook user who has published content that needs to be verified. If they do respond, ask for evidence, and verify with third parties if possible. Make a phone call, search for an email address, or an employer if appropriate.

If they don’t respond, journalists must use their observational skills, and take note of red flags. If something doesn’t seem right, then chances are it isn’t.

Yet even the most diligent of researches may get something wrong eventually, and especially then, the commitment to truth remains.

Journalists should not shy away from their infallibility. Rather than deleting a tweet proved to be incorrect, and pretending it never existed, a journalist has a responsibility to own up to the mistake. They must admit they were wrong, and apologise for any harm caused.

In the media, credibility is so tightly entwined with accuracy.

If the audience can’t trust the journalists to pick up that the pig rescue was a hoax, then how can they be expected to trust them on larger matters?

A journalist’s ability to fact check is the underlying, ethical trait that distinguishes them from the anonymous posters on Reddit, or the everyday social media user.

Diligence is necessary, no matter how cute the hoax.

Claire Varley is a second-year journalism student at La Trobe University. You can follow her on Twitter @ClaireVarley_.