Fairfax journalists begun a week-long strike yesterday in support of the future of journalism. 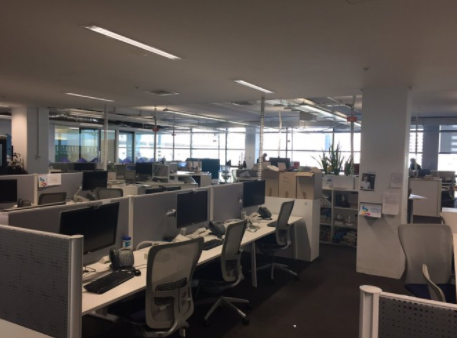 Journalists from the Sydney Morning Herald, The Age and The Financial Review announced via Twitter yesterday that they will be commencing a week-long strike.

This comes after Fairfax Media announced it would cut more than 120 editorial jobs — approximately a quarter of its newsroom — in an attempt to cut costs by $30 million.

The strike comes at a crucial time for Australia with the federal budget being released on 9 May.

The job cuts are Fairfax’s way of counteracting declining advertising and circulation.

Ad revenue for Fairfax’s metropolitan media arm has dropped 16.6 percent in the first half of the current financial year.

Fairfax called the decision an effort to secure the titles’ future,.

The job cuts were only revealed to its staff yesterday morning via email.

.@PoliticsFairfax staff walk out of the Parliamentary Press Gallery, joining their colleagues on a week long strike #fairgofairfax @abcnews pic.twitter.com/tashwP3fSN

Journalists at other newsrooms around Australia, including The Brisbane Times and The Newcastle Herald, have also walked off the job in support of their Fairfax colleagues.

“We are taking this action today (striking) because we are shocked and appalled at the decision that management has taken,” he said.

Fairfax Media issued a statement saying that print and digital media will be published “as usual”.

“We are disappointed in the decision by some of our masthead journalists to take unprotected industrial action for seven days after a month-long consultation period about necessary changes in our Metro Media business. But it is not the first time we have had industrial action,” a spokesperson for Fairfax told the ABC.

Those holes in the paper you see are the gaps in coverage there’ll be with cuts being proposed. #fairgofairfax pic.twitter.com/1wwraNljKX

Fairfax have given a deadline of 9 May, for its editorial team to nominate themselves for voluntary redundancy.

It is believed that 10 staff have already left and will not be replaced.

The Media, Entertainment and Arts Alliance (MEAA) has condemned the move, saying the decision will weaken Fairfax’s business.

“None of the other parts of the Fairfax business are worth anything without the journalism and yet it is the journalism that Fairfax always cuts,” MEAA chief executive Paul Murphy told The Sydney Morning Herald.

Sydney Morning Herald science editor Marcus Strom, told the ABC that his colleagues are concerned for the future of quality journalism.

“We’re just devastated that the company once again reaches for cuts because they haven’t worked out they need to invest in journalism. They’re not sharing the pain at the top of the company,” Strom said.